Microsoft Flight Simulator is a game which is unlike anything else on the platform, offering players the ability to fly into seemingly every airport on earth while also simulating the entire globe with a map that's more accurate than anything that we have ever seen before.

To run at its best, Microsoft Flight Simulator requires a strong processor, high-end graphics cards as a fast/stable internet connection. The game itself weighs in at over 100GB, but that alone is nowhere near enough to store the game's world map at its highest possible detail levels. Storing and loading-in accurate interpretations of practically every town and village on earth requires too much data for any hard drive or SSD to store, making internet connectivity a must if you want to see Microsoft Flight Simulator at its best.

On pages five and six of this analysis, we showcased how hard Microsoft Flight Simulator can be on modern processors. However, we must note that the game's performance profiles can differ greatly depending on what you are doing. Take-Off, Landing and low altitude flights are inherently more challenging than high altitude flight, which is why our benchmarks are split into two scenarios.

First, we have our demanding CPU-focused take-off benchmark from New York's JFK International Airport, and second, we have a flight at 12,000 feet over Northern Ireland. Both benchmarking locations are CPU-limited at 1080p, but they both represent very different performance levels and characteristics.

During take-off, Microsoft Flight Simulator is incredibly CPU-limited, though the game doesn't appear to make use of more than eight threads. Inter-core latency appears to be a limiting factor, which could be an issue with some of AMD's older Ryzen processors, though this is discussed in more detail on pages five and six. Even at low settings, a steady 60+ FPS framerate is not possible on our test system, though given what the game is trying to simulate, it is easy to see why performance levels are not as high as we would like.

Given Microsoft's support plans for Microsoft Flight Simulator, and the company's plans to release an Xbox version of the title, it is likely that the game will receive a DirectX 12 update in the future. These changes will likely result in further performance-focused patches/optimisations to get the game running on console hardware. These developments will likely result in better PC performance in time, though the ETA of these new versions/patches remains unknown. 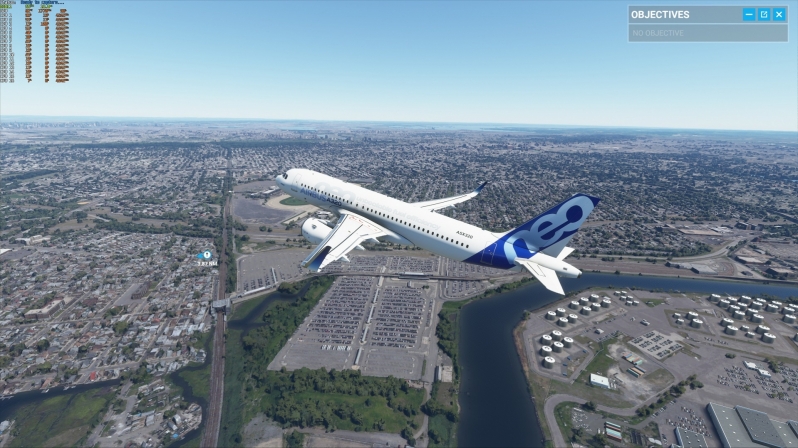 When high above the clouds, Microsoft Flight Simulator remains CPU limited, but to a much lesser extent. Here, 60+ FPS framerates are a lot more viable, and at high resolutions the game becomes much more GPU constrained. Given the fact that most flights spend a lot more time at high altitudes than they do during the take-off/landing process, we found it essential to focus on these areas separately.

Graphically, it is clear that Microsoft Flight Simulator is designed for future generations of PC hardware, requiring graphics cards like AMD's RX Vega 56 or Nvidia's GTX 1080 to achieve average framerates of over 60 FPS at 1080p High settings. At Ultra, stronger hardware is required for these framerates.

Even at its best, Microsoft Flight Simulator can suffer from framerate spikes and jitters, though this can be masked by how slow-moving both clouds and the ground appear during high altitude flight.

Microsoft Flight Simulator is a game that can place tremendous strain on both graphics cards and processors alike, making it one of today's most demanding PC games. Even so, it does this by achieving technological feats which were unachievable before now, which makes the game's performance shortcomings forgivable, especially given the game's slow pace.

Our hope is that Microsoft can do something to get Flight Simulator running better on the CPU-side, as this will address a lot of the performance issues which players are facing. At this time, it is hard to know what Microsoft can chance to address these issues, be it with extended multi-threading support, lower-level hardware access through DirectX 12 or other software-level changes. That said, it is hard to call this game "unoptimised". It is plain to see the challenges that Microsoft and Asobo have had to overcome to make this game possible in the first place, never mind make this game run well on consumer-grade PCs. 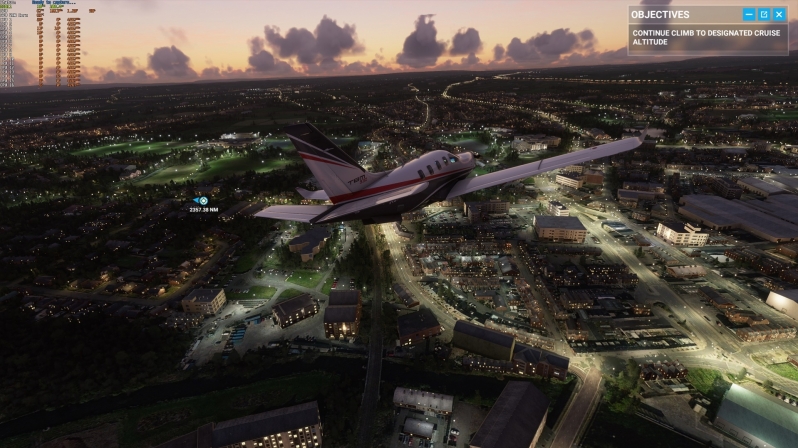 Microsoft Flight Simulator 2020 is an incredible game, delivering something which was previously seen as unachievable. While the game is incredibly demanding on today's hardware, it rewards players with an experience like no other, and visuals which can truly be called "next-generation", even if the game lacks ray tracing.

Most PC gamers will need to play Microsoft Flight Simulator using its Medium or High-End presets, as the game's highest settings are clearly designed for future graphics cards and processors. While the game isn't free of issues, 2020's iteration of Microsoft Flight Simulator is a technological masterpiece and is certain to be remembered as one of this year's best-looking PC games.

You can join the discussion on Microsoft Flight Simulator's PC Performance on the OC3D Forums.