With Metro Exodus our CPU testing is twofold, Ray Tracing On at 1080p and Ray Tracing Off at 1080p, simple right? Starting with Metro, we will also be moving our CPU tests from Nvidia's GTX 1080 to their RTX 2080 Ti. This change will allow us to more easily spot CPU bottlenecks, or any significant performance differentials between Intel and AMD processors in gaming workloads.

With Ray Tracing turned off, we can see that our 4GHz Intel i7-6850K offers a clear performance lead over the AMD Ryzen 7 1700X at the same clock speeds. Both CPUs stay over 60FPS at all times with their stock core counts, so this shouldn't be a major concern for players. During our benchmark run, the RTX 2080 Ti was often not under full load, pointing at a potential single-threaded performance limitation. In other words, we could get more performance using higher clocked processors.

When it comes to core counts, we only noticed problems when moving to a 2c/4th configuration, which means that we strongly recommend a powerful quad-core or greater processor when playing Metro Exodus. This sits in line with the game's minimum system requirements, which advocates a quad-core i5 or better.

Strangely, Metro seems to prefer CPUs that lack hyperthreading, with 4c/4th configuration on AMD's Ryzen and Intel's Broadwell-E processors offering better performance than the same CPUs under a 4c/8th configuration. 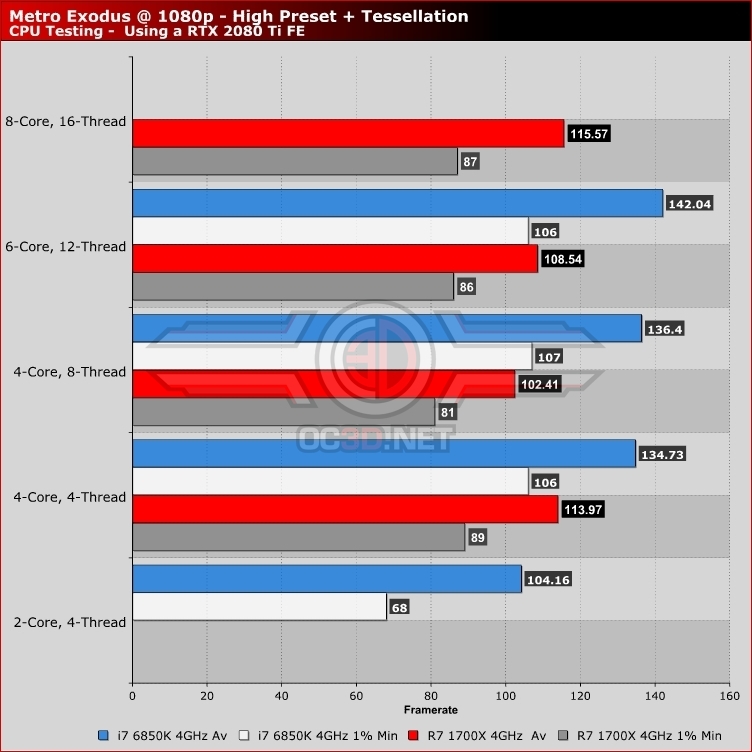 When we turn Ray Tracing on, we see the performance gap between AMD and Intel processors get smaller, but we also see performance start to drop off when we move down from our 6c/12th core config on the Radeon side. Metro can clearly use more than four cores, but the performance benefit is limited. Both setups remained above 60FPS at all times during our testing. 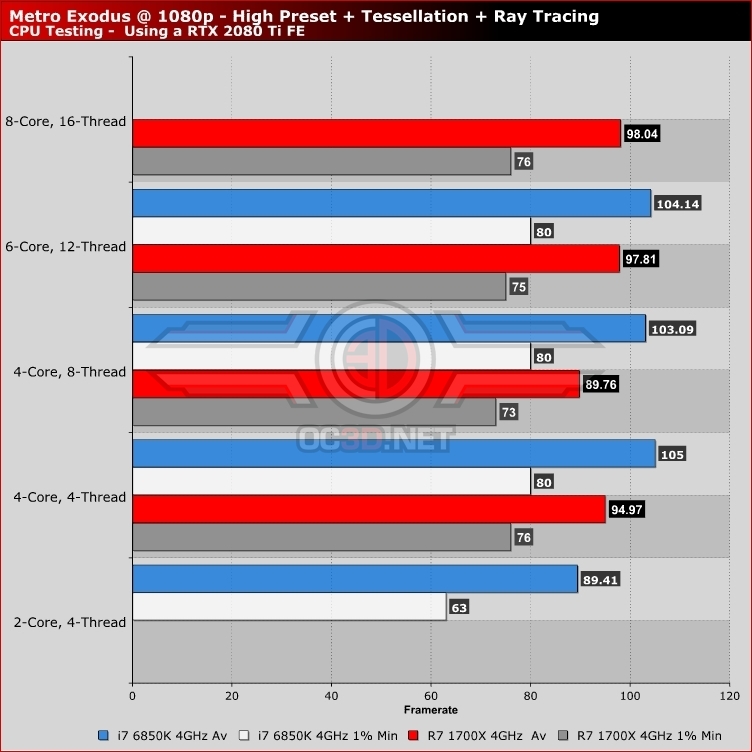