Metro Exodus is designed to run using either the DirectX 11 or DirectX 12 graphical APIs, which means that we need to find out which API is better, right? To do this, we tested the game at 1080p and 4K using a variety of graphics cards, testing the GPU and CPU demands of each API. 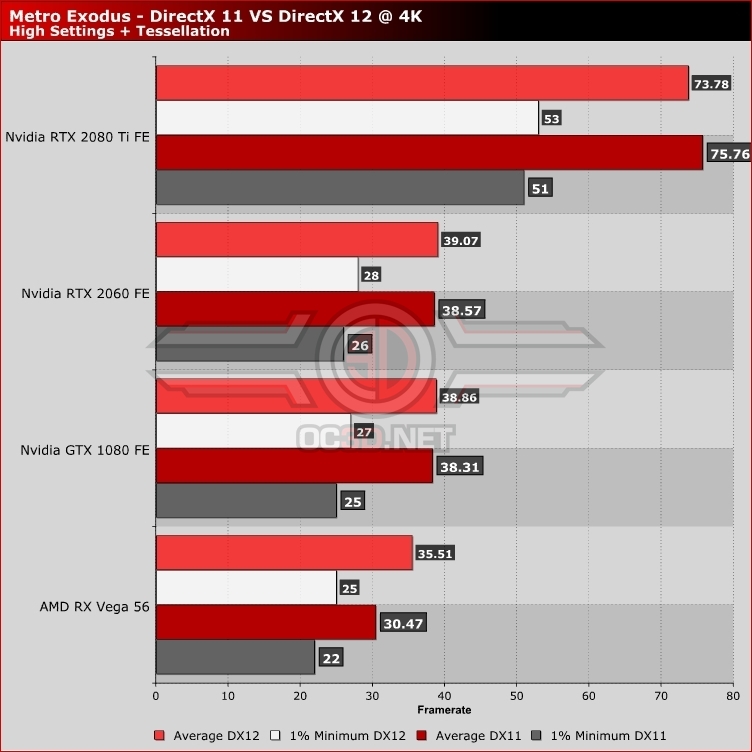 Moving down to 1080p we can see more of a mixed bag, with the RTX 2080 Ti offering slightly better average framerates and an identical 1% minimum. This is likely due to CPU utilisation, as no other GPU experiences a notable performance benefit under DirectX 11.

In camp Radeon, both the RX 580 and RX Vega 56 offer major performance benefits under DirectX 12, whereas Nvidia's performance is nigh identical under both graphical APIs. 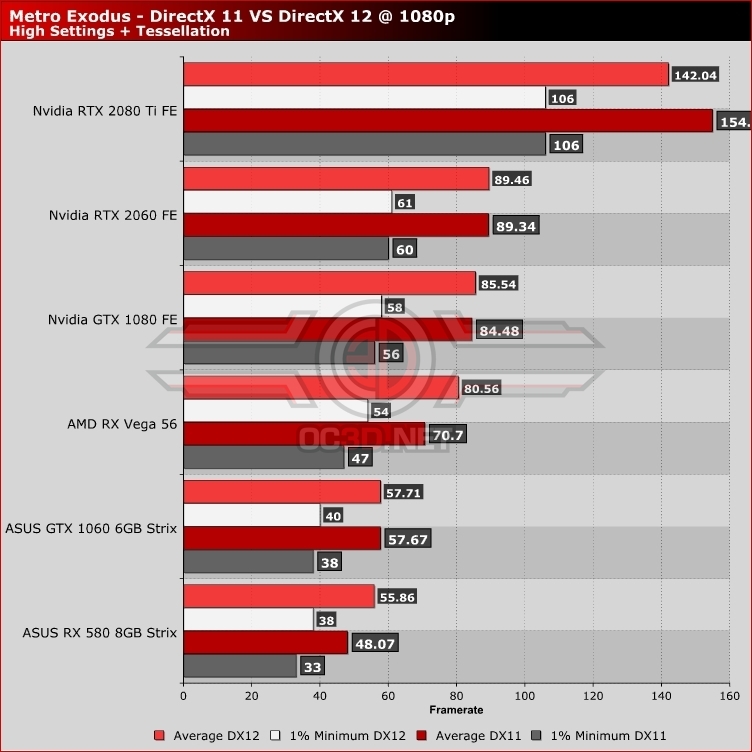