On older 2GB graphics cards like the R9 380 and GTX 960, we found that Metro Exodus needs a lot of adjustments to run well, with the R9 380 2GB running into issues even while using the game's low settings and a sub-sampled 1080p resolution.

Both GPUs performed better under the DirectX 11 API, likely due to memory constraints, though the GTX 960 fares a lot better when using the games lower graphics. Achieving a 30+ FPS framerate is more than possible here, but we are clearly entering into an era where 2GB graphics cards will not be enough for gaming anymore. There is a reason why Nvidia released a 3GB GTX 1050 last year... 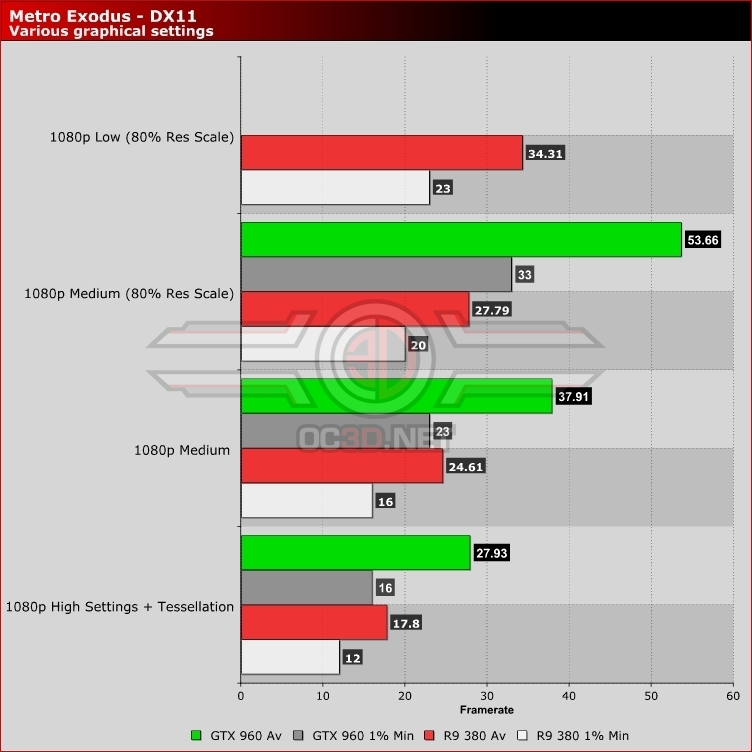