How to Reduce Call of Duty: Modern Warfare's Install Size on PC

You can reduce the game's install size by up to 115GB

How to Reduce Call of Duty: Modern Warfare's Install Size on PC

Today, we will be showing you how to uninstall the optional portions of Call of Duty: Modern Warfare's PC version.

First, log into Battle.net and navigate to your Call of Duty: Modern Warfare install. Enter the dropdown menu for "Options" and select "Modify Install".

The image below shows where these options are. 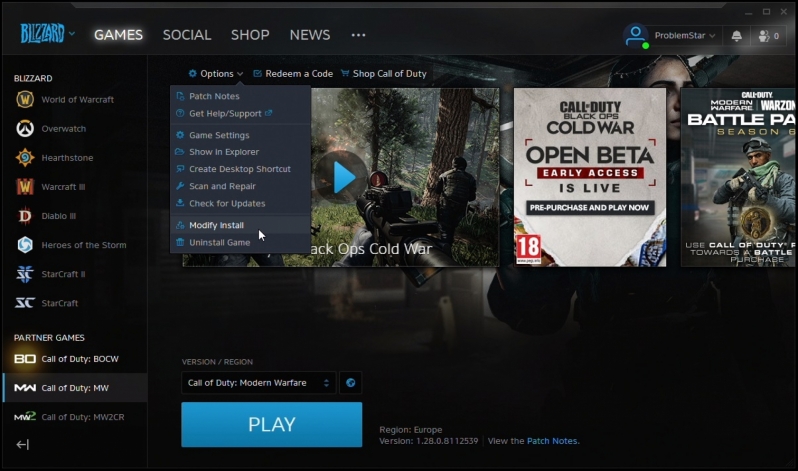 Selecting "Modify Install" above should allow you to enter the menu shown below, where players can see what game content is currently installed on your PC. Select "Modify Install" to be able to uninstall Modern Warfare's Campaign, Multiplayer and Spec Ops modes. 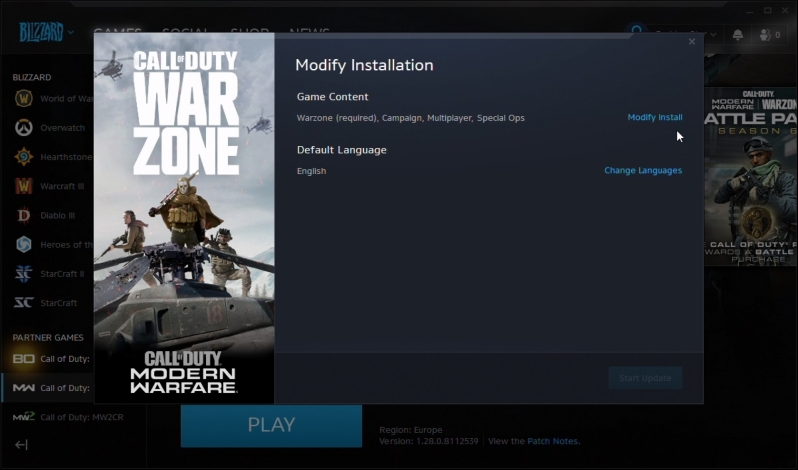 From this menu, uninstalling specific game modes is an easy process. First, untick the modes which you want to uninstall, and then select "confirm". After an option is unticked, you will be told how much storage space will be recovered when these sections of Modern Warfare are uninstalled.

When Modern Warfare's campaign, Multiplayer and Special Ops modes are uninstalled, it is estimated that 129.16GB of files will be uninstalled. 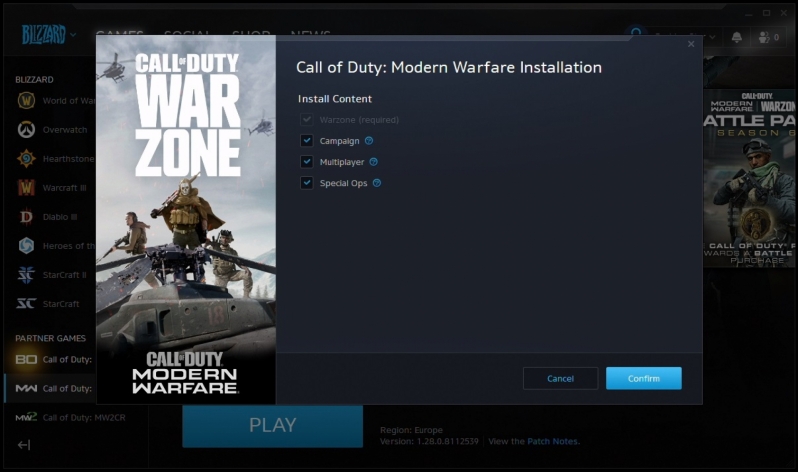 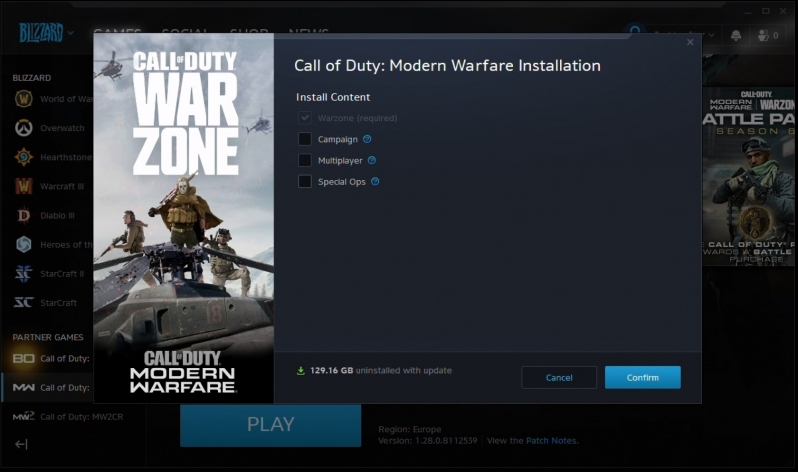 How much storage did we free up?

By uninstalling unwanted sections of Call of Duty: Modern Warfare, up to 115GB of storage space can be saved. This is great news for those with limited SSD space or those who want to put off purchasing a new HDD or SSD for another few months. 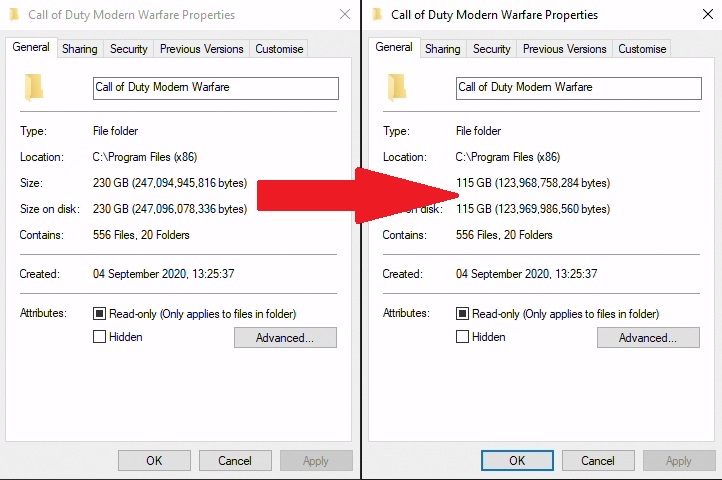 You can join the discussion on how to reduce Call of Duty: Modern Warfare's install size on the OC3D Forums.

Dicehunter
The single player campaign is a 47GB download but it needs Warzone which is an extra 129GB for a total of 176GB, That's just terrible coding.Quote

Warchild
Why is Warzone mandatory?Quote

Warchild
Quote:
Perhaps its me being a little lazy or ignorant too as I dont even know what Warzone is. I assume its some MP portion of the title?

Id google but i already wasted time on this post

Dark NighT
Quote:
I've read that it contains the battle royale portion of the multiplayer.Quote
Reply