Introduction - A Return to the World of Assassination

Introduction - A Return to the World of Assassination

The release of Hitman in 2016 was a controversial one, moving away from traditional monetization models to make way for an episodic format, a move which would ultimately prove to be a misstep for the franchise.

While I won't deny that I enjoyed my time with Hitman 2016, I cannot deny how disappointed I was that the game's content was delivered in such small chunks, preventing potential binge sessions by locking down players to what was often single levels at a time.

As a game, Hitman had its issues, but its PC version was a strong offering, complete with plenty of graphical options and a respectable DirectX 12 implementation, but with Hitman 2 a lot of things have changed, the biggest of which being the game's publisher. IO Interactive has moved away from Square Enix and has fought tooth and nail to retain the Hitman IP, a change that has left the studio with a lower budget.

On PC Hitman 2 has had to make a few sacrifices to make it to market, with the came lacking the benchmarking mode that the 2016 version championed while also offering a more restrictive graphical options menu, dropping DirectX 12 entirely to go all-in on DirectX 11.

In this overview, we will look at how Hitman 2 performs and see how easy (or difficult) it is to get this game running at high framerates. Will Hitman 2 be a stellar sequel or has Agent 47's bald head lost its high-performance shine? 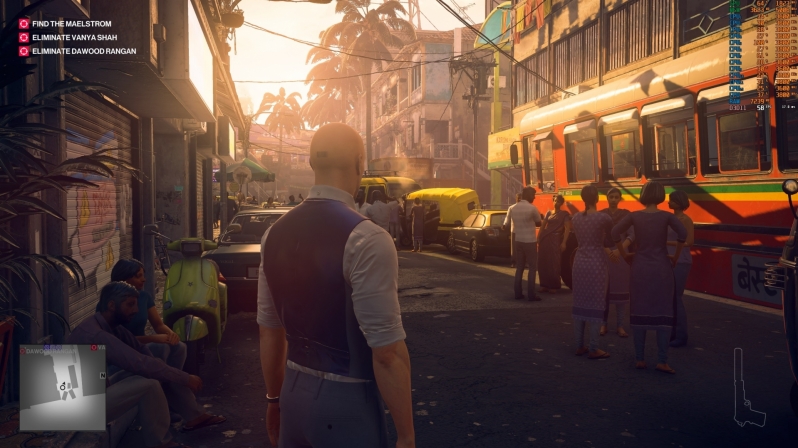 AlienALX
hahaha that pic is hilarious

WYP
Quote:
It's good to have fun with the images.

Apologies for how late this one is peeps, I was unwell last week so things got a little delayed.Quote

BFBC2033
Your testresults are quiet unusual, just take a look around. For example Setve from hw undboxed got his vega 56 infront of a 1070ti, yes thats a bit high but way more in line than what you got. I would strongly suggest you to look at your testsetup. Your test is the only one with such a massive deficite for AMD. Also those childish pictures leave a untrustworthy tast behind.Quote

WYP
Quote:
I will have a look the HW Unboxed's findings and see how his test location compares to the one that we used.

We use a location that is much later in the game and represents some of the worst performance that the game can offer. I will look at the game again to see if anything changes, but each graphics card has a clean driver install, so it isn't that.

The mission HW unboxed used appears to be one of the lesser demanding areas, but I will report back when I look into things a little more.Quote

NeverBackDown
Quote:
It all depends on the mission. Reviews have never been apples to apples even with the same hardware. Not sure why you expect anything else?

As for the pictures they are so irrelevant that to assume it makes an article untrustworthy is to me quite childish that it bothers someone. I only mention this because you come off as an AMD guy who is upset the vega 56 and the cover article photo both show AMD falling behind. I mean we already know a Vega 56 is slower than a 1070ti, so I again don't know why you expect anything else mate?

Food for thought, maybe Steve's results are a bit off and not WYPs? I would be more suspect a 1070ti lost a Vega 56 than anything.
Not attacking you. Just curious as to why you think the review was bad when it honestly is one of the very few performance reviews on the internet that I found. I looked around as you suggested and found just this article. Nothing else comparing really anything(outside of consoles from Digital Foundry).Quote
Reply