Hellblade: Senua's Sacrifice has been released on both PC and PS4, utilising Unreal Engine 4 to create a game that is uncomfortable, disturbing and very interesting to play.

This game has been released by Ninja Theory, the studio behind DMC and Heavenly Sword, creating Hellblade as a "AAA Indie" title without the help of a publisher, hoping to find success as a mid-tier game developer. Without a publisher Ninja Theory has been able to focus on their game without external interference, allowing them to create a game with a sharp focus on mental illness, which is something that most publishers would deem "too risky".

The game itself is a highly narrative focused experience, with the titular character Senua embarking on a quest to the Nordic underworld to raise her lover from the dead. The game is a dark experience with both exploration, puzzles and combat elements, all of which become increasingly difficult and satisfying as we have progressed through the game.

As always, we will be using the most recent drivers from AMD and Nvidia at the time of release. This means that we will be testing this game with AMD's Radeon Software Crimson ReLive 17.7.2 Driver and Nvidia's Geforce 384.94 driver.

Please note that AMD has not released a game specific driver for Hellblade: Senua's Sacrifice, which means that AMD could achieve some extra performance in the future if they plan to release a driver update for the game. Nvidia's latest drivers are "Game Ready" for Hellblade, which gives them a distinct advantage from a driver perspective. 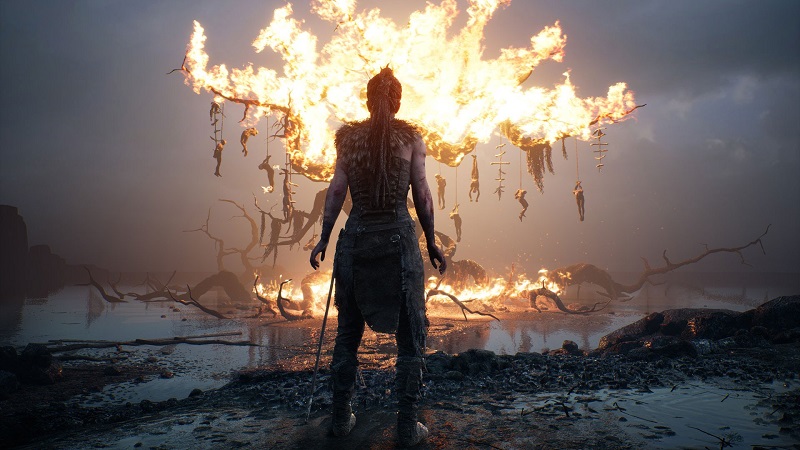