If you scroll down this page, you will be able to see something that has left us disappointed in Halo: Combat Evolved Anniversary's PC performance. Framerates aren't as high as we expected, especially at 1080p.

While our i7-6850K at 4GHz isn't super high-end by today's standards, it's much better than what Microsoft currently offers on any of its consoles. This should leave you to wonder why steady 100+ FPS framerates have proven to be so challenging on PC. Yes, this problem will be solved by a 5GHz processor like Intel's i9-9900K, but isn't that a little overkill for PC re-release of an almost nine-year-old remaster of a game that almost 19 years old?

Our test area for Halo: Combat Evolved is within the game's "The Silent Cartographer" mission. 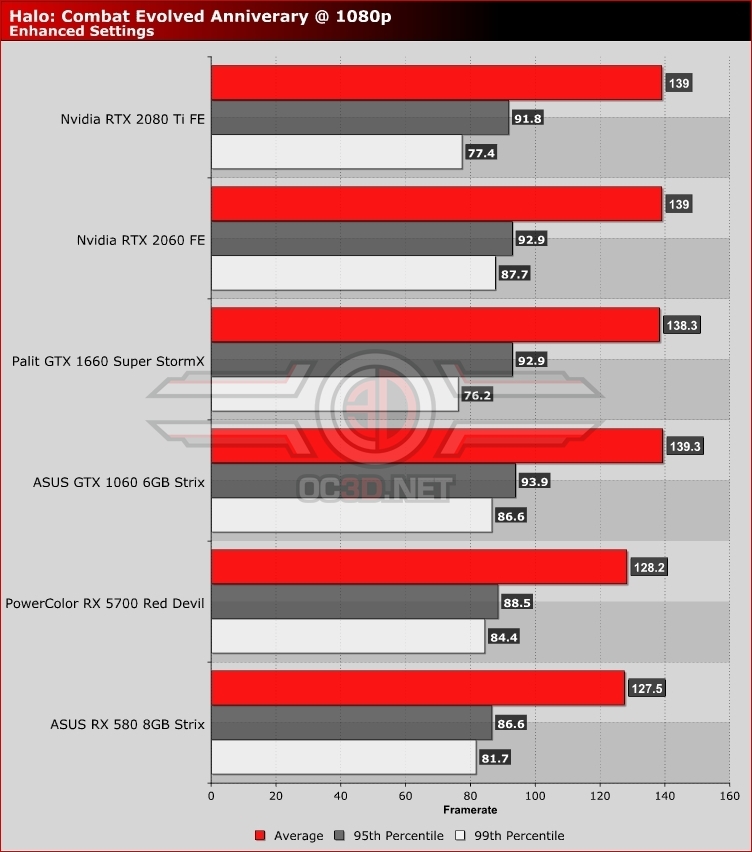 At 1440p, framerates are mostly identical to each of our tested GPU's 1080p performance, with some graphics cards seeing a minor drop in average framerate. 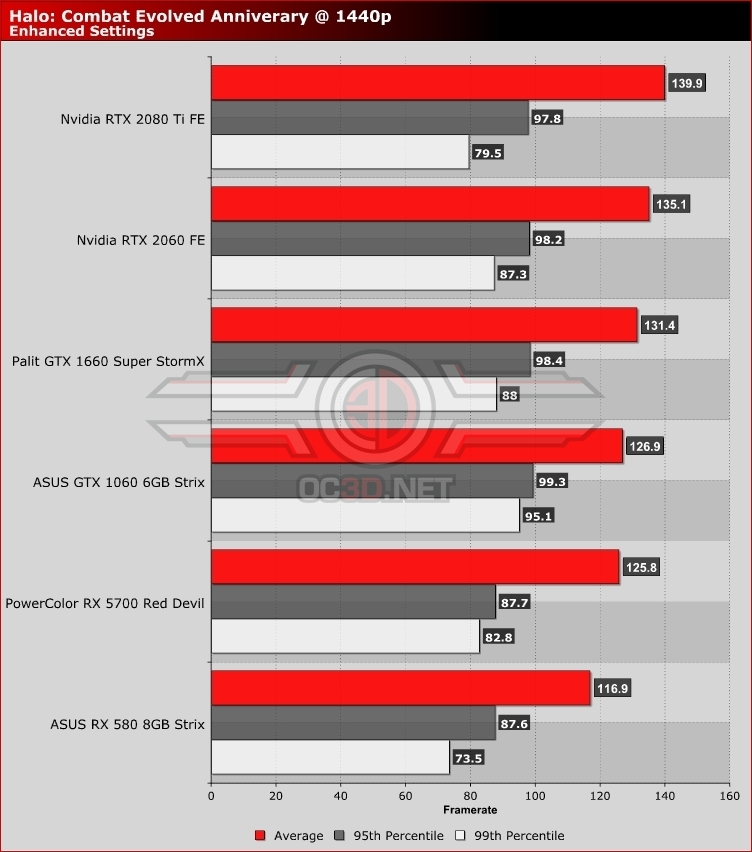 At 4K we start to see our lower-end graphics cards struggle, but none of them seeing 99th percentile frameratesdip below 60FPS, which is ideal for playing Halo:CE on a modern television screen. 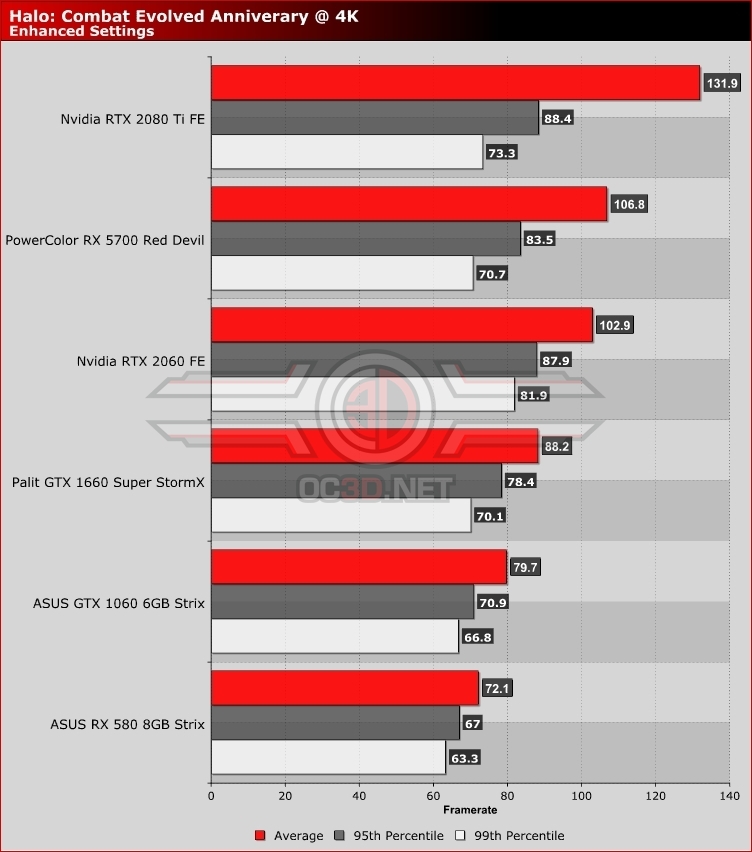