CPU Performance - Core Scaling and the power of DirectX 12

CPU Performance - Core Scaling and the power of DirectX 12

GRID (2019) is the first game from Codemasters to support DirectX 12 exclusively, offering players no option to switch the game to DirectX 11 mode. One of the major benefits of DirectX 12 is the API's ability to make efficient use of multi-core processors when utilised correctly. This is definitely the case for GRID, which sees significant performance increased as we move towards higher core/thread counts.

In our daytime race tests, we can see significant increases in 99th and 95th percentile framerates as well as average framerate when using higher core/thread counts. It is also possible that even higher core counts, or core clock speeds, could result in further performance enhancements. 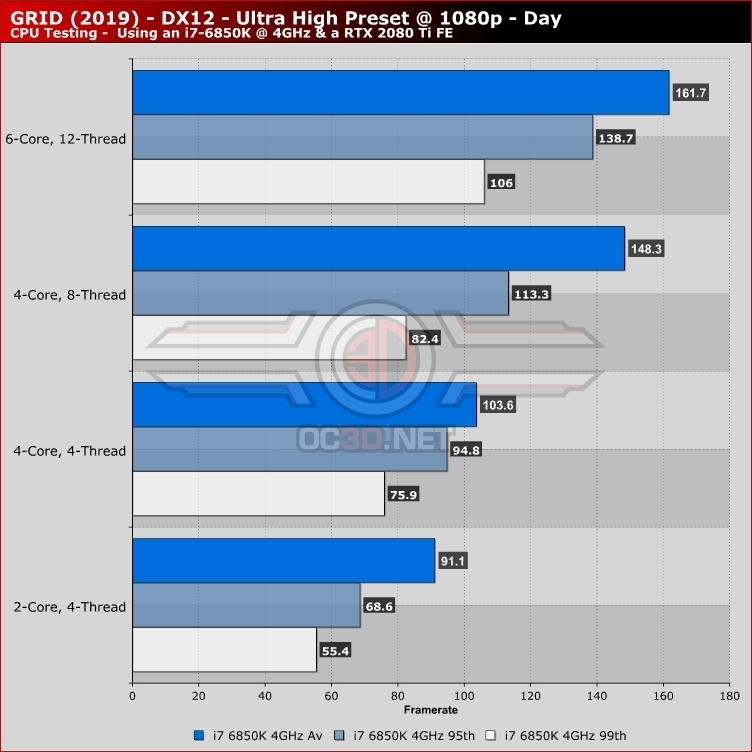 In our more demanding rain benchmark runs, we can see similar improvements to GRID's framerate on PC when using higher core/thread counts. While performance seems mostly identical when using our six-core and quad-core hyperthreaded configurations in these benchmark runs; it should be noted that our higher thread count system offers players higher 99th percentile framerates, making the game a lot smoother. 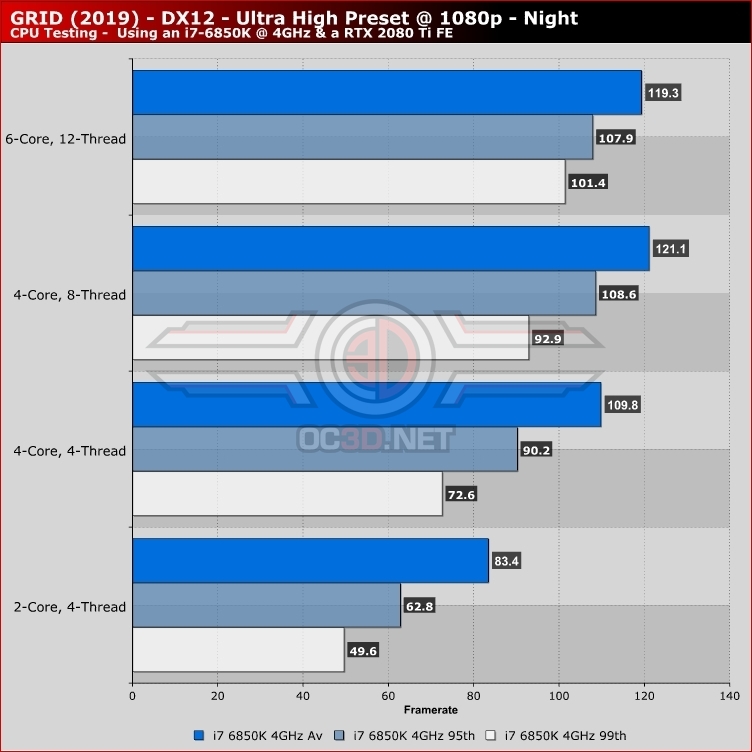