GRID (2019) is an incredibly scalable PC game, offering players the ability to play the game across a wide range of hardware that ranges from basic laptops with integrated graphics to ultra-high-end PCs thanks to the game's large number of graphical options.

In the comparisons below, we list the graphics card that we used, Powercolor's Radeon RX 5700 Red Devil, the in-game settings we used and the framerate that GRID was running at during our testing. This should help show you how well GRID was running at our chosen resolution of 1440p.

Let's be clear, Ultra Low and Low settings are designed for systems with integrated graphics chips like the AMD's Raven Ridge/Ryzen Mobile series of APUs or PCs with older DirectX 12 capable graphics cards. At these settings, the game makes several deep visual cuts, from the removal of crowds at Ultra Low to the removal of all article effects. 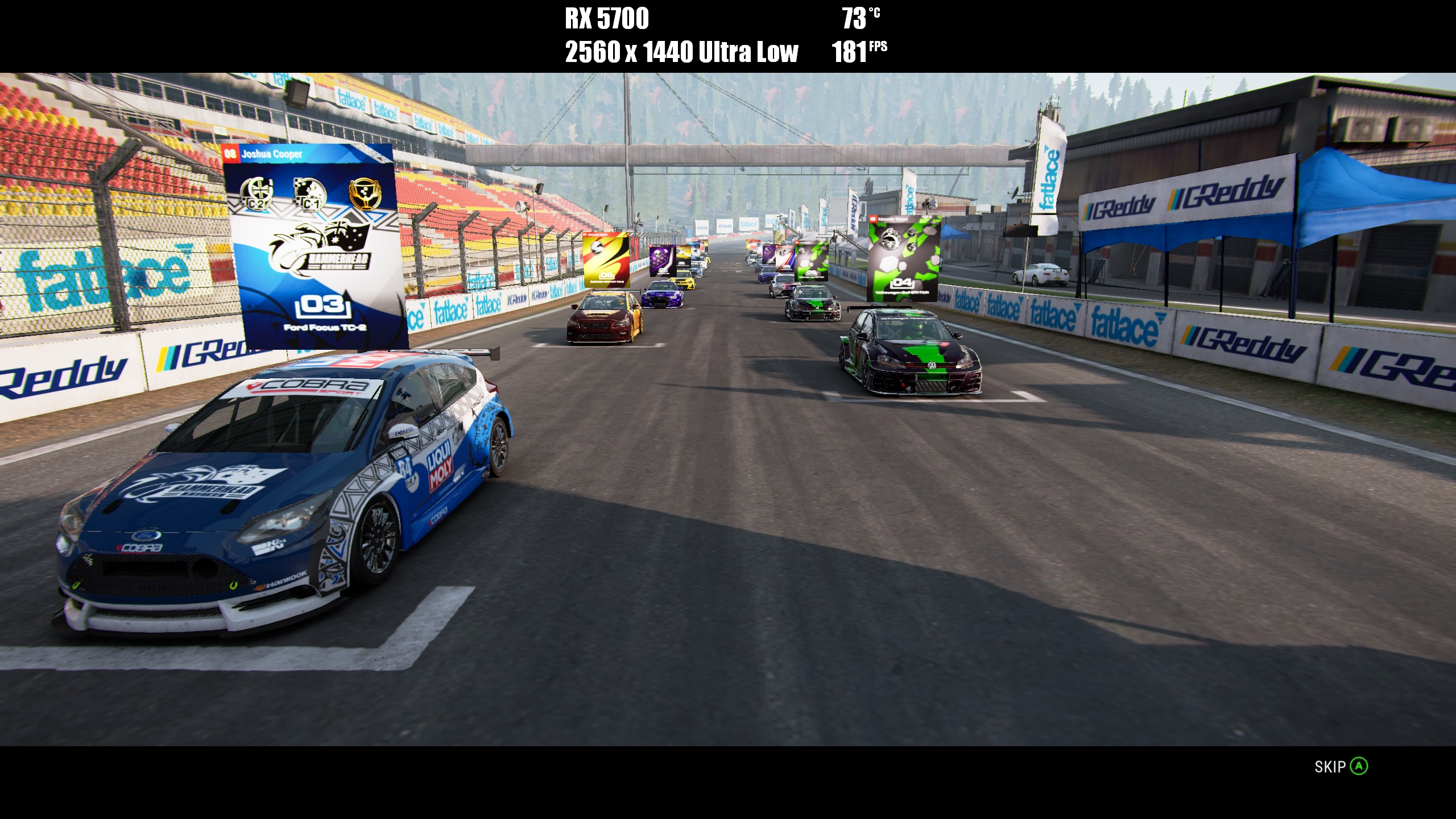 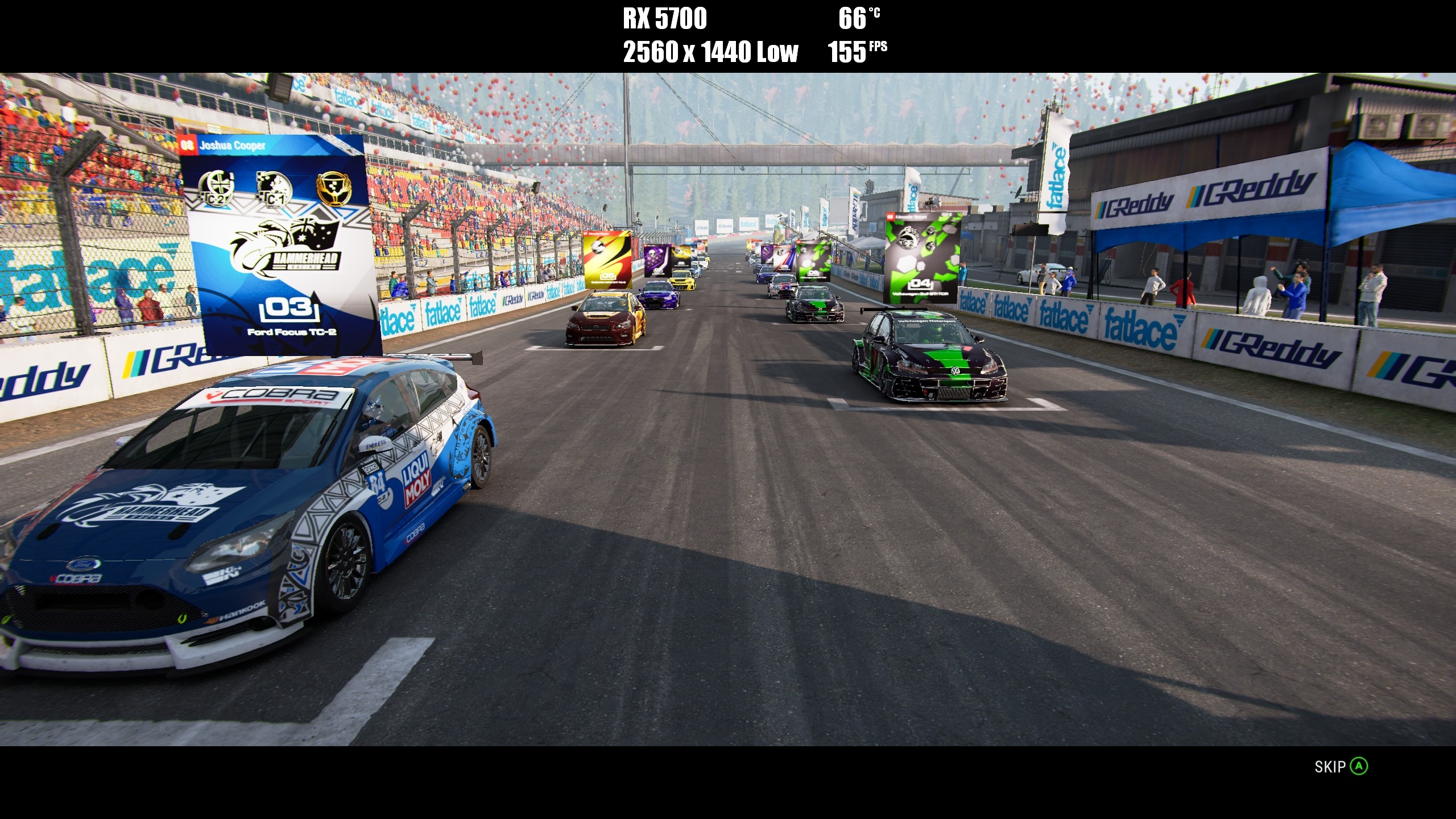 At low, GRID's visuals see a significant uplift, though the game's lack of Anti-Aliasing will give the game a jagged appearance in motion. TAA is an extremely useful option in this regard, though it does come at the cost of sharpness. This is why a post-process sharpening tool like AMD's FidelityFX would have been a great addition to the game.

Even in these static screenshots, we can see that crowds return to GRID at low and that balloons and confetti can litter the game's race tracks. These small details help to inject life into GRID, and add a level of vibrancy that the game's Ultra Low settings lack. At Low, most of GRID's graphical features are in place, albeit in a toned-down form, but at least the game looks mostly as it should. 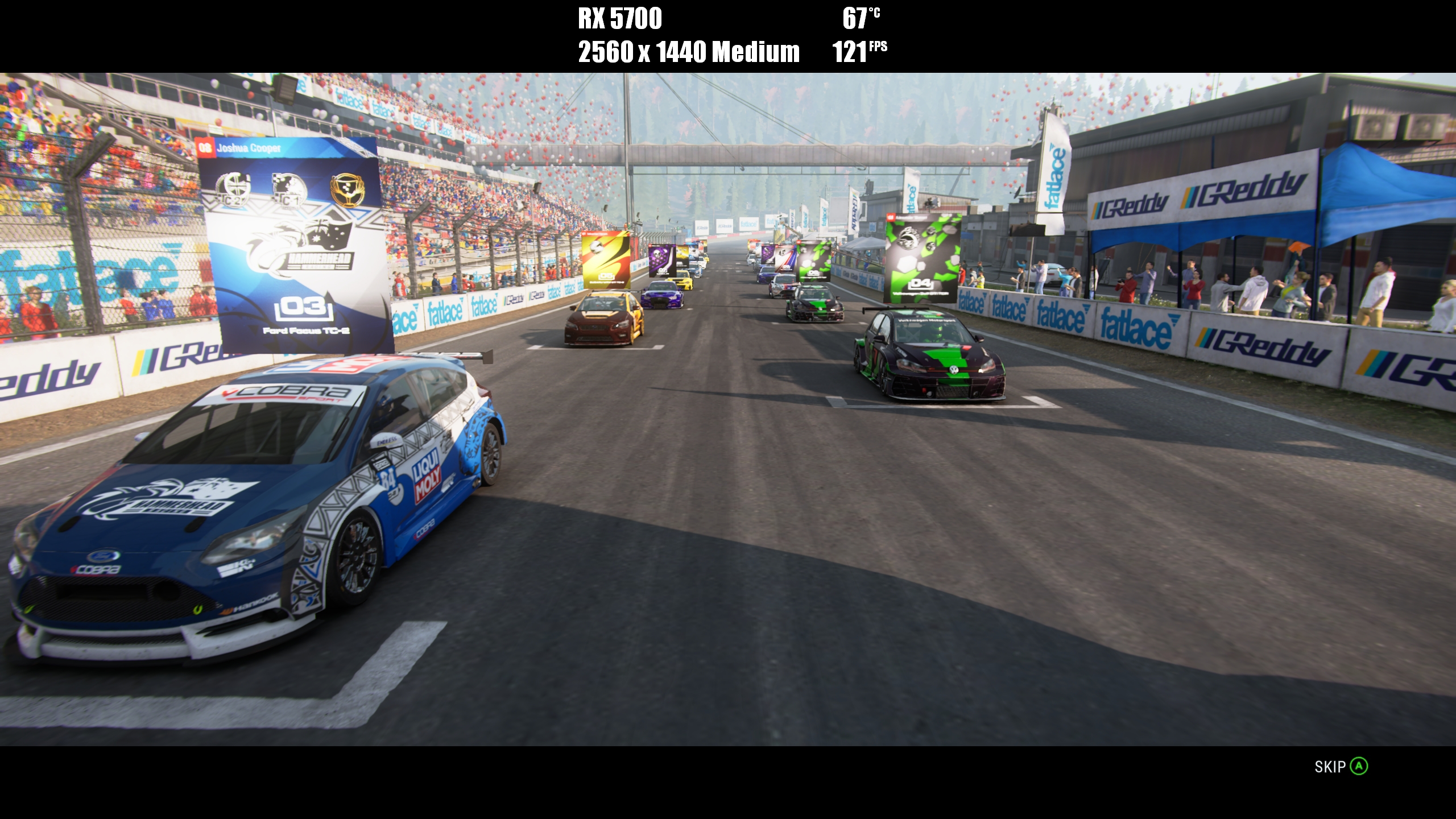 At Medium settings, GRID gains most of its full graphical feature set, with Ambient Shadows being on game's only missing graphical feature. Yes, things are still toned down for Medium, but the game looks pretty good at these settings.

The only downside that we can see at Medium is that the game's TAA is extremely blurry. While aliasing is eliminated, much of the game's fine detail is lost, making us yearn for a post-process sharpener or a less blurry implementation of TAA.

Cranking things up to high will result in GRID gaining higher resolution textures and ambient shadows across the game. Strangely, the balloons are missing at high on the screenshot below, but this is mostly due to run-to-run variations in races, rather than the removal of a graphical feature. Only GRID's Ultra Low preset removed balloons from all races. 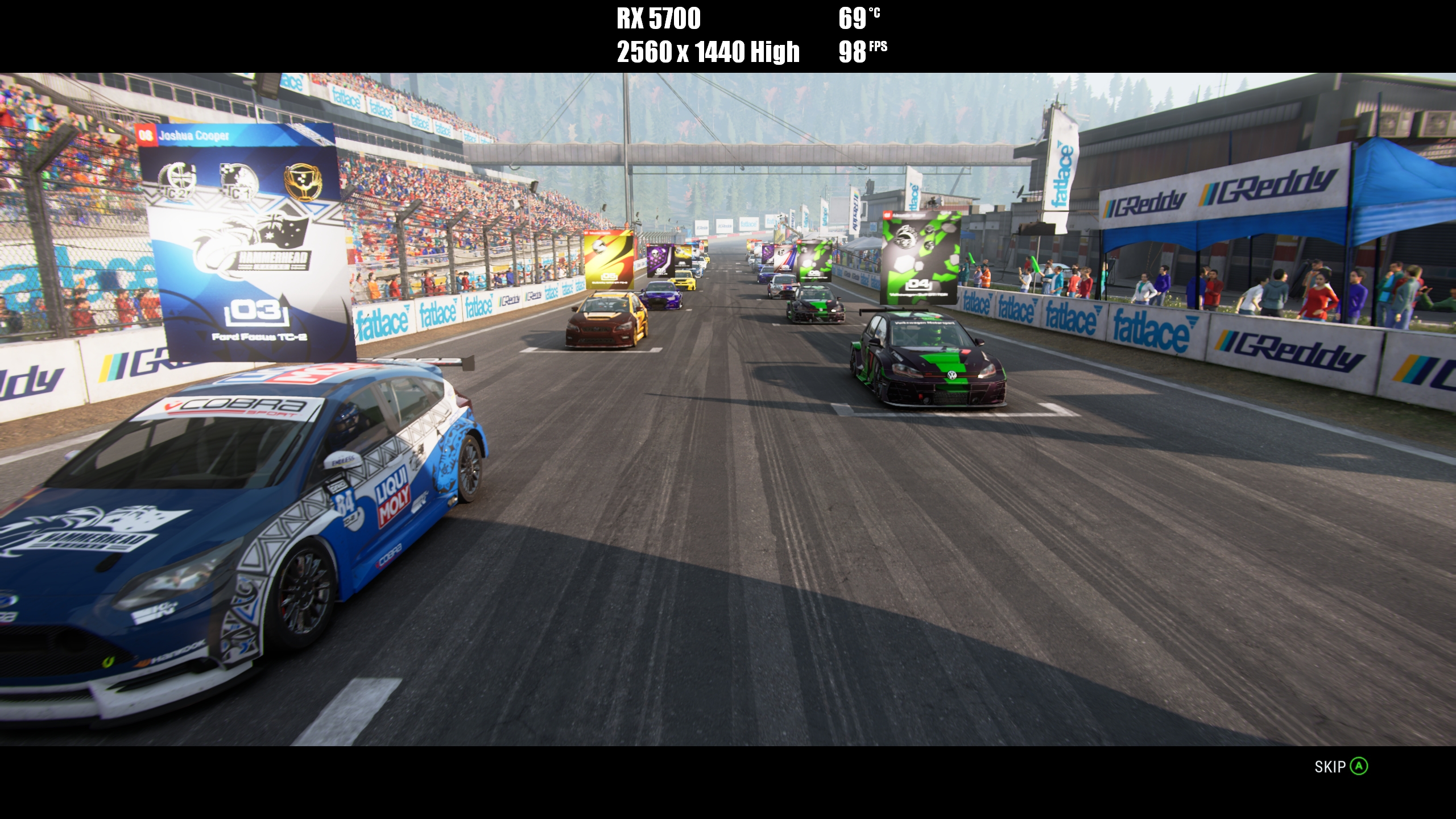 In the image below, Ultra-High settings result in a minimal increase in graphical fidelity and a significant decrease in framerate. We will see the graphical changes a lot better on the next page. 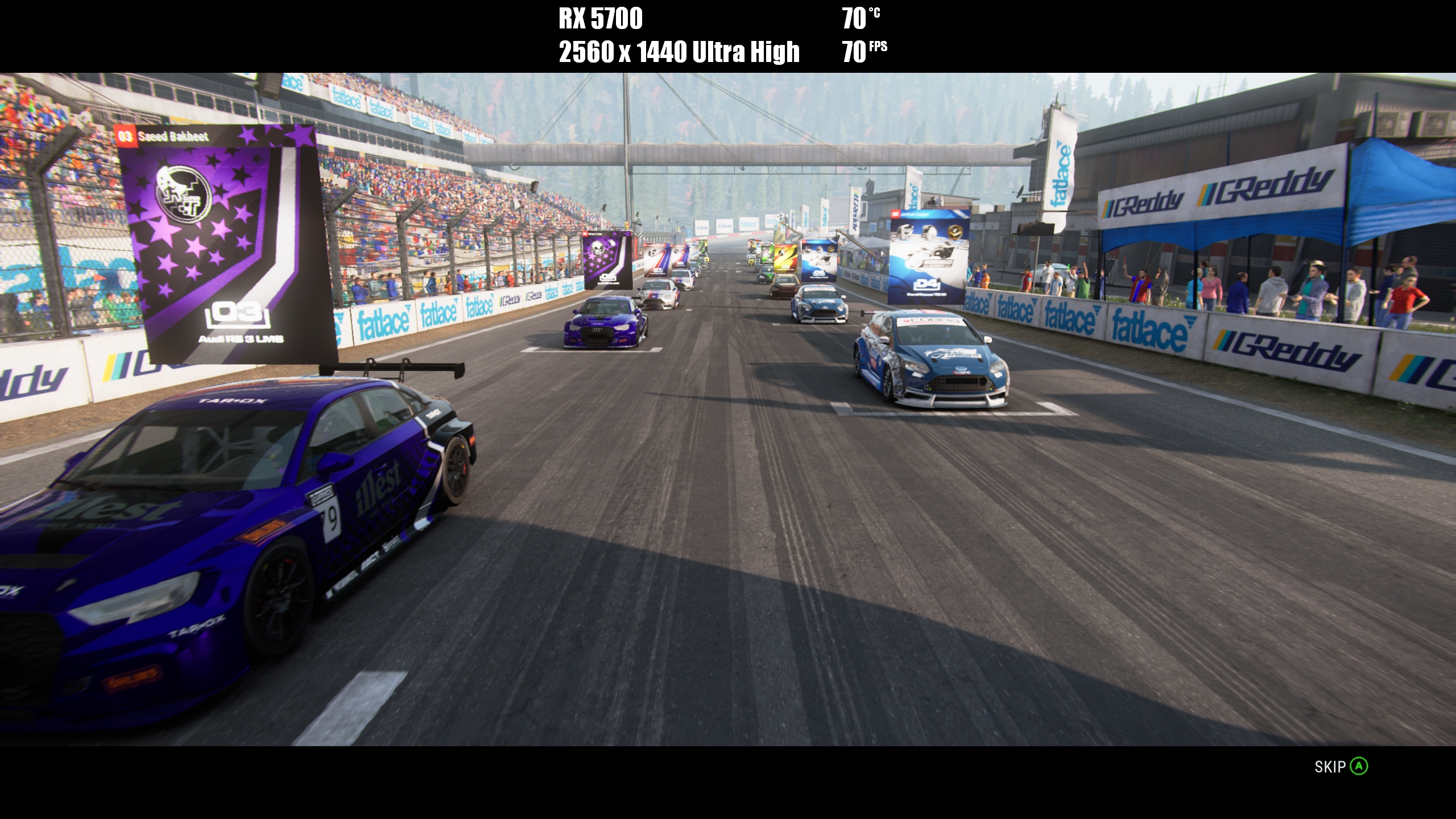