Let's start by having a look at GRID 2019's PC system requirements, where we can see that the game is one of the first titles to utilise DirectX 12 exclusively. This makes the game Windows 10 only, as it looks like Codemasters hasn't employed Microsoft's DirectX 12 libraries for Windows 7.

In this analysis, we will look at how well GRID runs on our PC test hardware, which currently includes testing for over 13 graphics cards. This includes new releases like the Nvidia RTX Super series and AMD RDNA/Navi series as well as older graphics cards from AMD's Polaris lineup. 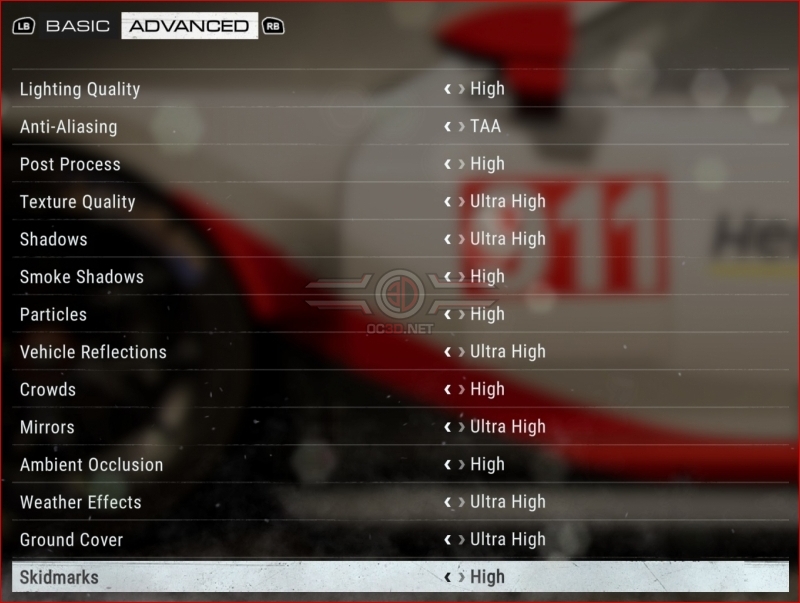 When looking at the graphical options that are available in GRID, the first thing that we must mention is that the game is lacking several features that are included in Codemaster's other EGO engine games. This downgrade is clear to see in the game's Anti-Aliasing options, where F1 2019's FidelityFX modes, SMAA modes and Checkerboard modes are unavailable to gamers.

While this lack of features is a clear downside for the tech-focused gamer, another way of looking at this is that GRID is more streamlined. F1 2019 is a simulation game, so it makes sense that the game's graphical options receive the same attention to detail, allowing gamers to tune the performance profile of this racer perfectly. Such graphical options are less relevant to the less-hardcore audience that GRID targets, though we would have liked to have seen AMD's FidelityFX make it into the game.

Another area of the game that's less varied is GRID's weather options. These are restricted to some basic time of day settings and having rain turned on or off. There are no Stormy or light drizzle options here; rain is either on or off during races. This limits the variation that GRID's racing environments can have.