Variable Rate Shading - Is it Worth it?

Variable Rate Shading - Is it Worth it?

Variable Rate Shading (VRS) has quickly become one of the most talked-about graphics features within the hardcore graphics community, promising higher framerates and little to no graphical impact when implemented correctly.

The simple way of describing it is that Variable Rate Shading can be used to define where detail is required in an image and where it isn't. This feature allows programmers to lower the shading rate of areas where high shading rates are unnecessary and maintain high levels of detail where they are.

VRS is a key part of Microsoft's Xbox Series X console and DirectX 12 Ultimate API, making it one of the features which will define the next-generation of gaming hardware. Right now, Gears Tactics is one of the only games to implement a form of VRS, but as you can see below, the setting is very aggressive.

Even with VRS's lowest setting (On) in Gears Tactics, turning on the feature results in some obvious graphical changes at 1080p, making outlines of characters appear pixelated and some areas of the screen appear stairsteppy in motion. While this feature does boost performance, it does so at a graphical cost that's too high to be worth considering for most players.

Right now, this option is only available on Nvidia's RTX series of graphics cards, which are strong enough to run Gears Tactics without the need for VRS.


Turning Gears Tactic's VRS setting to Performance makes things worse. The decrease in graphical quality becomes even more noticeable and gives some environmental features a strange aliasing/flickering effect. While the game doesn't look terrible with VRS enabled, it definitely looks better without it.

At 4K, the performance benefits of VRS are a lot more worthwhile, but the drop in graphical quality remains too high to be worth recommending over lowered game settings in a lot of cases.

Performance-wise, VRS gave us some strange results. While things worked as expected at 4K, with VRS enabling higher framerates by using lower shading rates in some areas of Gears Tactics, our 1080p results are not what we first anticipated.

At 4K, our RTX 2080 Ti lost performance when we used Variable Rate Shading at 1080p, possibly due to increased CPU utilisation. At this time we are unsure why we lost performance, but we know that Gears Tactics is CPU-limited at 1080p, at least on our hardware.

In the future, we would like to see VRS used in a more subtle way, providing a lower impact on graphical quality while still achieving higher performance levels. Yes, the performance gains here are impressive, but it comes at a graphical cost that some will not consider worth paying. 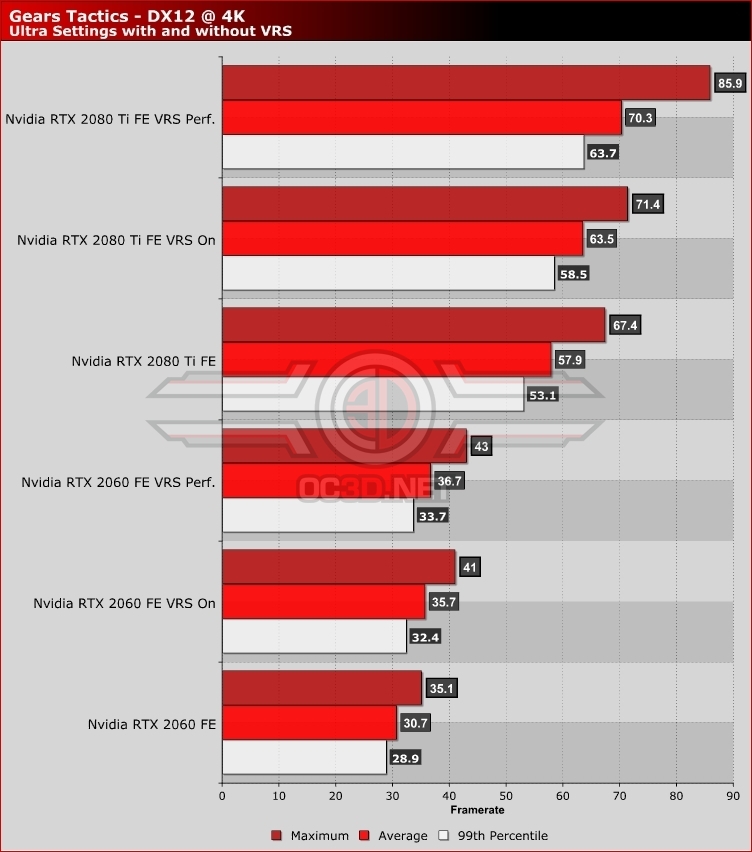 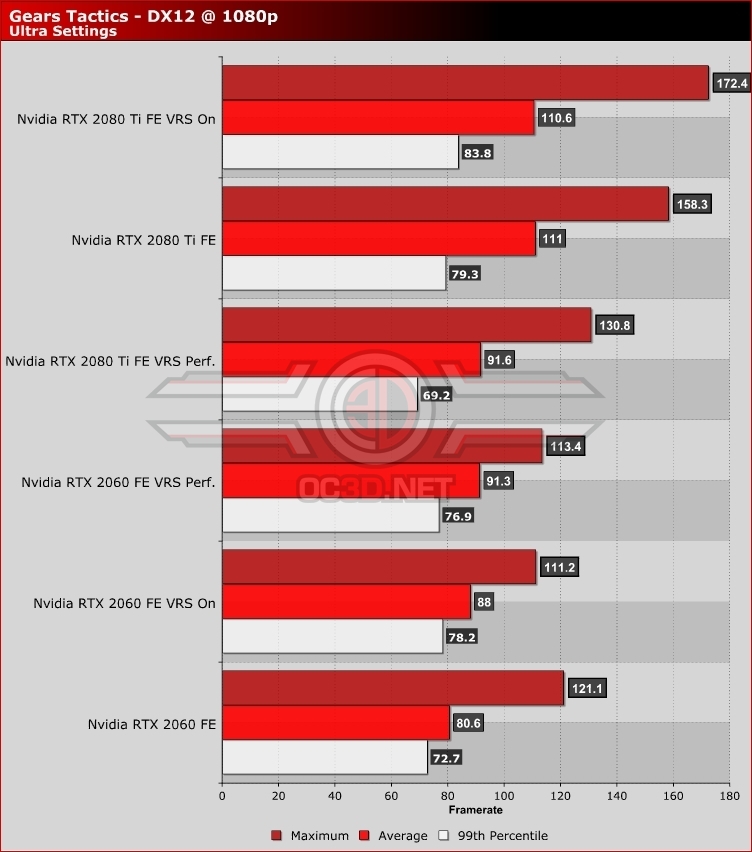