Gears Tactics is a great looking game on PC, but its Ultra Preset is very demanding, even at 1080p. While most of the graphics cards that we tested were able to play the game at 60+ FPS average framerates, it is clear that we will need to lower from settings to get lower-end graphics cards like AMD's RX 580, Nvidia's GTX 1060 or lower-end hardware to run well here.

One thing that's very clear is that Gears Tactics loves AMD's RDNA graphics cards, with the RX 5700 XT seeing a huge leap in performance over AMD's RX Vega 56 when it comes to average framerate. Minimum framerates here are more defined by our CPU than our graphics card, which makes the difference between these graphics cards less visible.

Nvidia's RTX 2080 Ti is also unable to get a huge lead over our RDNA series graphics cards, thanks mostly to CPU limitations. An RTX 2080 Ti typically offers a 2x performance boost over our RTX 2060, which should mean that the graphics card should achieve an average framerate of over 150 FPS. This game is clearly CPU-bound at 1080p. That said, who needs a turn-based tactics game to run that fast? 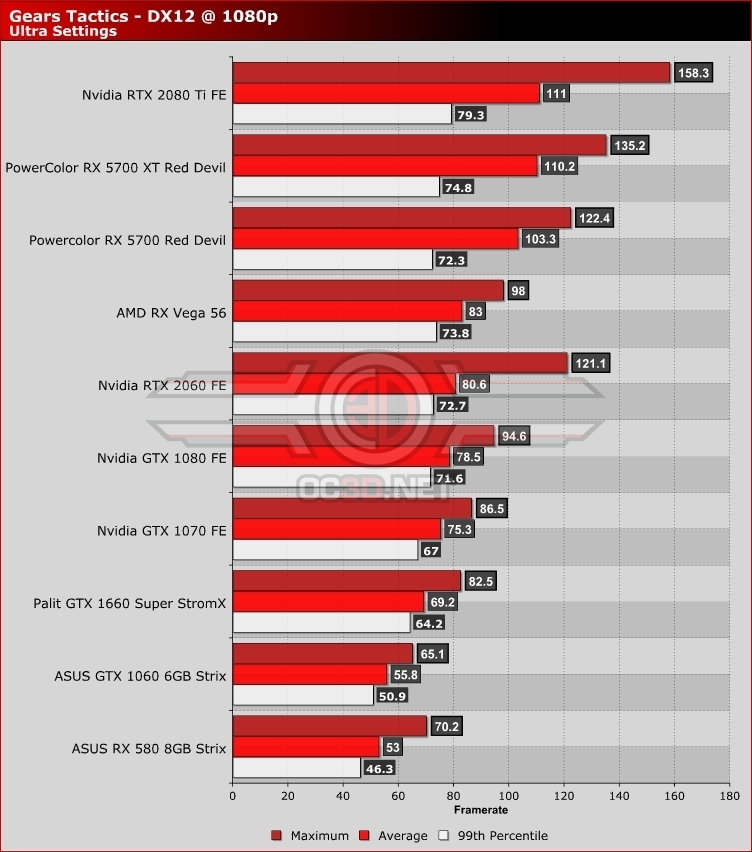