CPU Performance - Do you need much grunt to kill those Grubs?

CPU Performance - Do you need much grunt to kill those Grubs?

When testing Gears Tactics on its Ultra preset, it is obvious that this game can easily become CPU-limited, but it's worth noting that even our dual-core, quad-thread setup was able to achieve an average framerate of 75 FPS with Ultra settings. Lower the game's graphical presets a little and this game will run on a laptop CPUs, which is great news for anyone who wants to play Gears Tactics on the go.

CPU-wise, it is clear that Gears Tactics likes having access to a high number of CPU cores, as can be seen from our performance scaling up to six cores and twelve threads. Enabling hyperthreading with four cores has mixed results, but overall the change is positive, offering gamers higher minimum framerates and similar framerate averages.

An ideal setup for Gears Tactics is a processor with four or more cores with high clock speeds. By today's standards, our 4GHz i7-6850K is far from the best processor available, which should make 60FPS+ framerates relatively easy to achieve in Gears Tactics, at least from on the CPU-side. 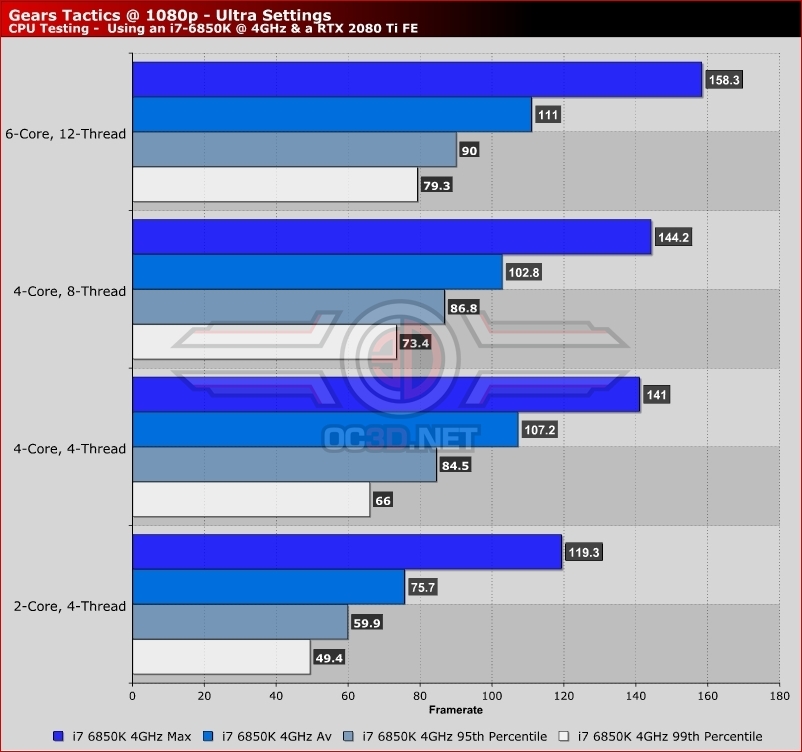