Moving up to 1440p pretty much confirms our suspicions at 1080p, with the minimum framerates on both our RX Vega 56 and GTX 1080 lowering by a mere 8 and 15FPS respectively, while the GTX 1070 seen a reduction of a much larger 22FPS. This data again leads us to believe that there is a CPU limitation at work here, though it only seems to be an issue when our framerates are well above 60FPS.

At 1440p we can see that anything above a GTX 1070 can offer an average framerate of over 60FPS, with the GTX 1070 only seeing minor dips below that mark. Again our RX Vega 56 and GTX 1080 Founders Edition GPUs offer nigh identical performance, showcasing the power that Rapid Packed Math has to propel AMD's GTX 1070/Ti competitor to similar performance levels to Nvidia's higher-end model.

At Ultra settings Nvidia's GTX 1080 and AMD RX Vega 56 can achieve a stable 60+ FPS in our tests, though it is likely that a GTX 1070 Ti or an overclocked GTX 1070 could also surpass this performance target. 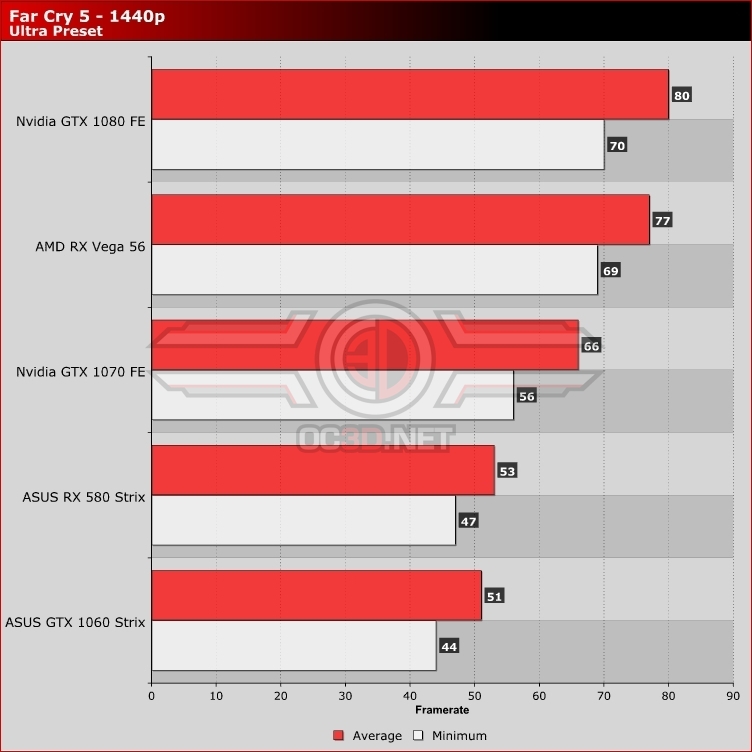 WYP
Quote:
It really is difficult to tell, grass draw distance is one of the few things that I can see as well as some changes to in-game reflections. Not a huge deal of difference.Quote

Wraith
Honestly unless you really look for differences it's hard to spot them, as WYP has said and the extended shadows there is very little difference when actually playing the game.Quote

I'd love to see you try

Another fantastic performance article though Mark, thank you. I think the Titan should do fine at 4k