In Battlefield V, enabling Hardware-accelerated GPU Scheduling (HAGS) has practically no impact on game performance. Framerates differences are well within the 'margin-of-error' territory, especially for a manually run benchmark. The best thing we can say is that HAGS has no noticable performance downsides. 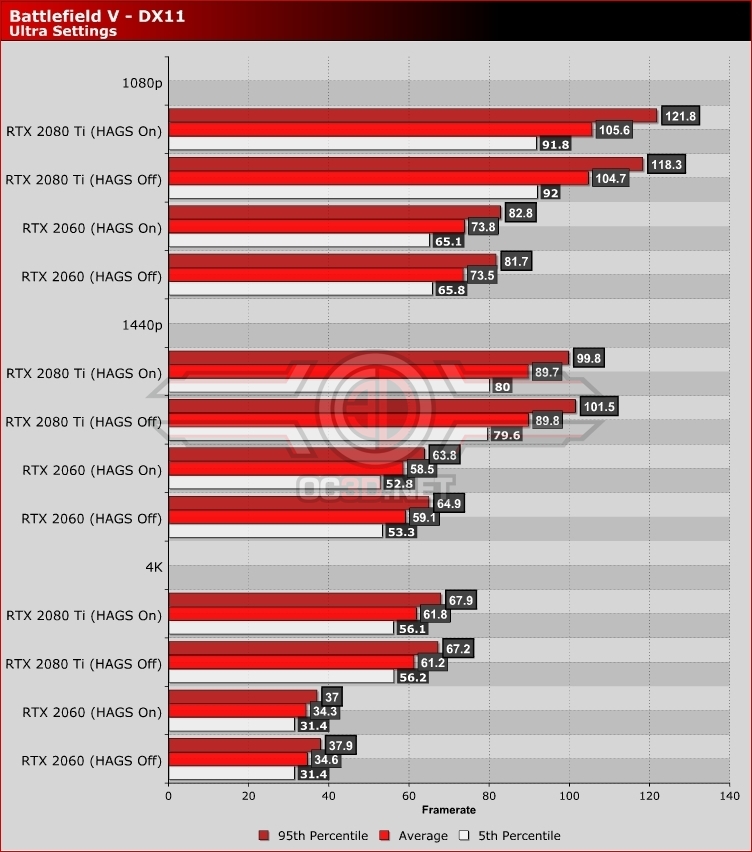 In Resident Evil 3, Hardware-accelerated GPU Scheduling (HAGS) appears to provide marginal performance improvements in most benchmark runs. That said, These performance changes are incredibly minor, and are well within the 'margin-of-error' territory that we mentioned with Battlefield V.

Resident Evil 3 is one of the most reliable and repeatable in-game benchmarks that we currently use at OC3D, but at best HAGS has a minimal positive impact. 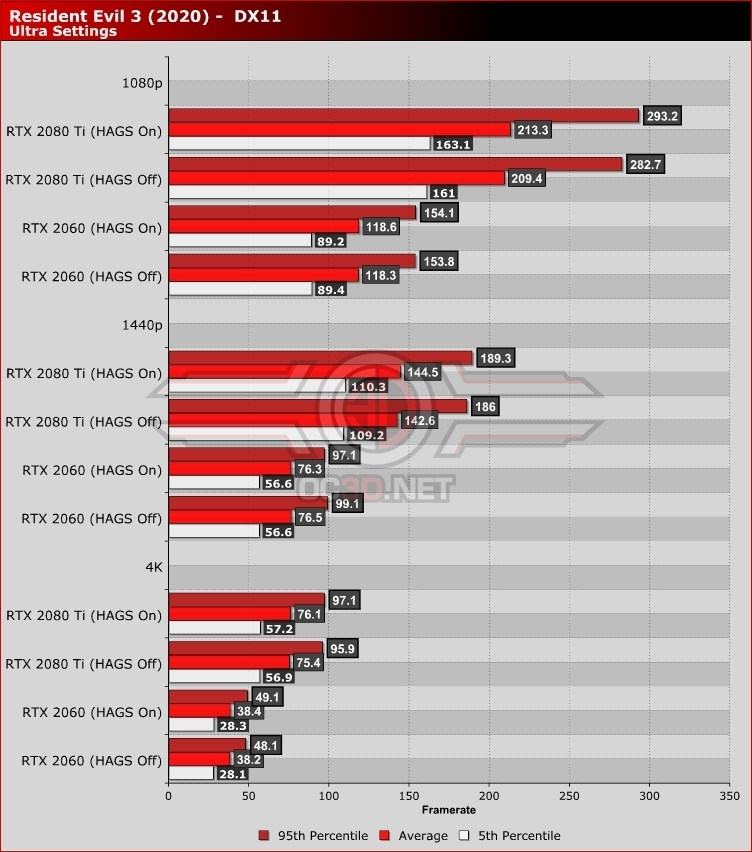 Skeggz
Maybe more of an effect can be provoked when simulating a laptop-like environment, by e.g. restricting the GPU to 8 PCIe-lanes and compare the performance theretoQuote

GuardianApe
No input lag tested? It would be nice to see if input lag improved under 100% gpu utilization or some situation like that.Quote

NeverBackDown
For anyone looking into a slightly more in depth explanation of exactly what this does MS wrote a blog.
https://devblogs.microsoft.com/direc...pu-scheduling/

While we may not see many performance differences now we can in the future as drivers get better at handling the new offloading work from the CPU. Early drivers after all and they are still going through validation and testing on MS's end. Nvidia and AMD may have the support but doesn't necessarily mean it'll do anything.Quote
Reply