Death Stranding's restrictive graphical settings have their advantages, as the game's limited scaling allows the game to deliver great-looking visuals under all presents, even the game's low preset.

While higher PC settings will enable features like Screen Space Ambient Occlusion and Screen Space Reflections, most other settings only impact draw distances and texture resolutions, neither of which are reduced to unpleasant levels. Even at the game's lowest settings, textures remain relatively detailed and distant scenery still looks great. The only major difference you will see is a little more pop-in and lower-detail distant objects.

When comparing Death Stranding's Max and default presets, the only graphical difference that we can notice is increased draw distances. More rocks are visible in the far distance, and distant hills and cliffs contain more geometric detail. 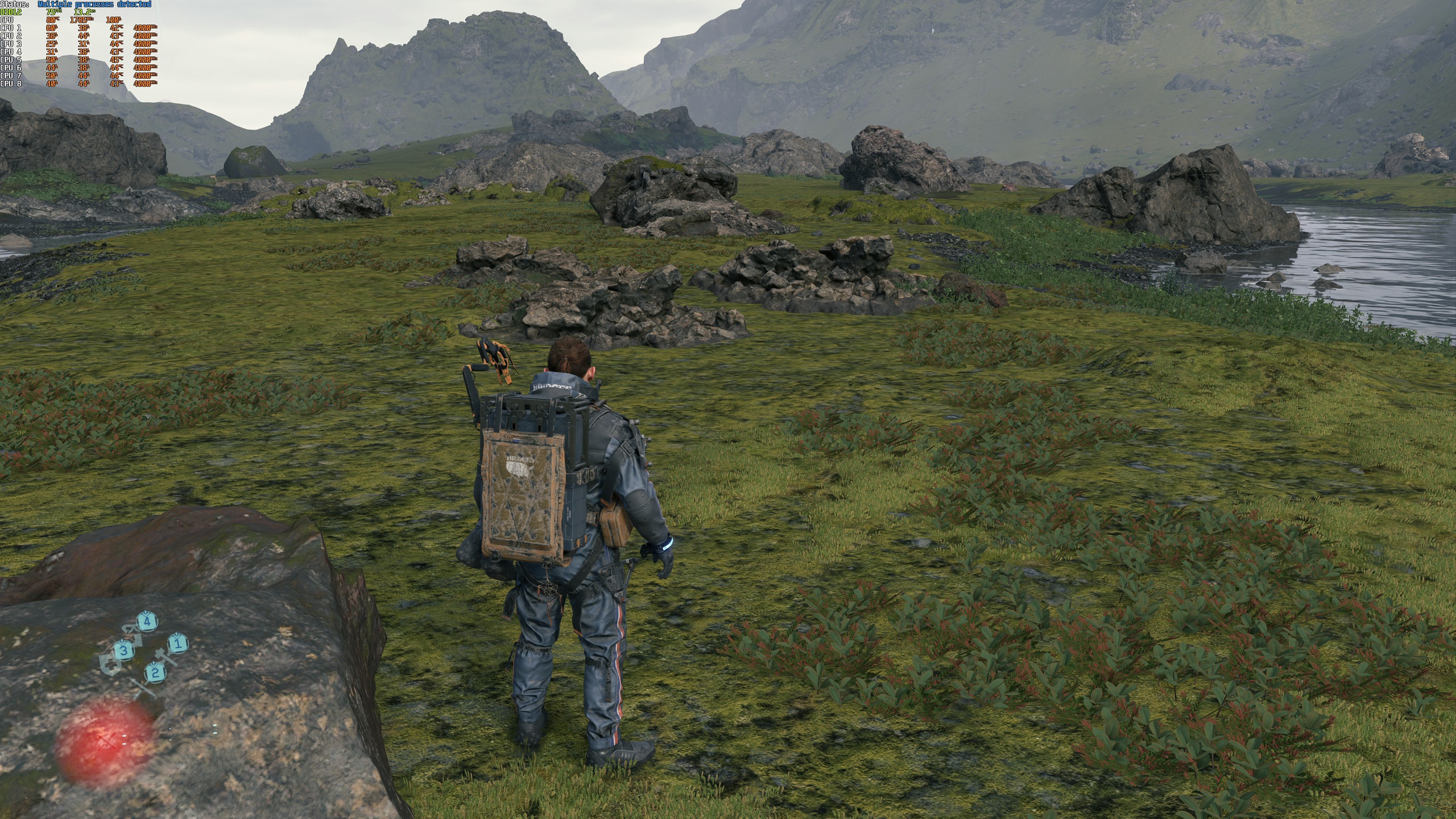 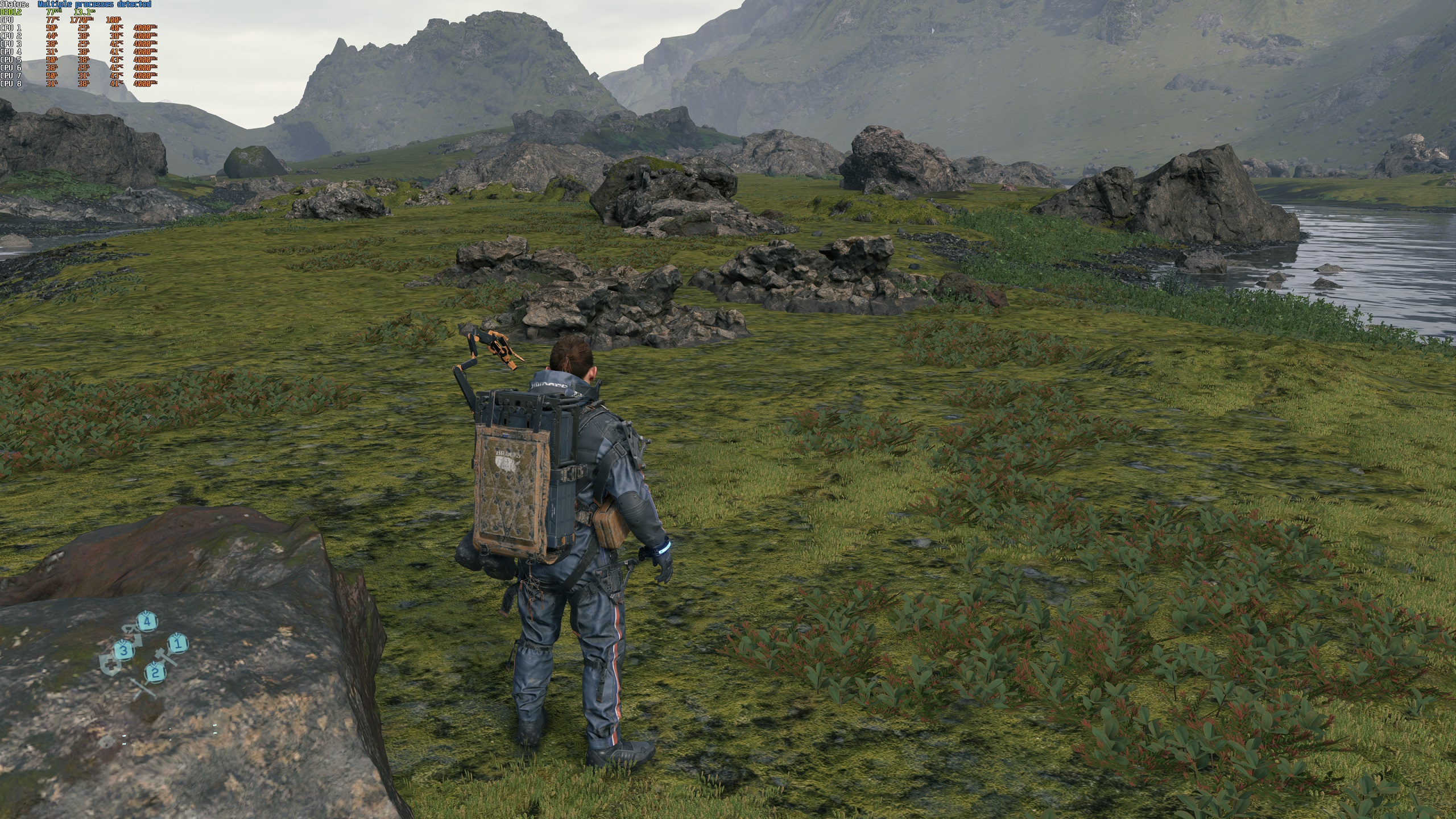 Draw distances are decreased further at medium, switching out rocks in the medium distance with lower detail models, reducing the number of distant rocks and grass tufts that are visible while also altering distant terrain. The game still looks great, but gamers should expect to see a lot more pop-in at these settings. 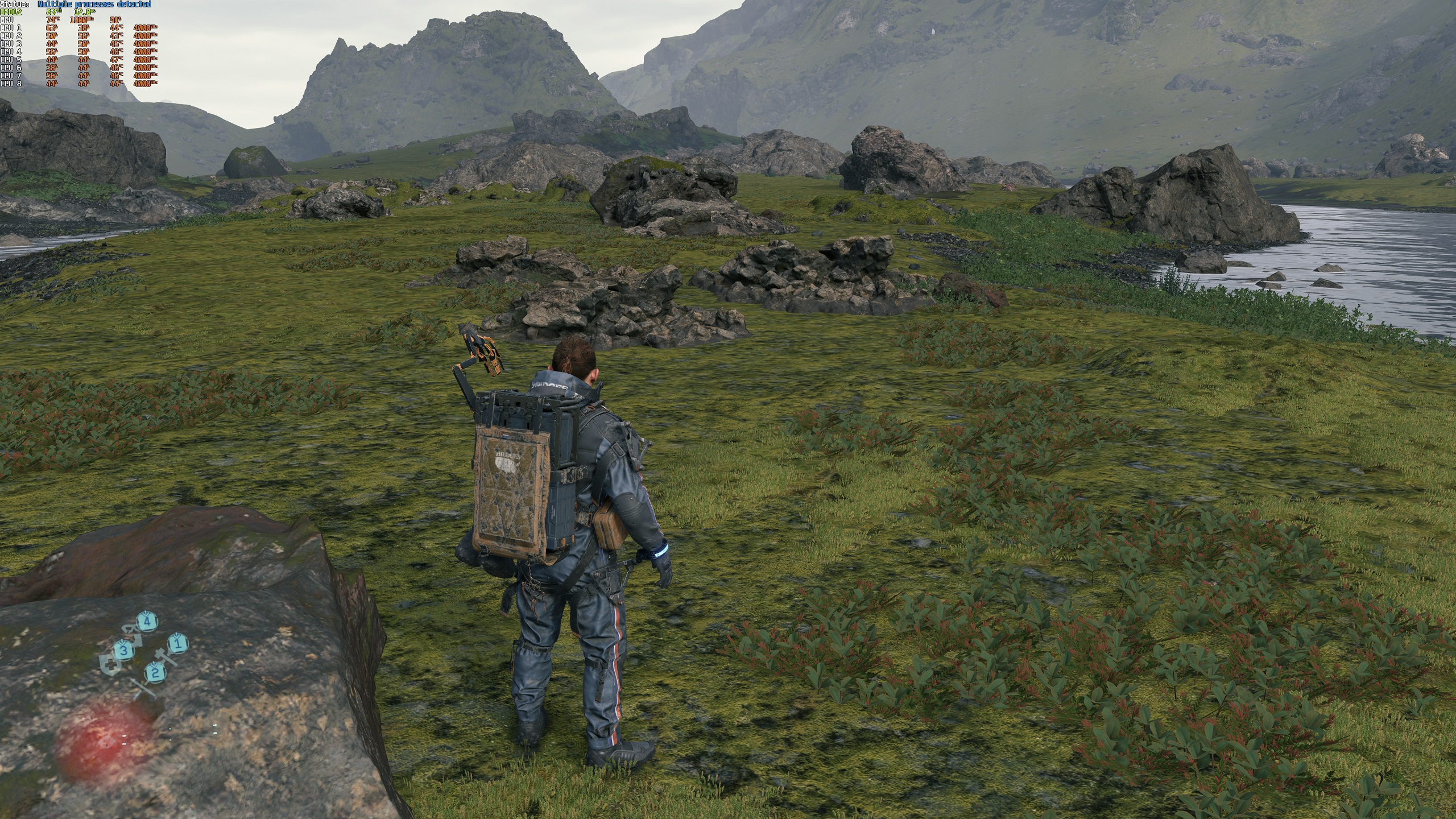 At Low, Screen Space Ambient Occlusion (SSAO) is disabled, which can be seen everywhere from the game's grass to the rocks which litter Death Stranding's landscape. More noticeable is the change in model settings, which sees the detail levels of many nearby objects change. This will make pop-in and LED changes very noticeable, though the game's scenery still looks good. 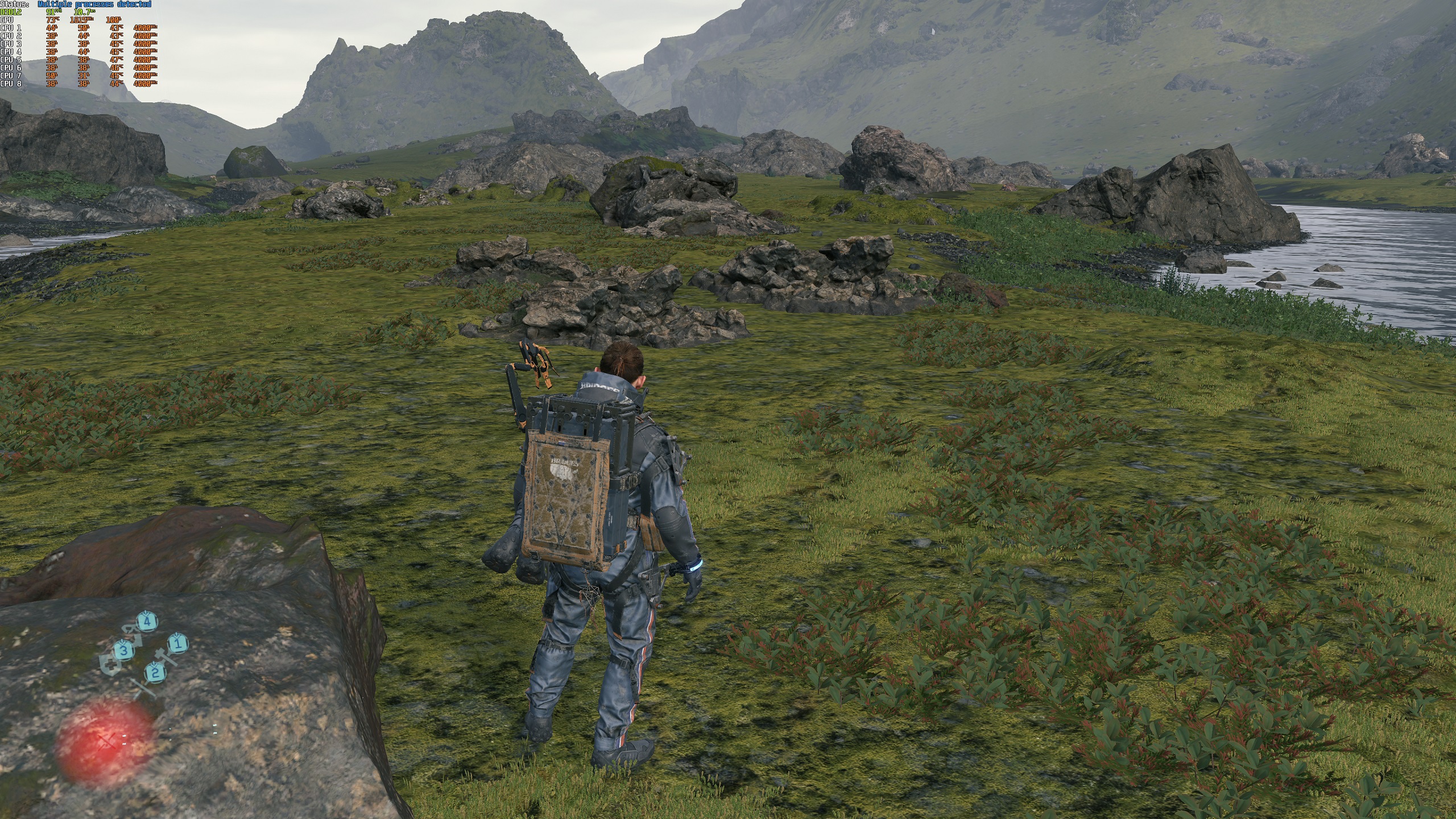