Death Stranding was primarily designed for Sony's PlayStation 4 console, which means that the game wasn't designed to feature many graphics options. All we have is the ability to define shadow resolution, lower model draw distances (Model Detail), change texture LODs and outright disable options like Depth of Field, SSAO and Motion Blur.

While Death Stranding's graphical options are simplistic, its main flaw is that it only has a limited impact on game performance. As we will discuss later, we would have loved to have seen Kojima Productions invest in more resolution scaling options. Proper resolution scaling options would give PC gamers the versatility that they need the achieve stable performance on some systems, especially those that are at the edge of 60+ FPS performance.

Resolution-wise, the game also appears to be restricted to set resolutions, such as 1080p, 1440p, 4K and their ultra-wide equivalents. You cannot create custom resolutions like 1944p (a 90% scaling of 4K) or 1728p (an 80% scaling of 4K). While it is great that we have DLSS and AMD's FidelityFX CAS (Contrast Adaptive Sharpening), more versatile options would be a welcome addition. 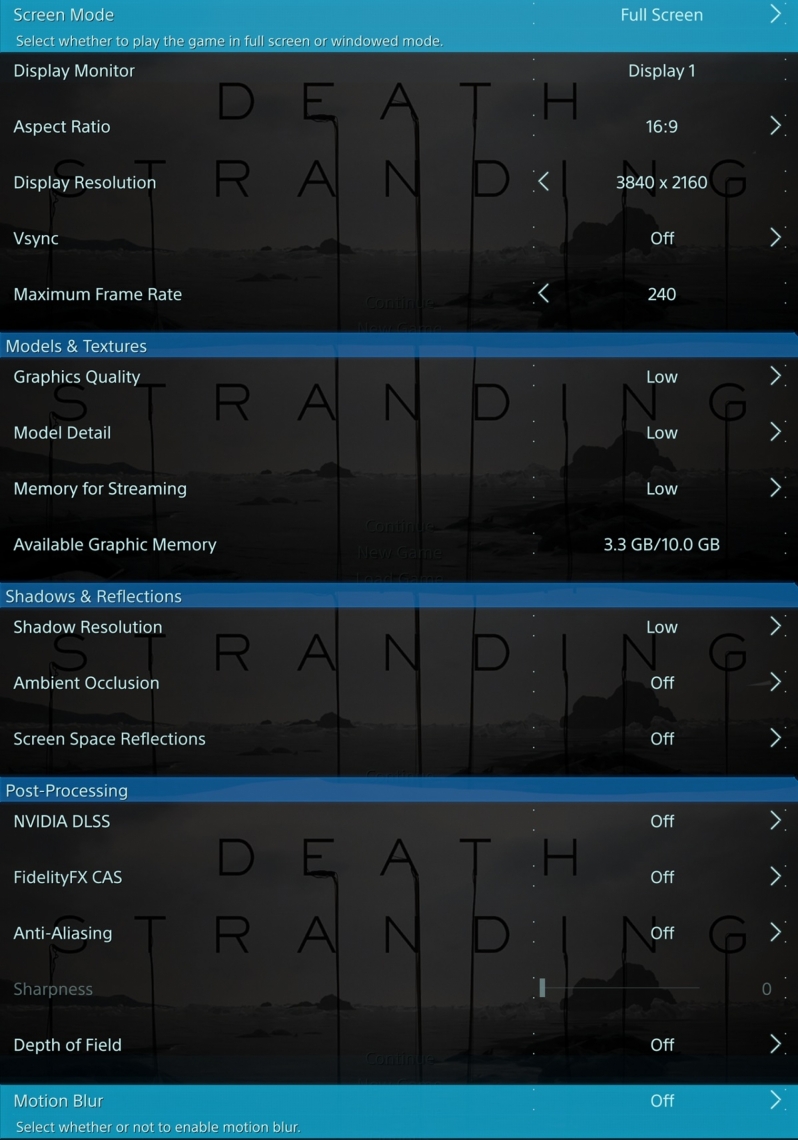