It's at 4K where Death Stranding starts to get very demanding on PC, though it is worth noting that AMD's RX 5700 XT gets remarkably close to 60 FPS performance at the game's highest settings. Even so, we need to lower some graphical settings to hit a proper 60FPS framerate target, or enable a feature like CAS upscaling.

Here we can see RDNA take a huge lead over AMD's Vega architecture, showcasing the benefits of AMD's next-generation GPU designs. You can bet that AMD listened to its console partners when creating RDNA, and those partners were listening to developers from studios like Kojima Productions and Guerilla Games (the creators of the Decima Engine). Remember that AMD's RX Vega 56 offers gamers more raw TFLOPs than AMD's RX 5700XT, and that AMD's RX 5700XT delivers framerates that are over 50% higher. That's a huge generational leap for AMD. 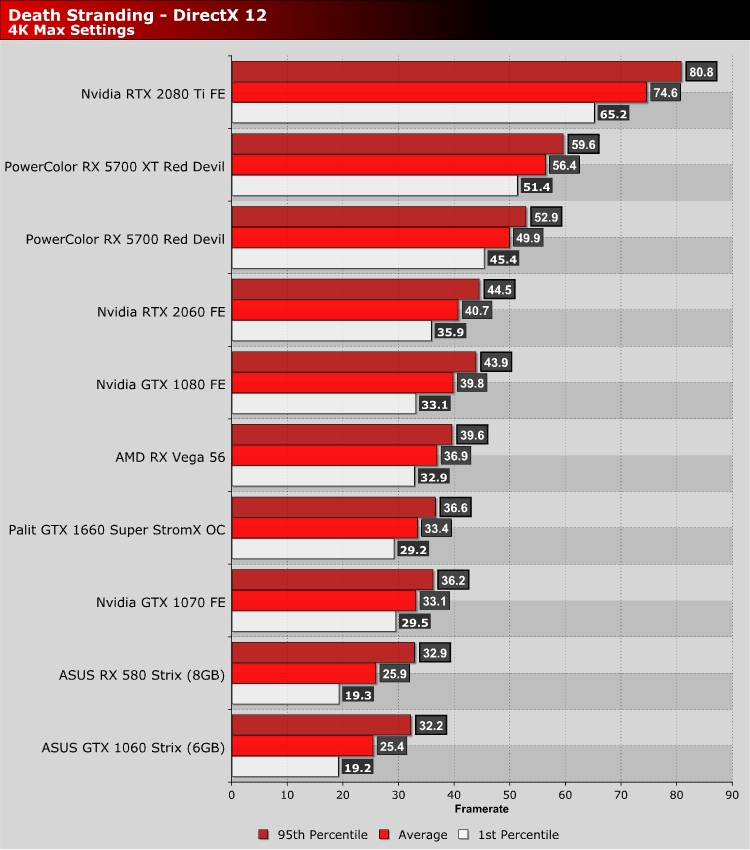