Introduction - This is next-generation gaming

Cyberpunk 2077 - Introduction - This is Next-Generation gaming

Cyberpunk 2077 is easily the most hyped PC release of 2020, arriving as a cross-generation title with a level of scale and ambition which stretches the capabilities of current-generation systems to their limits. For PC gamers, Cyberpunk 2077 has and will fuel many PC upgrades, offering visuals and features which are beyond the capabilities of the game's current console versions.

Today, we will be looking at Cyberpunk 2077 and how PC gamers can achieve the best visual experience on their systems. We will detail optimised settings, hardware-specific features and how ray tracing gives Cyberpunk a next-generation look and feel in many locations.

We will be testing CPU performance, GPU performance, FidelityFX CAS Upsampling, DLSS, ray tracing and more. This is easily our most in-depth PC performance analysis to date, and it will offer PC gamers plenty of data to help optimise Cyberpunk 2077's performance on their systems. 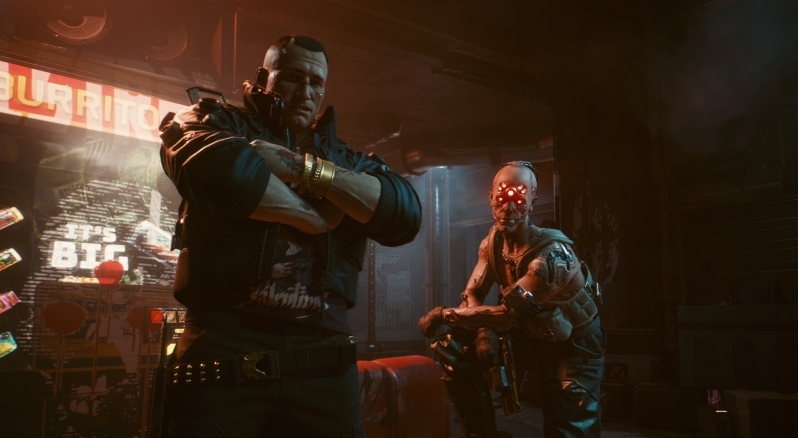 When testing Cyberpunk 2077, we opted to use the newest drivers from both the Radeon and Geforce camps. These drivers are AMD's Radeon Software Adrenalin Edition 20.12.1 driver as well as Nvidia's Geforce 460.79 driver.

With Cyberpunk 2077r, we will be using our new Games and Graphics Card test system, which is powered by AMD's Ryzen 9 3950X processor and PCIe 4.0 storage.

KingNosser
6800XT on can it run cyberpunk settings, yes, yes it can

It looks stunning, whenever they add dxr for amd cards i hope it is as smooth as now all be it lower fps, cause the game is very eye candy and i'm enjoying it, yet to have a single bug, but yea i get that a lot of people are getting some real weird bugs in the game.

Consoles far worse, it should change for ps5 and xboxSX, but this is the first game I'd say is a next gen title.Quote

AngryGoldfish
I haven't played the game myself, but it truly is stunning to look at. Despite all the challenges, CD Projekt Red deserve a huge round of applause. What they've built is an incredible feat that'll likely always be remembered.Quote

AlienALX
With RT enabled this is by far the best looking PC game I have ever seen. Even without it it's still stunning.

But yeah, as I kinda guessed RT is big in this one. Thankfully you don't need stupid FPS either, considering it's a single player mainly RPG.

It's not even a proper next gen title either. It's a "best of the last gen we will see" game.

Edit. My manners have gone for a walk again FFS. Thank you for doing this. Also, big up for putting the 2080Ti in there too. I can see why many didn't now. Once you get to high settings at 1440p it runs out of VRAM.Quote

NeverBackDown
CPU performance on Ryzen can be improved quite a bit if you modify the hex code in the .exe file.

With that said haven't done it myself. Not really interested in the game tbhQuote

WYP
Quote:
I have heard that and may investigate soon.Quote
Reply