At 1080p, Nvidia's RTX 2060 is capable of running Modern Warfare at 60+ FPS at maximum game settings, even if just barely. Without DXR the game's 99th percentile framerates move above the 80FPS mark, and average framerates shift to around 100FPS. To showcase the performance variance of Call of Duty games, we have also included the maximum framerates of our benchmark runs. Higher framerates are possible in some, less demanding, areas of the game. 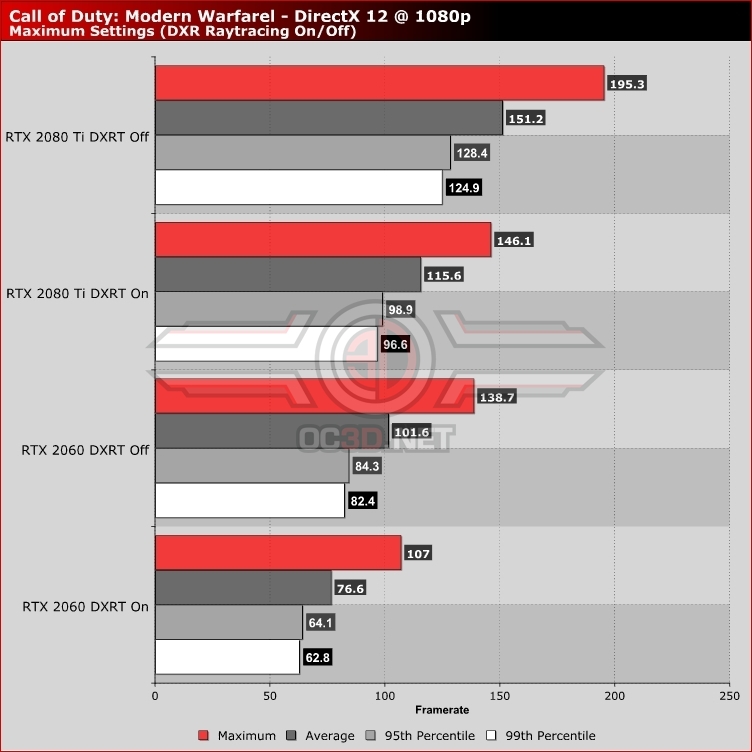