Looking at the weapon mounts, we can see that raytraced shadows make each shadow softer, and more physically accurate given the scene's lighting. We can also see that the canvas bags gain shading in some of its creases and folds, and the hanging chain of bullets gain shadows as we move further down. 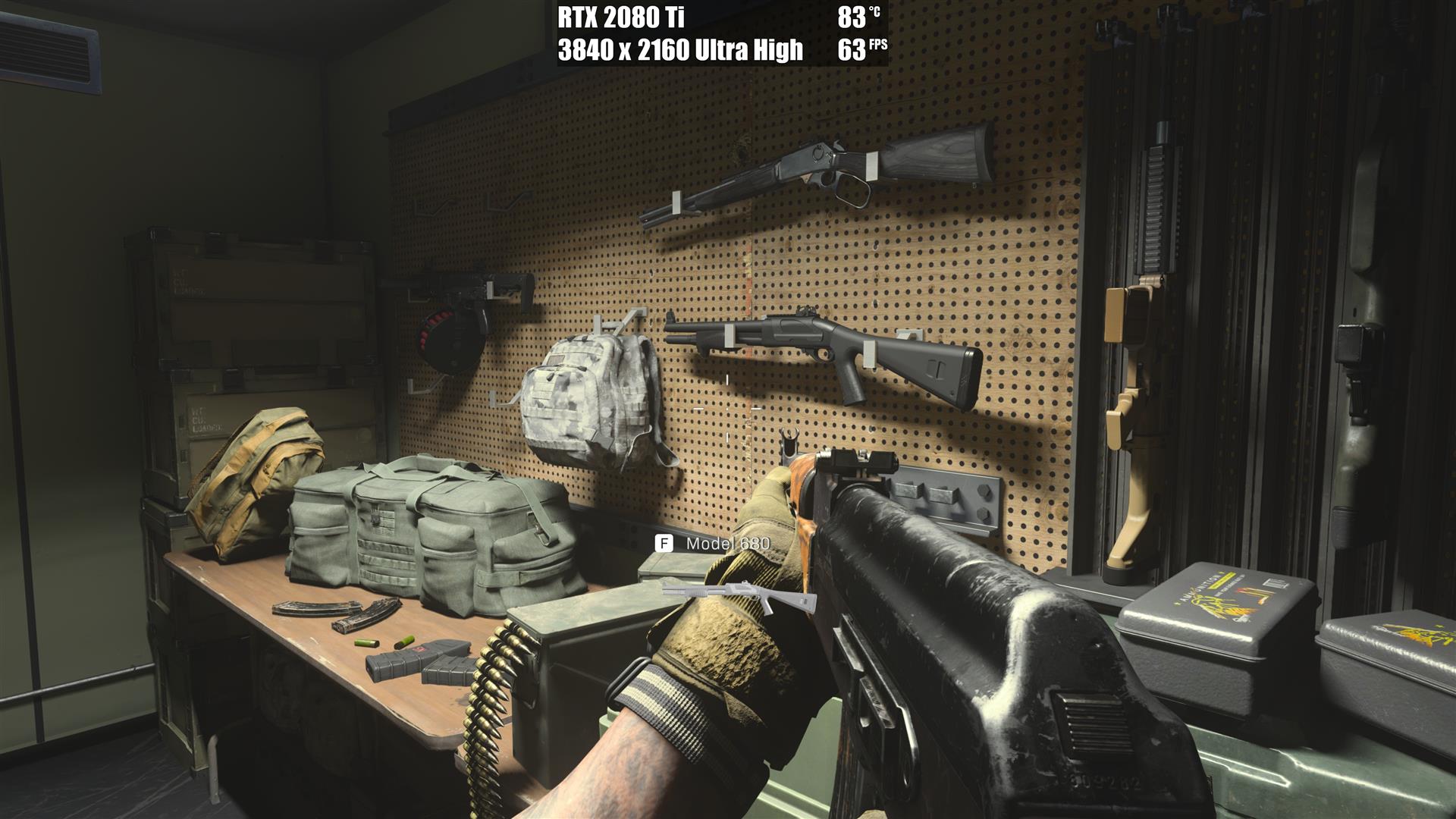 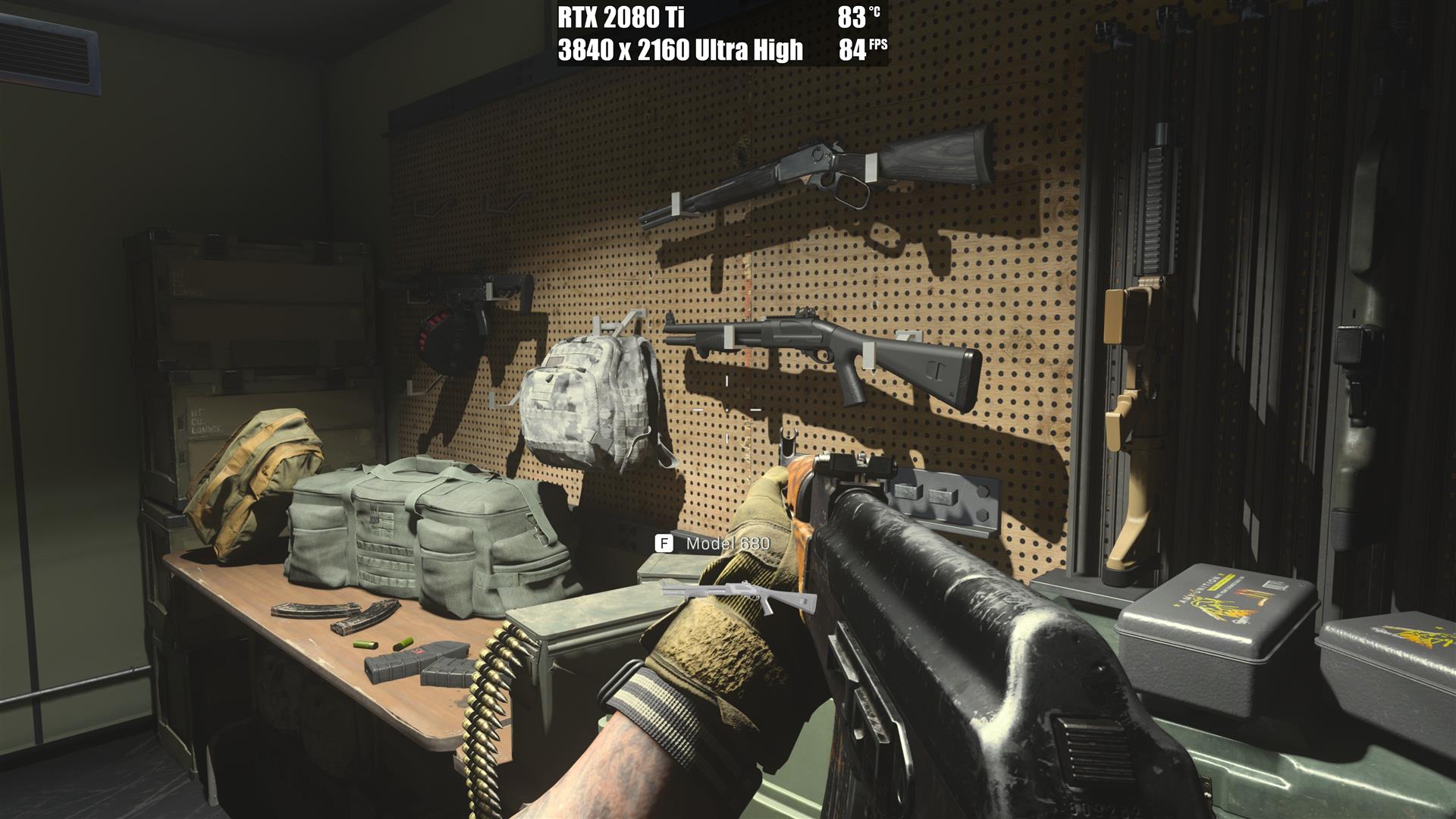 Below we can see that raytraced shadows have the ability to make some major changes to scene lighting. Many new scene elements gain shadows, though we can imagine a lot of gamers being dissatisfied with the overall impact of DXR shadows given its performance cost. 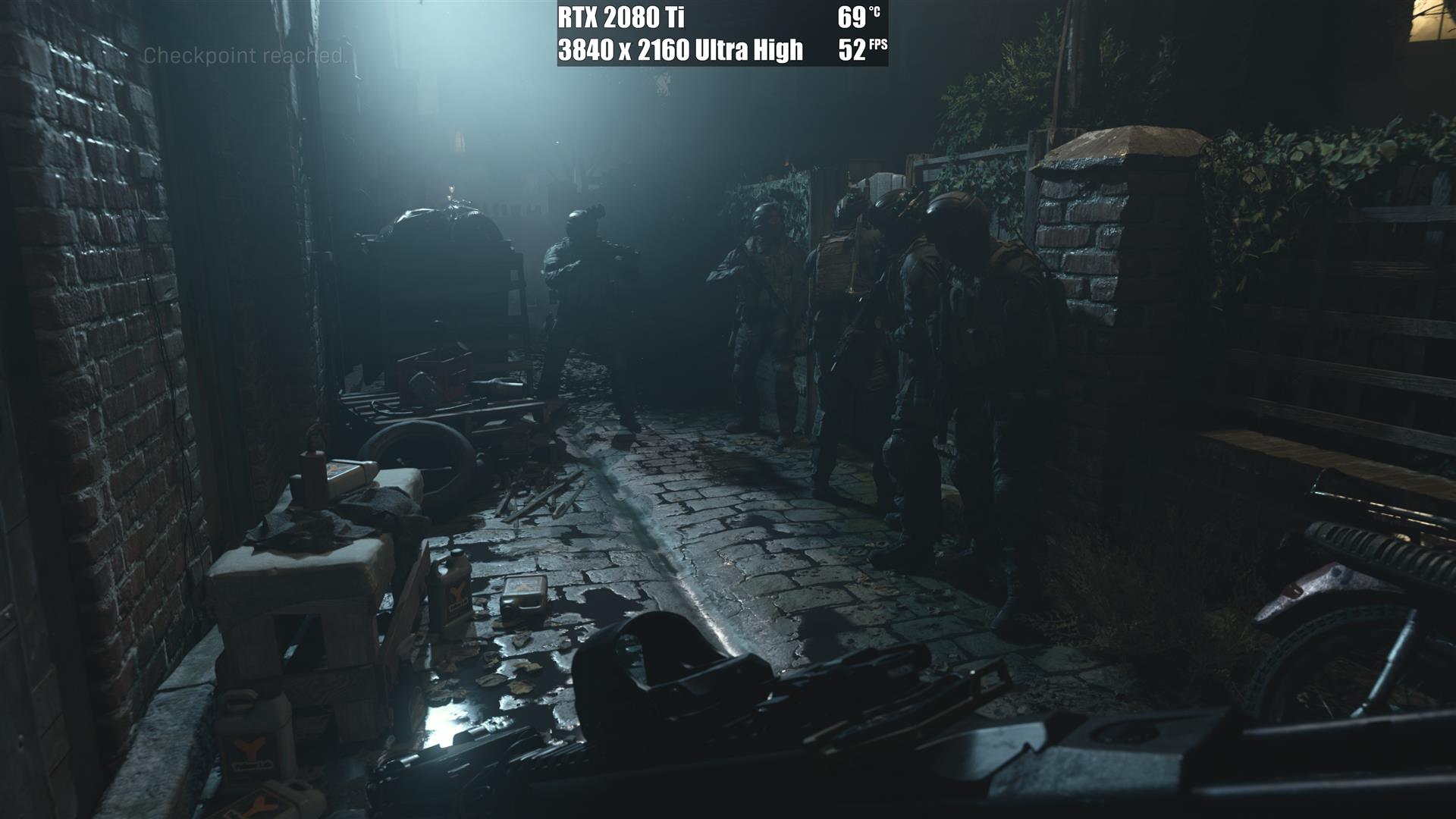 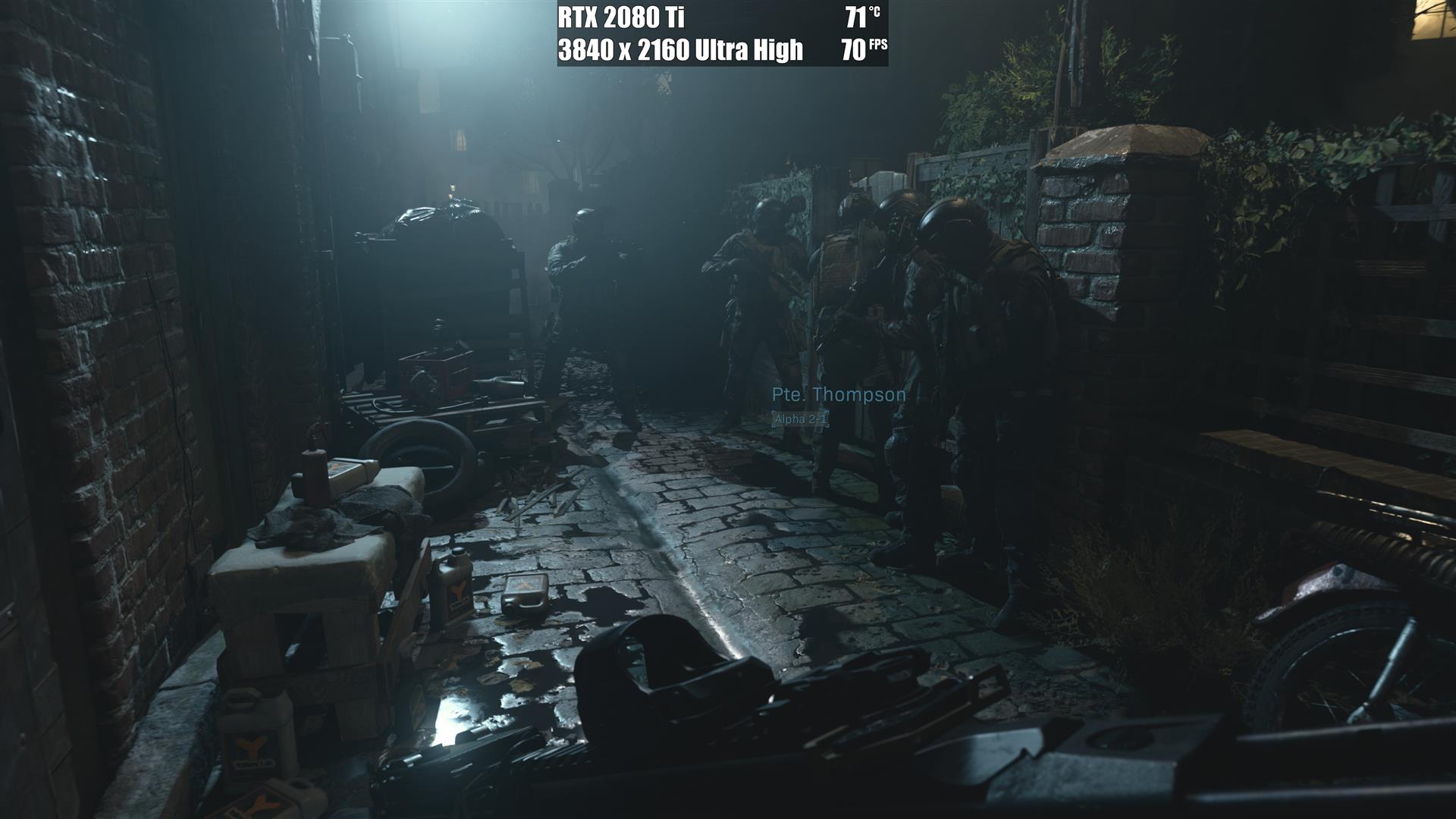 Again we can see that DXR shadows have the ability to drastically change scene lighting. Below we can see that the shadows around the doorframe, around the medicine cabinet, on the bedding and all around the scene below has been impacted by RTX shadows. Now shadows are properly located, and the scene has lost some of its "gamey" appearances, thanks to more physically accurate illumination. 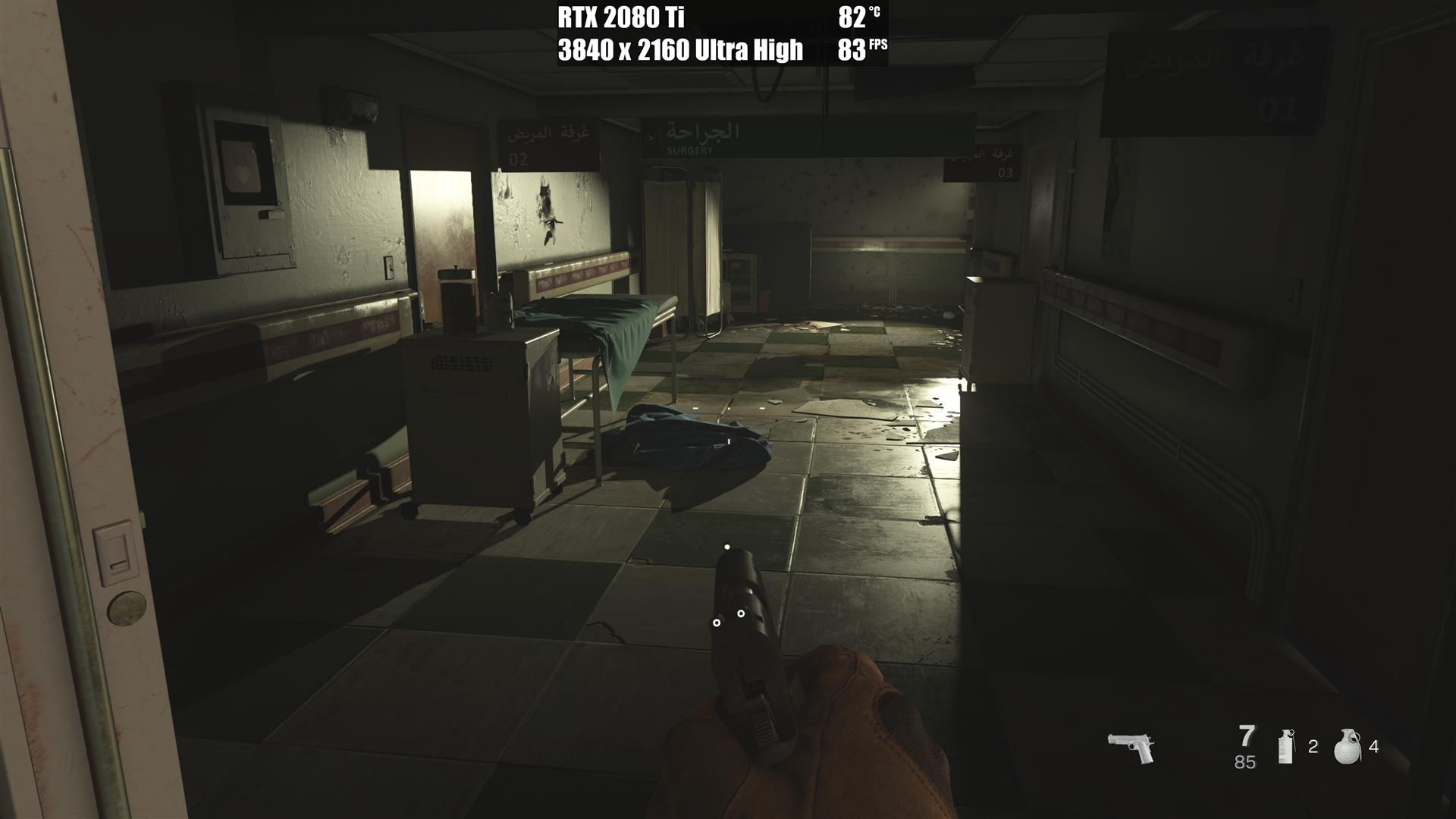 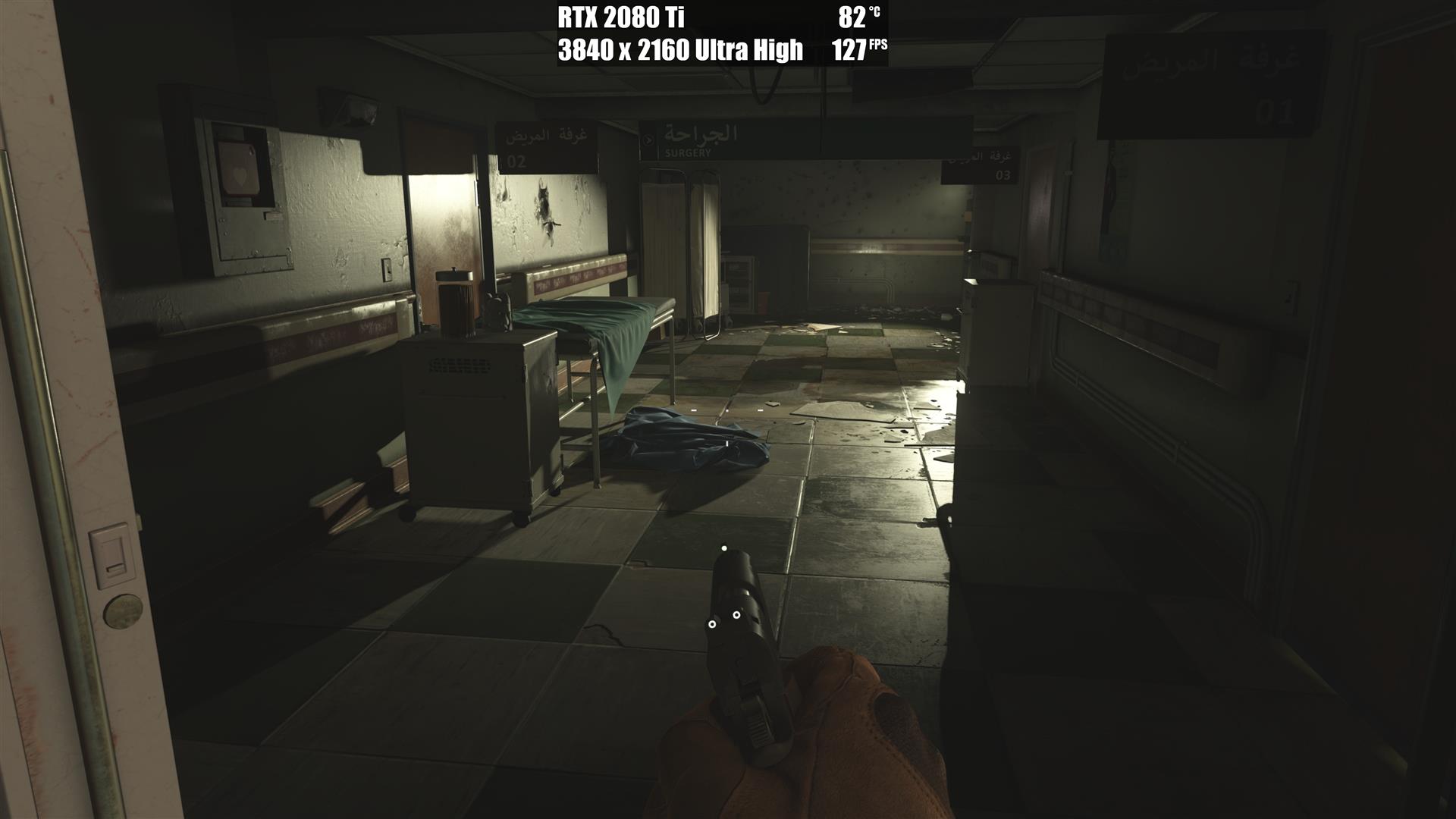 The images below are designed to show us that DXR shadows do not impact all scenes. Sunlight doesn't cast raytraced shadows in Call of Duty: Modern Warfare. That would be too costly when it comes to framerate/performance. In outdoor scenes, especially during the day, enabling DXR raytracing has little to no graphical impact. Despite this, framerates still see a significant dip. 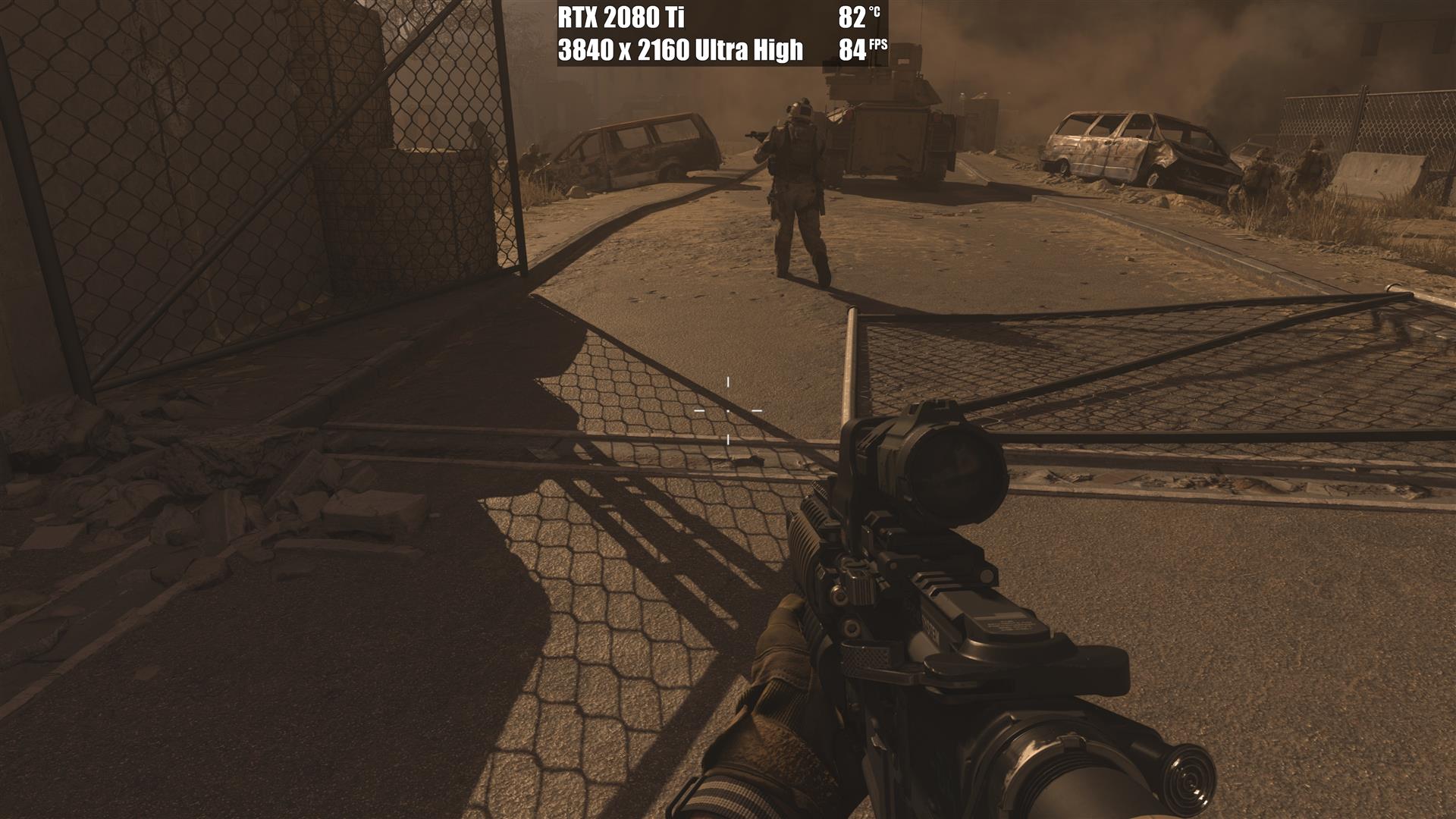 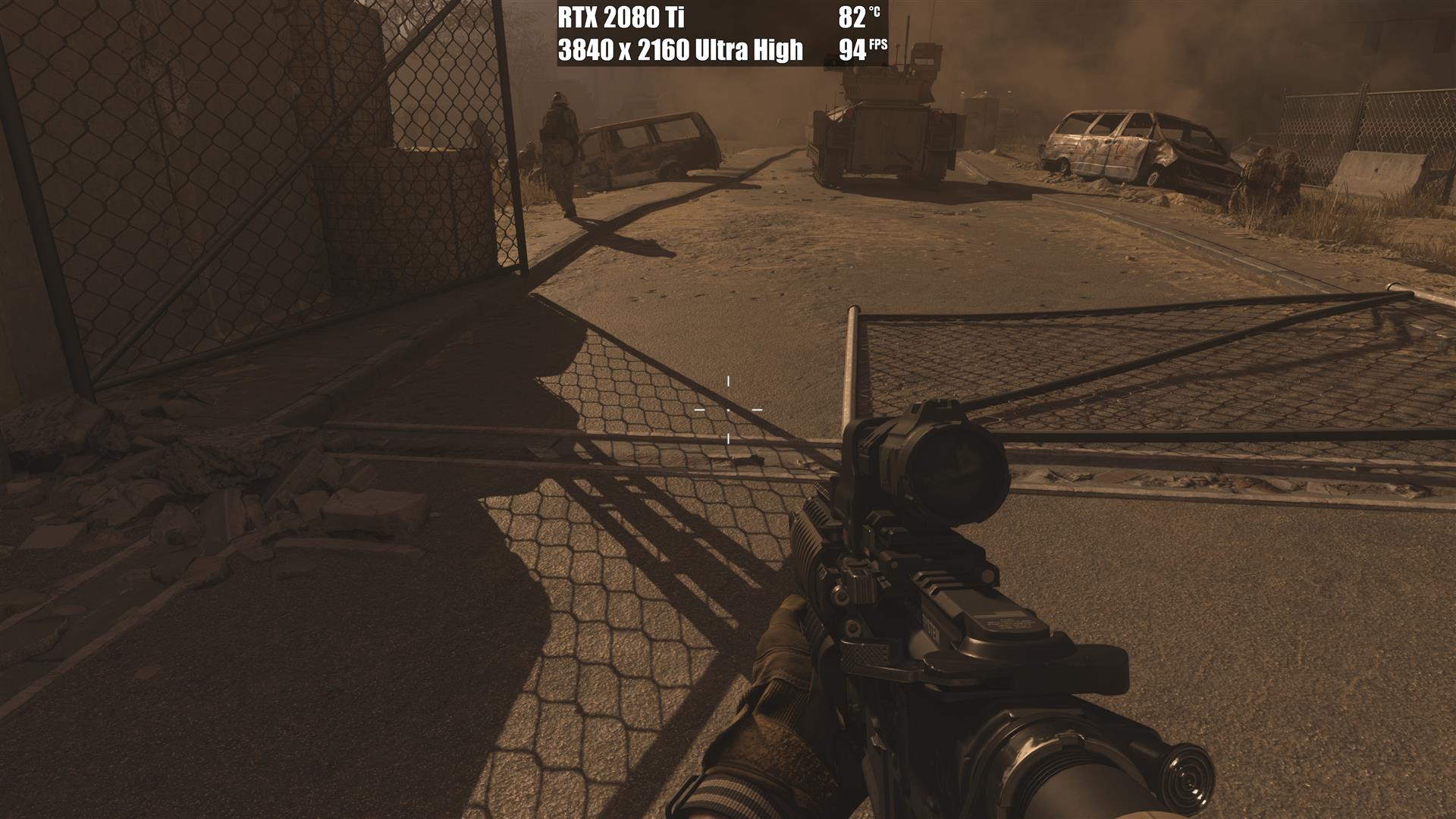