Optimisation Tips - Which settings have the most impact?

Optimisation Tips - Which settings have the most impact?


When testing Modern Warfare, we ran our benchmarking location using a variety of graphics settings using our PowerColor Radeon RX 5700 Red Devil graphics card and compared the game's performance when adjusting most of the game's graphical settings. Doing this gave us the results below.

If you want to increase your Modern Warfare performance you have two simple options, turn the game's Ambient Occlusion setting to MDAO (or off), or disable Anti-Aliasing. Every other setting has a minor performance impact, which will force PC gamers to make cuts to several graphical settings to have a notable impact on Modern Warfare's performance.

Options like tesselation are designed for older graphics cards; which tend to be more limited in terms of tesselation performance than their modern counterparts. This means that modern GPUs should be able to have this setting set to all without any issues, though users of older graphics cards (especially older Radeon cards) should expect these settings to have a larger performance impact. 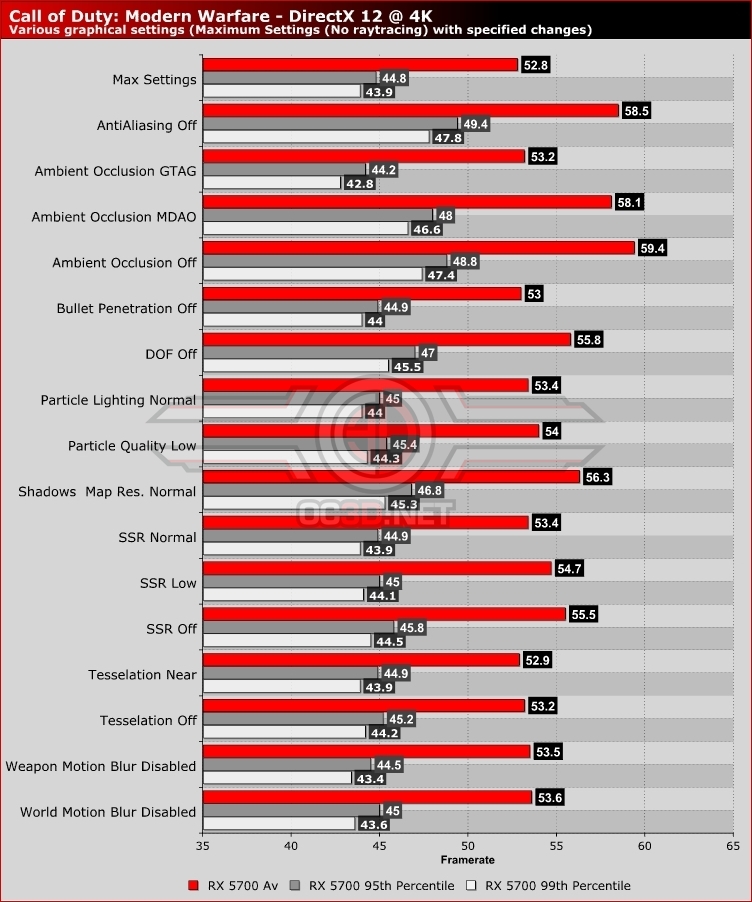