CPU Performance - Another reason why DirectX 12 needs to be fixed

CPU Performance - Another reason why DirectX 12 needs to be fixed

Borderlands 3's DirectX 11 mode is a single-threaded CPU performance hog. The game runs with similar performance levels with four cores and six cores, while the Windows Task manager shows a single cores taking the bulk of the game's load.

This wouldn't be bad news if the game ran well with a single fast core. The problem is that it doesn't. Borderlands 3 would have benefitted from a little more multi-threading, something which is provided under DirectX 12.

While our 4GHz i7-6850K isn't that high-end by today's standards; we must remember that most PC gamers aren't running 5GHz i7 or i9 series processors. A lot of us use older i5 and budget components. With this in mind, it is easy to see CPU performance as a failing in Borderlands 3.

Yes, 60+ FPS is easy enough to achieve at badass settings on our 4GHz i7-6850K, but what about the 120Hz crowd? Things could have been a lot better here. 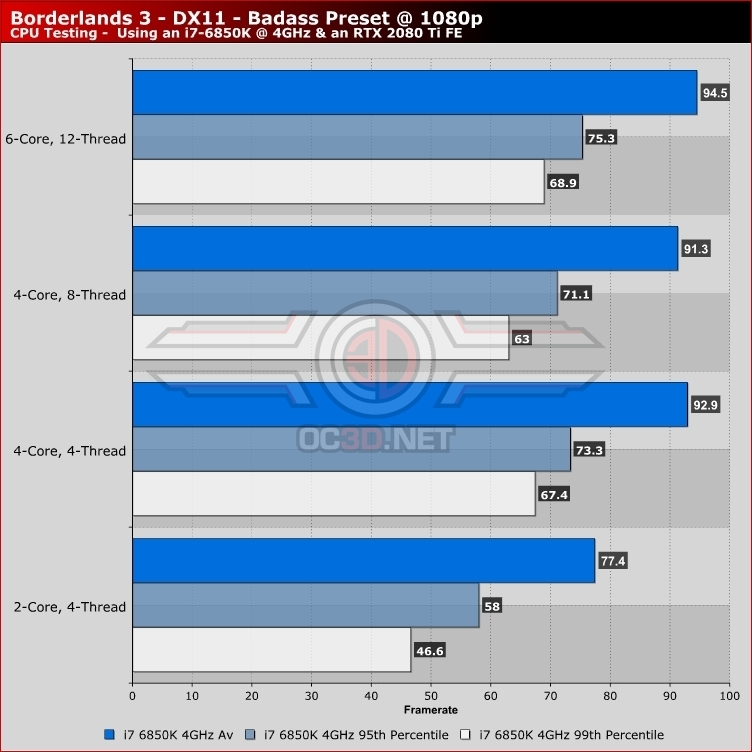 Sadly, as detailed on page 5, DirectX 12 doesn't work correctly on Borderlands 3's PC version at the time of writing. Borderlands 3 can perform a lot better under DirectX 12, which is why the game's early DirectX 12 issues are a huge bugbear for high-end PC gamers. 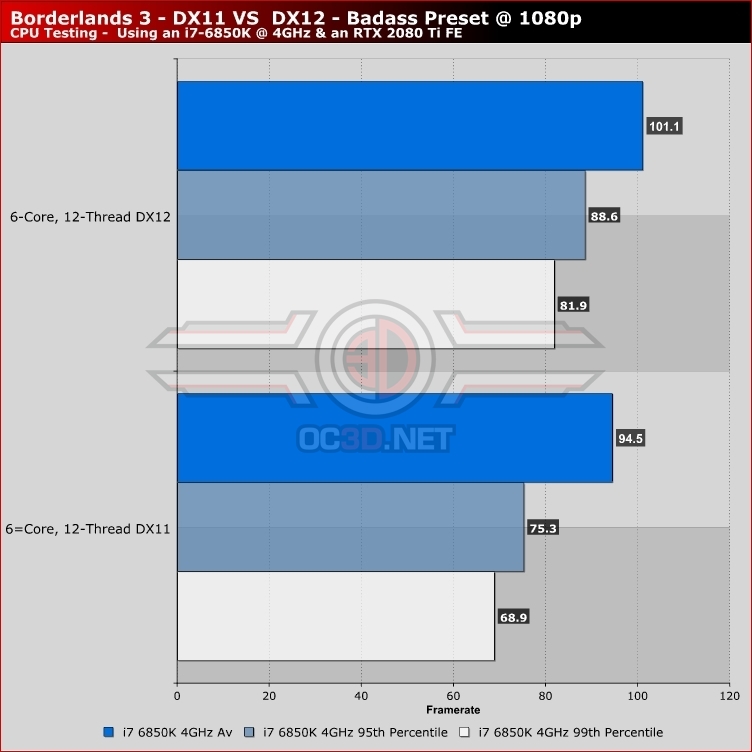