We were hoping to introduce you to Assassin's Creed Unity today, with some explanations of the amazing shader work that is going on behind the scenes to bring true next-gen graphics to the home PC market.

However, as you can't have failed to notice unless you've been living under a rock for the last 24 hours, the internet is ablaze with tales of woe, rending of garments, gnashing of teeth and a large sense of dissatisfaction at the unforgivable nature of the release version of the game. It might be set in 1789 during the French Revolution but unless Ubisoft quickly pull their fingers out then you might as well be playing on a computer from the 18th century and certainly some heads will roll. Ah historical references, always fun.

So lady assassins are too complicated to make and the internet rightfully exploded in a rage. But we needn't have worried as it's not a sexist thing, merely that Ubisoft struggle to make anything at all. The only unity here is the universal condemnation of the PC port of this particular title.

Although to label this as performance is rather overstating things. As you can see from the graph the only system that provides a smooth framerate is the GTX980 @ 1080P 0xAA. ZERO antialiasing. Have we slipped into a coma and awoken in 1999 again?

As we click through the resolutions the idea of 4K gaming from a Ubisoft title is clearly laughable with nothing playable from either card and at maximum settings and resolution the GTX980 manages a whopping 2 (two) frames per second. To put it another way you could go to your game screenshot provider of choice and, on a decent connection, look through the images faster than the game can render them.

So bad is the performance that the GTX970, a card which is seriously capable, doesn't work at all with 8xAA in higher resolutions. If this horrendous performance was unique to this particular title then perhaps we wouldn't be so irate, but it's a common thread of all Ubisoft titles. Released too early with catastrophic bugs, abysmal performance, the awful UPlay system and, as we've shown here, not working on one of the most popular cards around and barely capable on the best card you can buy (short of a Titan Black or 295X2). 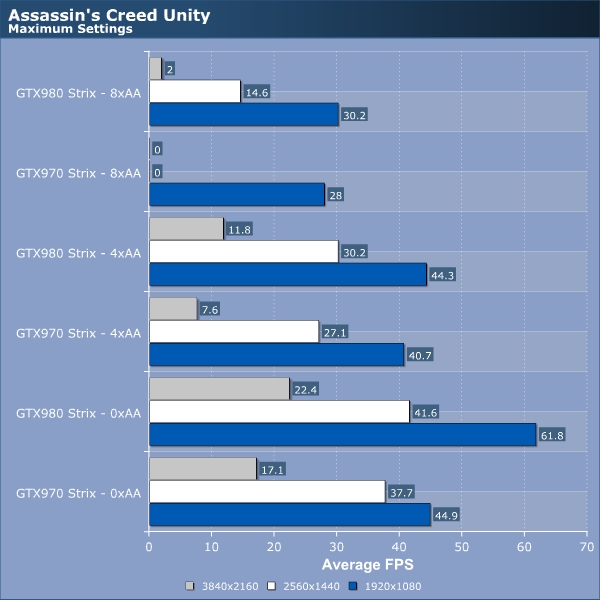 When it does work, it looks amazing. Soft shadows, HBAO, amazing lighting effects. If, image quality wise, this is the future then bring it on. Just in a manner we can also play.

Pay particular attention to the quality of the shadows in these shots, and the outstanding softness and light manipulation therein. 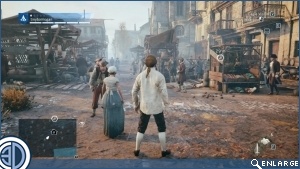 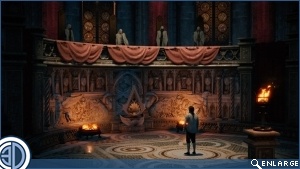 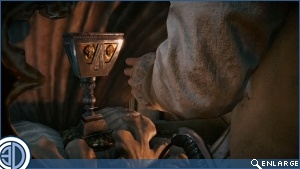 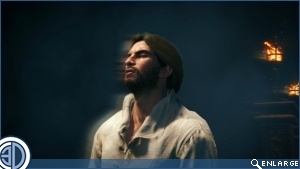 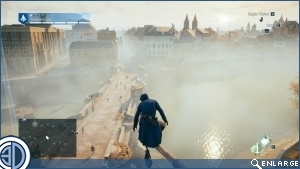 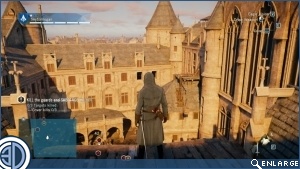 If you, like us, you find running the game at max settings with 1440 or 4K resolutions pretty much renders the menu's useless you have to restart the machine (we hit the reset button), go into your Assassin's Creed folder, found in My Documents, then open the ACU file in notepad before finally editing the resolution back to 1920x1080, as shown here. Then restart the game. This will at least get you back up and running. 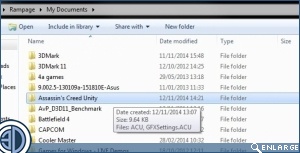 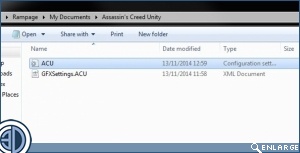 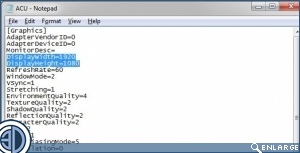 Let us know what you think of ACU and its performance in the OC3D Forums.

barnsley
Welp, hate to think what it'd be like for my 780Ti. Is this a video memory hog?Quote

Dicehunter
Good read, I'm not buying this though, I only had access to it through my mates US Uplay account using a proxy.

Until they fix the optimization I am not touching it, Some of the bugs are actually terrifying

gijoe50000
Seems to run fine for me on 1080p with my 970 on ultra settings. Runs smoother than mordor which 'jumps' every once in a while.. maybe I'm just lucky? Only played for an hour or two so far though, but graphics are pretty amazing alright!..Quote

SieB
I got this game for free off a mate who bought a 980 and already had it prordered.
And yes it is a Vram hog, i've noticed it using 3.8GB and it pretty much uses that much constantly, although I have 4GB so for me it isn't a prob but I can see that it might be for people with less.

Performance is pretty bad, instead of using AA i'm downsampling from 1440p using DSR which seems to be around the same as x4 MSAA whilst giving better performance.
With everything on ultra except for no AA and with bloom disabled i'm getting ~40-60fps.

The technical issues are more annoying than the performance in my opinion though, the crowd AI is dumb as with people just running around reacting in stupid ways, people spawn in mid air and walk through walls, there is stuttering, glitches, my control pad locks up and I can't use it. The list goes on, Ubisoft have not done well with their recent game releases.

I suppose in 4-5 months and after 5+ patches the game will finally be fixed, we are just the Beta testers at the moment.Quote

barnsley
Quote:
FFS, I really hope this isn't going to start a pattern. If so I'm screwed. As is everyone who has a 780(non 6gb version)/780Ti is a bit screwed and I love my 780ti