Graphical Options - The Tech That Underpins Apex Legends - Can you unlock the framerate?

Apex Legends offers all of the graphical options that PC gamers should expect from a high profile online shooter, featuring support for various aspect ratios, resolutions, and field of view options.

By default, the game's field of view option ranges from 70 degrees to 110 degrees. By default, the game will run with a framerate cap of 144Hz, though this can be mitigated with the command line argument (+fps_max unlimited). Several colourblind options are available to make the game's map notifications easier to view.

Perhaps the most interesting option that is included in Apex Legends is the game's "Adaptive Resolution FPS Target" setting, which can decrease the game's internal resolution on the fly to enable increased performance in demanding areas. This setting allows the PC version of the game to run like the game's console version, with a resolution during gameplay that lowers when required to maintain a high framerate.

This option can only be used with the game's TSAA Anti-Aliasing option, with the game's render target being player selectable. When testing the game with a GTX 1060 at 1080p max settings, setting the framerate target to 66 resulted in a minimum framerate of 64, keeping the game at 60+ FPS framerates at all times, even during heavy combat scenes in demanding areas of Apex' map. 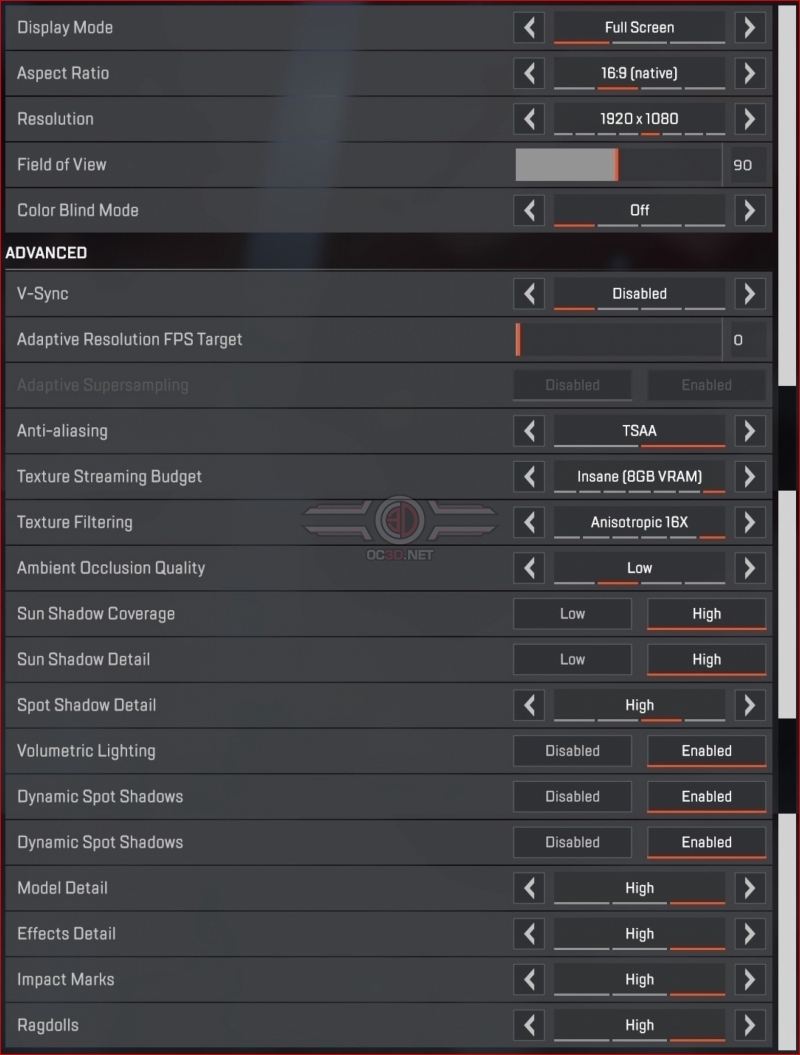 PC gamers can select the texture streaming budget of Apex Legends, allowing the game to easily scale to lower-end graphics hardware, even down to 1GB graphics cards. This is excellent news for users of older hardware, as it removes VRAM capacity as a potential performance limiting factor. This scalability is a must given the game's free-to-play status, as users of low-end PC gaming hardware will no doubt be attracted to a free game, especially one of such popularity.