Another win for Radeon's FidelityFX

Love it or hate it; today's gaming world is filled with blur. Be it from today's commonly used Temporal Anti-Aliasing solutions (TAA) or from the sub-native resolutions that are common on today's console hardware.

Some developers have worked to fix this blur issue with post-process image sharpening techniques, but this is a presents a difficult balancing act for developers. Too much sharpening will introduce artefacts and the aliasing that TAA aims to avoid, but too little will make your game appear low-res. The solution? AMD's FidelityFX.

FidelityFX is a "Contrast-Adaptive Sharpening" tool from AMD which is designed to sharpen images whenever possible without graphical downsides. This helps to prevent the issues of both oversharpening and undersharpening, giving developers a balanced approach to post-process image sharpening.

The PC version of Shadow of the Tomb Raider has been updated to support AMD's FidelityFX technology, making it the first game to support both RTX raytracing through Microsoft's DXR API and AMD's FidelityFX. With FidelityFX being a GPU-agnostic, open-sourced tool; AMD has allowed FidelityFX to work on both Radeon and Geforce graphics cards. This means that all players of Shadow of the Tomb Raider can enjoy the benefits of FidelityFX. FidelityFX is not AMD-specific, and anyone that hints otherwise doesn't understand how this Radeon technology works.

FidelityFX in Shadow of the Tomb Raider

To enable AMD FidelityFX in Shadow of the Tomb Raider, all you will need to do is find the game's option for "AMD FidlityFX CAS" within the game's Display options menu and change the setting from "OFF" to "ON". It's as simple as that. This setting doesn't require a game restart to activate.

AMD's FidelityFX tool can also be used for upsampling within Shadow of the Tomb Raider, allowing it to act like AMD's driver-level CAS rescaling features. That said, game-level support for this is preferable, as this allows UI elements not to be sharpened and be displayed at your screen's native resolution.

Looking at the comparison below, it is immediately obvious that AMD's FidlityFX has a major impact on Shadow of the Tomb Raider's visuals. Most areas of the image below are both sharper and clearer than before. This image is an 800x450 section is a larger 4K screenshot, so imagine this increased sharpness across a much larger picture. 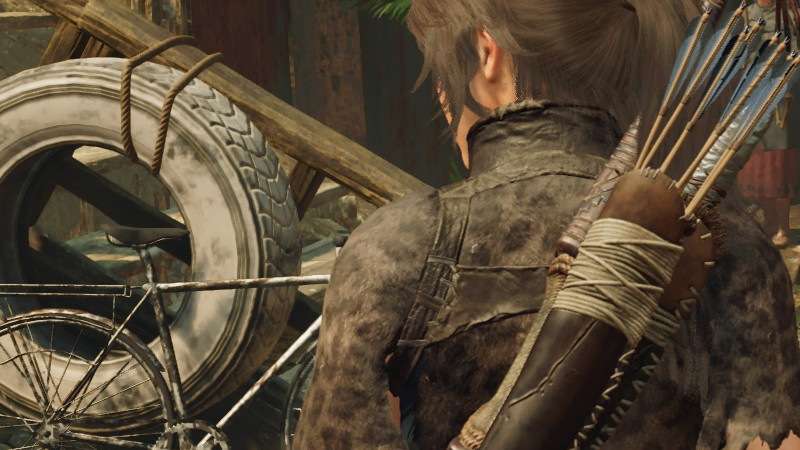 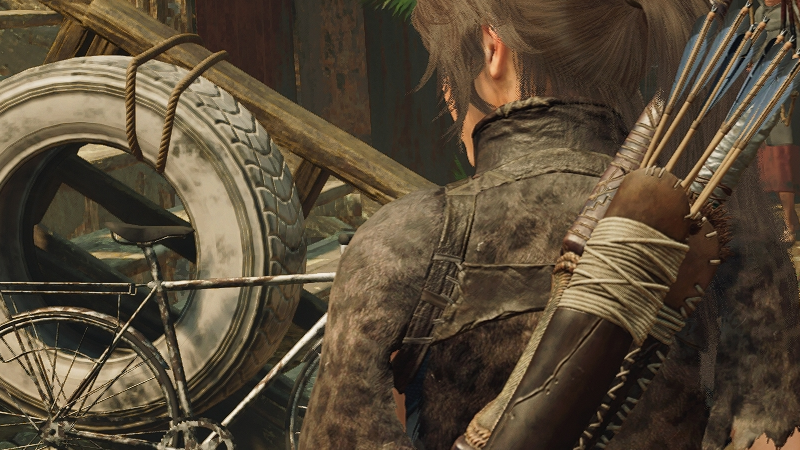 Below we can see an area where FidlityFX makes a night and day difference to Shadow of the Tomb Raider's visuals. Now the vehicle below is displayed with its full detail on display. The texture of the truck paintwork can now be seen clearly, and the finer details of the terrain below are visible.

Activating FidelityFX allows us to see details that weren't visible before within the game, even at 4K. Not bad, given the feature's minimal performance impact. 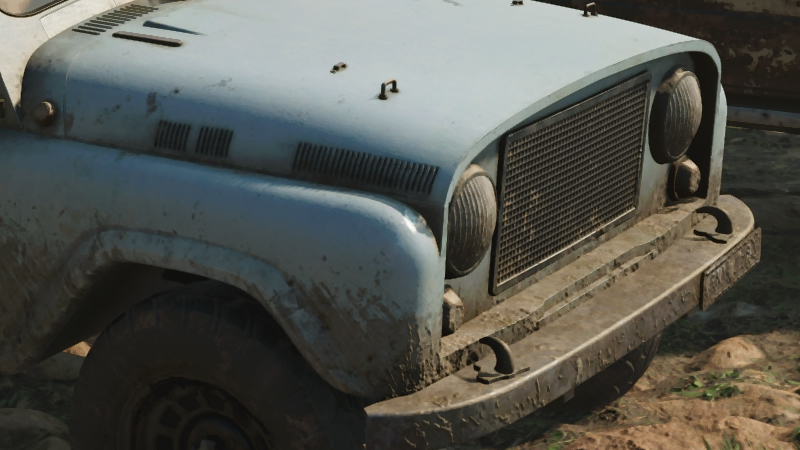 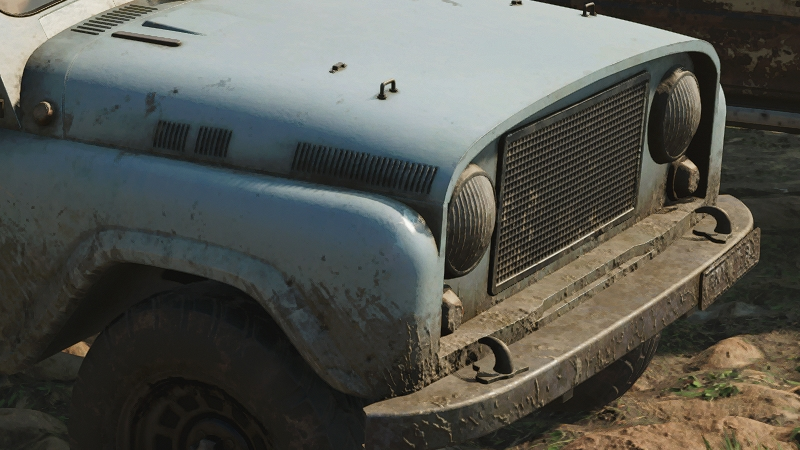 Next up, we can see another scene where FidlityFX helps to bring back much of Shadow of the Tomb Raider's lost graphical detail. Looking at the flagpole on the left, we can see much more detail in the game's wood textures, as well as sharper foliage in the medium-far distance. The campfire in the distance is similarly sharper, as is the distant road.

Again, we see increased sharpness over a large amount of the scene. Better still, the game lacks the telltale signs of oversharpening, such as white halos around objects and a return of unwanted aliasing. 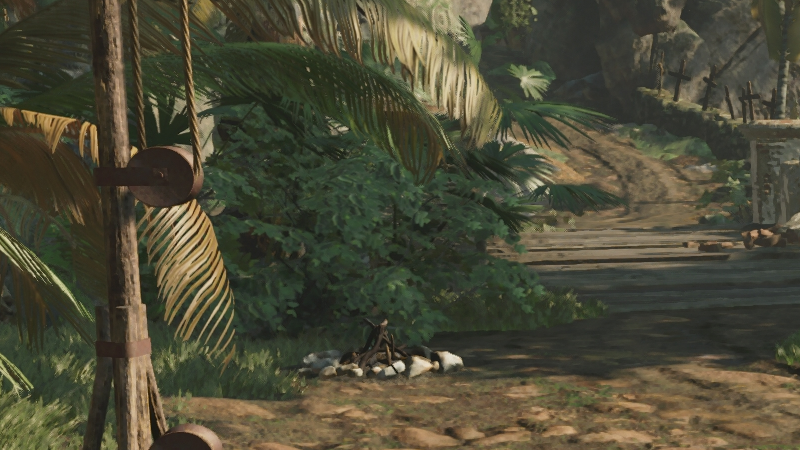 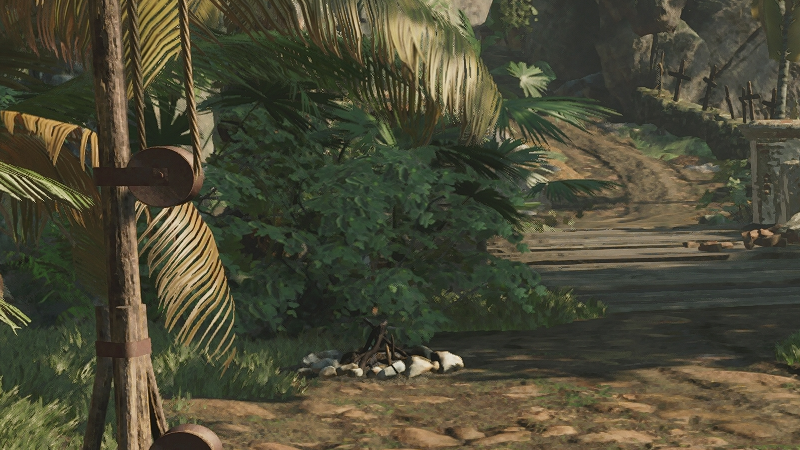 NeverBackDown
I think this technology would be brilliant for a console implementation. Essentially free visual upgrade which for a console is would be unheard of. It would have to be reworked a little bit but I think it's worth it for this gen and next gen.Quote

WYP
Quote:
No, this is TAA on without the same disadvantages as before. No AA would have tonnes of aliasing. No AA looks worse IMHO.

With both TAA and FidelityFX, the game comes much closer to a theoretical "best of both worlds scenario".Quote

AngryGoldfish
That's very impressive looking. I mean, these effects are becoming harder and harder to distinguish in-game, and it's why the Ray-Tracing implemented in BFV doesn't make the most sense, but there's no denying from those screenshots which looks superior in every way.Quote

Avet
Quote:
Sort of. When you have a large amount of details on PC and you sharpen them and bring them to front you get a more vivid image. Red Dead Redemption 2 for example on consoles runs on lowest, or even lower than lowest settings compared to the PC version. When you have no details to start with there is nothing FidelityFX or whichcraft can do to make it look good.

It could help with next gen consoles to a degree, but for this gen i think there is no point in implementing it.Quote
Reply