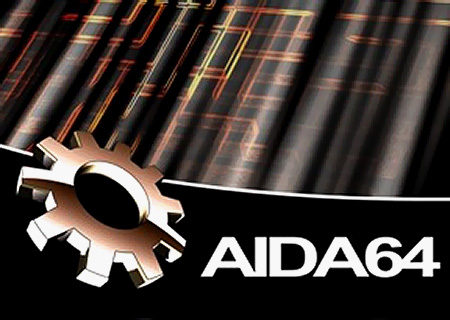 Thanks to the comprehensive 'at a glance' nature of the AIDA64 display many of the new elements we can show you in a single screenshot.

Firstly we have the new CPU benchmark itself. CPU Hash is a cryptographic benchmark that tests the hash value calculation performance.

Secondly you can see that the results page is greatly trimmed in comparison to the rather bloated old Everest. No longer are we comparing our i7s and 1090Ts to P200MMX CPUs. Although there are still more than enough results to get a good feel for where things stand in the great scheme of things.

Finally the Stability Test which was previously hidden under the tools menu has been brought down to the toolbar itself just to the left of the report button. 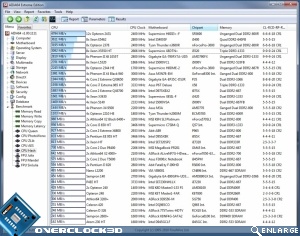 Alongside this many of the underlying tests have been greatly optimised and all the benchmarks have been ported to 64-bit as befits the AIDA64 moniker. Alongside improvements to the FPU Fractal calculations the other major improvements are to be seen in the zLib testing.

Here is a comparison of the final version of Everest against AIDA64. Run back to back on the same machine. As you can see when FinalWire say it's been optimised, they really mean it.

Just in case that isn't enough for you the final really big change is vastly improved support for Solid State Drives, with the capability to identify both the controller and the NAND modules. Disk Health via SMART is also supported for Indilinx, Intel, JMicron, Samsung and the new SandForce controllers.

alienware
Never liked Everest. Their windows were so expensive

Ohhh, that Everest. I always found it clunky and really over complicated. I installed it once and it pooed about two thousand boxes around my desktop and I had to literally sit there for half an hour to find my temps.

Unless I'm thinking of something completely different of course.Quote

mayhem
hehe good on them .

And a download section know. were getting posh hehe.

thks for the review.

p.s tom you missed off the link .Quote

alienware
Ooo a downloads section ! The server is nice and fast, too

Thanks to all involved on that one. Grabbing that Metro thing as we speak

were are the babes in the corner

Diablo
Great review, finally took the plunge and bought it. Almost the best £13 I ever spent.Quote
Reply