All Total War games are effectively two games in one, an empire management game and a real-time tactics experience. Players need to excel at both to succeed, as no nation can survive without competent commanders, and a failing country cannot maintain a strong army.

A Total War Saga: Troy focuses on the Trojan War, the legendary war which was waged between the city of Troy and Greek forces. The war is a major part of Greek mythology, allowing this Total War title to gain a mythic twist with hero units and mythological combatants.

The purpose of this analysis is to provide PC gamers with some optimisation tips for Total War Saga: Troy and to see how the game runs on today's PC hardware. Will this Total War utilise highly-threaded CPUs? Has Troy benefited from any engine upgrades over Total War Warhammer II or Total War: Three Kingdoms? Let's find out.

When testing A Total War Saga: Troy, we opted to use the newest drivers from both the Radeon and Geforce camps. These drivers are AMD's Radeon Software Adrenalin Edition 20.8.1 driver as well as Nvidia's Geforce 451.67 WHQL driver.

A Total War Saga: Troy is the first game to utilise OC3D's new games test system. We plan to detail this system further at a later date and explain our hardware selections in detail.

For now, we will say that we can see many future PC games utilising larger core/thread counts and requiring SSD storage. This system will allow us to provide more detailed core scaling tests and provide us with a strong baseline for storage-based performance testing; which can span from 3.5-inch SATA-based mechanical storage drives to PCIe 4.0 M.2 NVMe SSDs.

You can expect to hear more about this system in a future article, where we will detail the construction of this system and compare it to our previous games testing system.

There is a lot to consider when building a new games testing system. Will this system stand up to the test of time. Does this system contain the features that new games will require, and are we choosing the right CPU platform for the job?

With the next-generation of consoles coming with Zen 2 processors and support for PCIe 4.0 storage, it was logical to choose a Ryzen-based test platform. Intel's current offerings do not offer PCIe 4.0 support, and we cannot build a new test system knowing that it will be outdated as soon as games start to utilise faster storage mediums.

With ASUS' ROG X570 Crosshair VII Formula, we know that we have a motherboard that has capable VRMs to withstand the punishments that a hardware test system must face. With X570 we also know that we can upgrade to Zen 3/Ryzen 4000 should we ever need to. 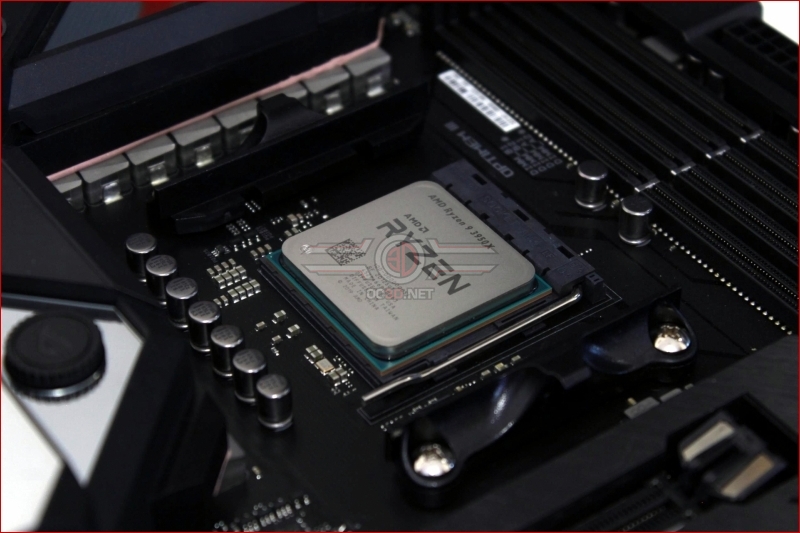 Having chosen a Ryzen processor for our new test systems, we needed capable memory modules which offered clock speed that would allow us to get the most out of our Ryzen processor.

3600MHz memory is the "sweet-spot" for Ryzen 3000 series processors, offering high levels of memory bandwidth while settings AMD's Infinity Fabric speeds to optimal levels. With this speed in mind, we decided to opt for Corsair's Dominator Platinum RGB series of DDR4 modules, as it offers us a great aesthetic, has modules that offer our optimal memory speeds and has relatively tight timings given its clock speeds. 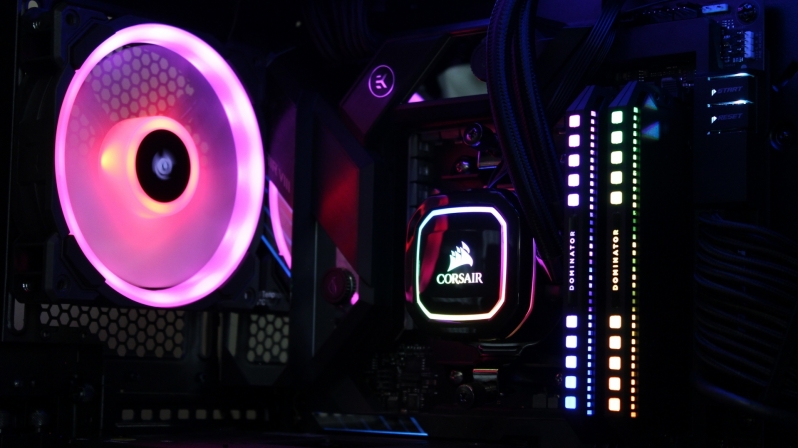 As we mentioned previously, future games are going to require fast NVMe storage. Both the PlayStation 5 and Xbox Series X will make fast SSD storage a baseline feature of new gaming systems.

PCIe 4.0 devices are an obvious choice for those who want SSDs with the most potential throughput, making Corsair's MP600 SSD a great option for us. With 2TB of storage available to it, it offers us more than enough storage for even the largest of PC games. Call of Duty: Modern Warfare/Warzone will need a lot more 50GB upgrades before we would even dream of filling this SSD. 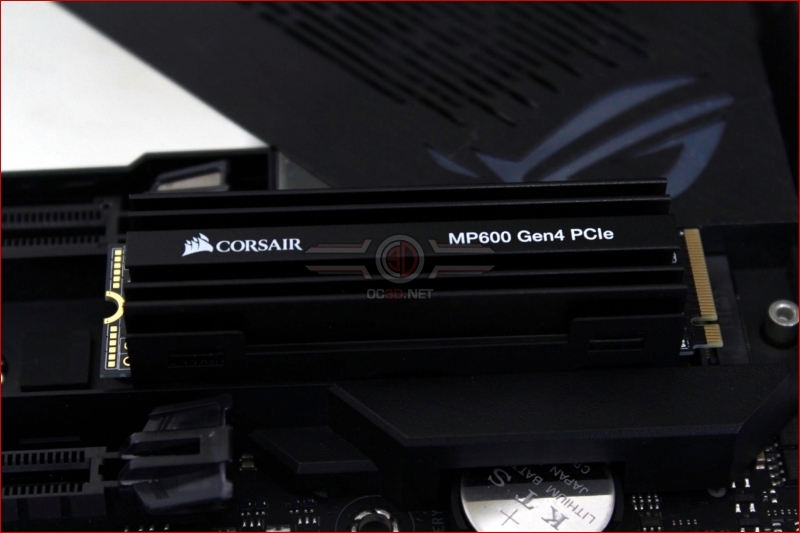 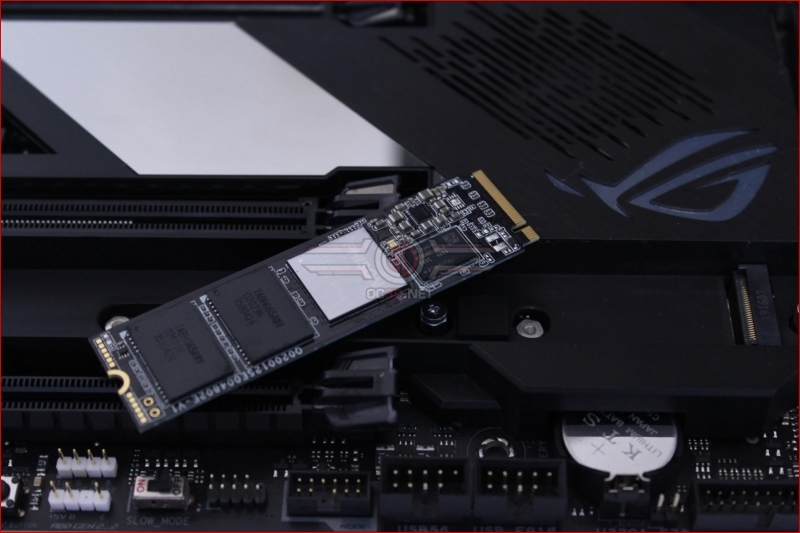 When it comes to PC cases we require two things, a large case (to accommodate large GPUs) that's easy to access and looks good on camera. When new graphics cards start to flood in, we need a case that can look good on video. Beyond that, when testing new graphics cards, we need an enclosure with a side panel that's easy to take on and off, speeding up our testing procedures.

With these requirements in mind, Corsair's Obsidian 500D RGB SE was a perfect fit. It is large enough to accommodate any graphics card without interfering with a front-mounted AIO liquid cooler, and it has a hinged side panel to make component switching fast and straightforward. For our use case, this chassis is perfect. 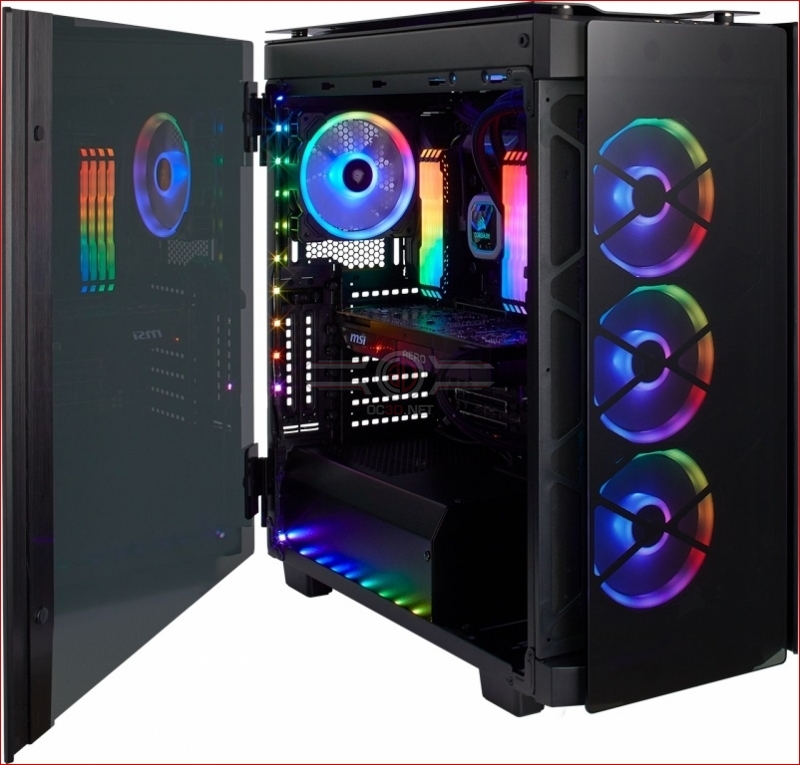 Your power supply is the most important part of any test system. There's a reason why rule number 1 for PC building is no never cheap out on your power supply.

Over the years, we have used many test systems which have been powered by Corsair's RMi series of power supplies, and the reasons behind that are simple. They are 80+ Gold rated, making them very power efficient, and we have never had an RMi power supply fail on us. If you read our PSU reviews, you will know that these units are solid performers.

Corsair Link is also a useful component of Corsair RMi series power supplies, as they allow us to see how much power the unit is using at any given time digitally.

We have also paired this unit with Corsair's premium braided cables, which gives our test system a more premium look. 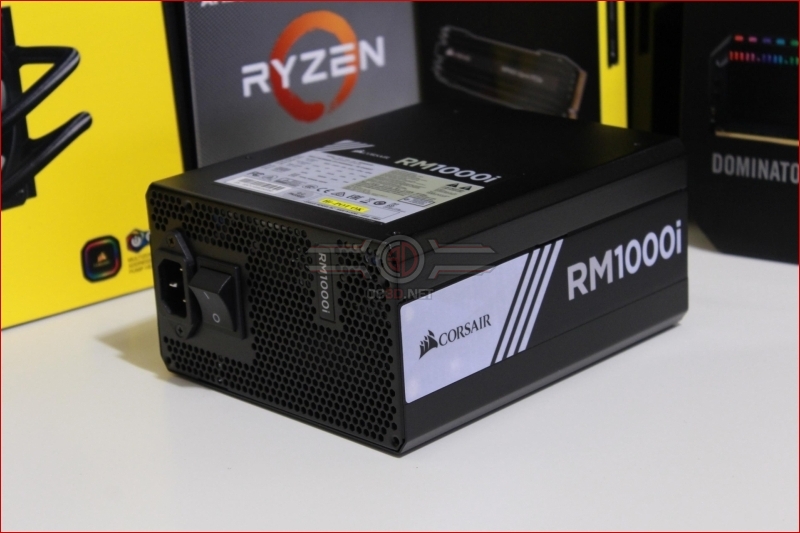 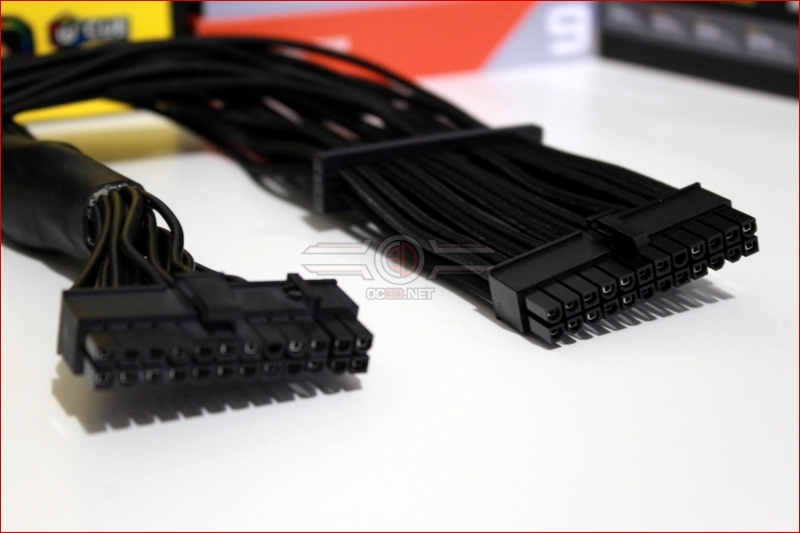 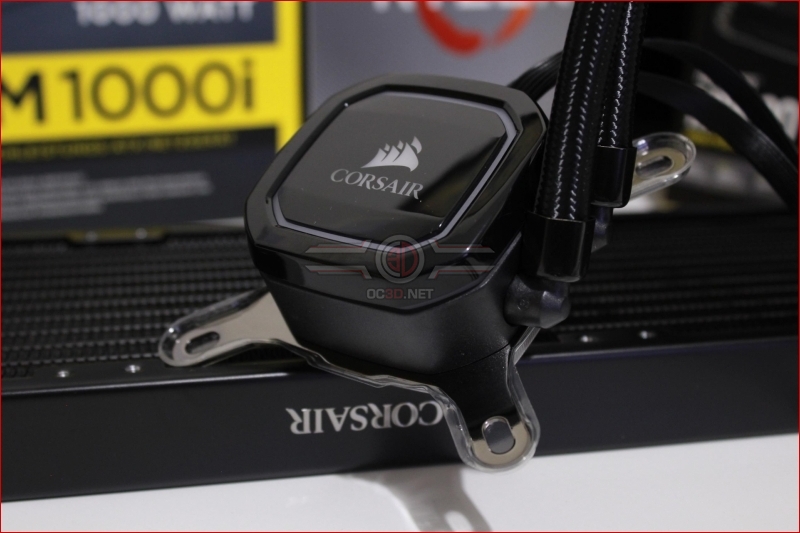