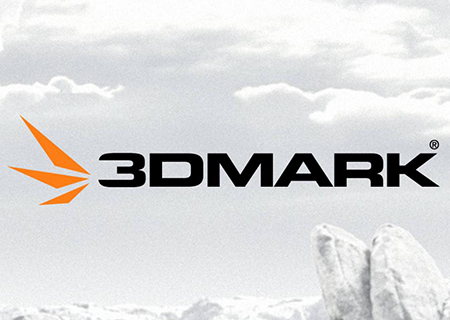 Since the dawn of the graphics accelerator, in Voodoo or Rendition Verite form, we've all been dazzled by the quality of images available to us. More and more money has been poured into our hardware, trying to get the ultimate gaming experience. Whenever we buy a new graphics card we instantly want to push it to its limits and see what our new investment has given us.

One company has, from the early days of people riding Dragons, been able to provide the very highest demonstration of raw GPU horsepower, and that's Futuremark. The fact that it also gives you a score at the end of it only adds to its charm. After all, as a species we have been comparing ourselves to the Jones' wherever possible. Whether it's the size of the Mammoth we have for dinner, through to the amount of times we can juggle a halibut whilst unicycling, competition is in our blood.

By combining jaw-dropping visuals with a score than shows a correlation between the quality of our hardware and the smoothness of the experience, 3D Mark rules over the benchmarking world with a fist of iron. We're sure we can't be the only people who have reinstalled older versions to finally see the benchmarks as the maker intended.

So it's absolutely no surprise that another version of 3D Mark has been released. Unlike its predecessors this hasn't got a suffix or identifier at all, being referred to merely as 3D Mark. It's not for us to tell a large company how to conduct their affairs but given that so many versions of 3D Mark exists we're certain that confusion will reign upon forums until a generally used nickname for it appears. It's going to end up being 3D Mark 13 anyway, might as well make it official. But it most certainly isn't official, so 3D Mark it remains.

Cross-platform is the major new feature of 3D Mark. Although unavailable at the moment, iOS, Android and Windows RT versions are due to make an appearance. Of course not all tests will be compatible with all versions, but the scores will be  comparable. You can finally see how your Galaxy S3 stacks up against your LGA2011 setup. Of course we will be focussing upon the plain Windows version today.

There are now three main tests, designed for DirectX 9, DirectX 10 and, can you guess, DirectX 11. For the first time in the 3D Mark series it supports the extreme 2560x1440 resolution in a test with a score, so those of you with massive monitors can really put your system through its paces.

Let's move on and take a look at what you can adjust, as well as a few screenshots.

Mgutierrez33
Wow... that extreme test... *drools a little*... *snaps out of it* Definitely gonna need to make a monster rig to run that one decently... O_O

PingPangBV
I purchased 3dmark on steam a couple of hours after release thinking I'd be just be steamrolling this benchmark like with 3dmark11, but I found myself jaw-dropped by how demanding this benchmark was (talking about Fire Strike ofc), not to mention the Extreme Fire Strike Test.....

Now, what I really wonder is how this benchmark will perform on an overkill 3D-rig "hint hint Tom".Quote

ugiboy
Hi, Got this program last night and thought I would put a link up to my score to see how it compares with other members??

Pendragon
I was inspired to make my own "first look" video on 3DMark. I do loads of game play videos but this is the first one like this I have done so I would love some input...

murphy7801
Im still getting issues on my sli gtx 580's keeps crashing on firestrike hope they fix it soon.Quote
Reply