One of the excellent features of GSM-6600P had to be its sexy brushed aluminium casing. Have Zippy Emacs continued this trend on the PSL-6850P, or do they have another surprise up their sleeves for us? Lets take a look... 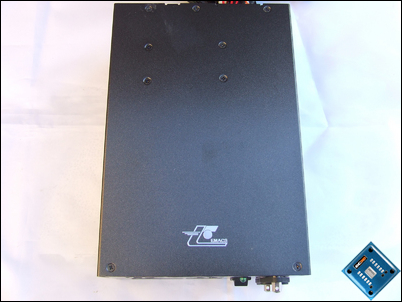 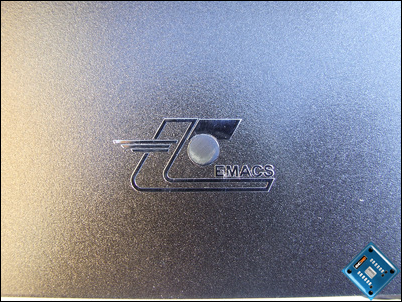 I was slightly disappointed to see that Zippy Emacs didn't go with an all aluminium casing for the PSL-6850P, however they certainly haven't gone for a plain black exterior either. The unit is actually sprayed in a highly metallic black paint that not only feels very durable, but looks amazing when light is reflected off it at different angles. 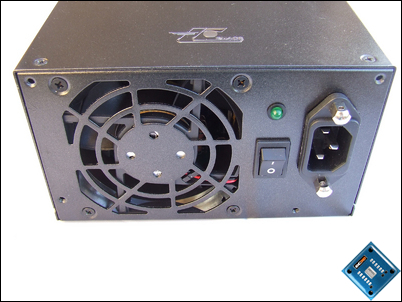 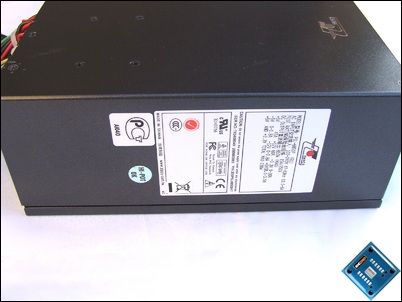 Yet again, Zippy have opted for a "punched" fan grill. In my opinion this makes the unit look rather dated. A much better option would have been a black wire fan grill seen on most modern power supplies.

The PSL-6850P has the ability to auto-detect input voltage and switch between 110v/240v accordingly. This means there is no requirement for a voltage selection switch on the back of the unit.

The unit also features two metal posts either side of the power plug that can be used in conjunction with the included brace. These prevent the power cord from coming loose when the computer is moved or the cord accidentally pulled - A feature often only seen on server power supplies. 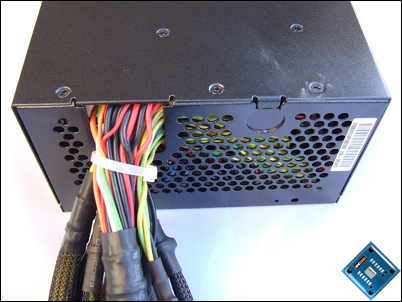 The front of the unit sports a full sized honeycomb grill that provides ventilation for the 80mm fan installed at the back. We can also see that Zippy Emacs have opted to hold the bundle of cables protruding from the unit together with a large cable tie. As mentioned in the previous GSM-6600P review, this is perfectly acceptable but does allow for more movement of the cables inside the unit and could eventually lead to a cable or solder joint breaking.

FarFarAway
Mixed feelings with this one tbh. Unsure if I really like it or not :|Quote

simon d
I was thinking about this PSU, but I will wait until the new ATI DX10 card come out first and quad cores. I was hoping for 4x PCI-E connectors.Quote

JN
Quote:
On looking at Zippy's site today it does look like they have a version of this PSU with 4xPCIE actually. I'll find out what the deal is.Quote