Originally released back in 2005, the Tagan Easycon range was one of the first power supplies to jump on the modular bandwagon. Coming in 480w, 530w and 580w variations, the unit was well regarded among the computer enthusiasts as it combined Tagan's quality along with a well-designed modular system.

Since then, the power consumption of PC components has risen, making 580w seen a little under powered for most enthusiasts needs. Tagan have released many new non-modular units ranging from 700w to over 1kw in their Turbojet and Dual Engine ranges but seemed to have neglected their modular Easycon range. That is until now...

After reviewing Tagan's 1kw Turbojet that was packaged inside a leather suitcase I was pretty sure that Tagan couldn't surprise me with any more whacky packaging ideas.... 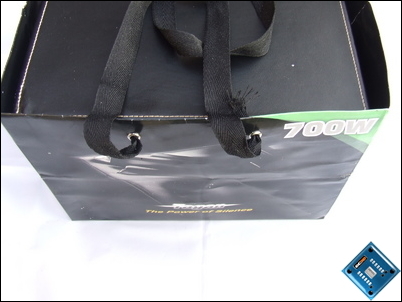 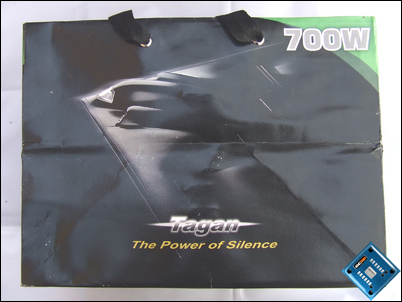 PSU packing from most manufacturers comes with a small plastic handle to make it easier for you to carry the unit home from the shops. However, Tagan has gone one step further and placed the Easycon XL in a large card bag complete with fabric handles. 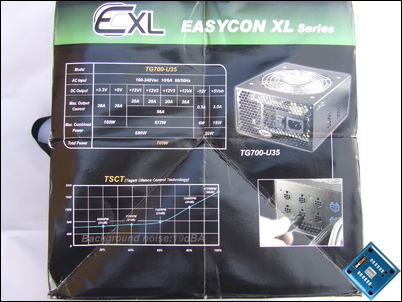 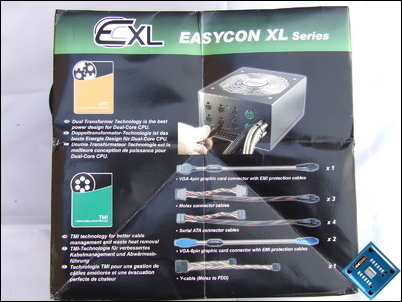 Found on the sides of the bag is information about the unit contained within. From above, we can see that we have been sent the TG700-U35 model that sports four +12v rails rated at 20a each (56a combined).

Also found on the sides of the bag is information regarding the Tagan's noise output at various loads, and an illustration of the cables contained within the box. 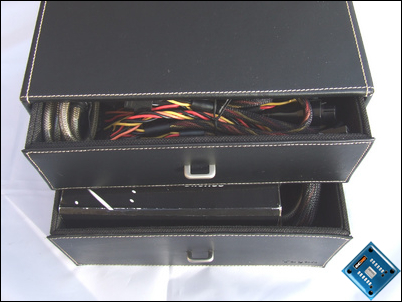 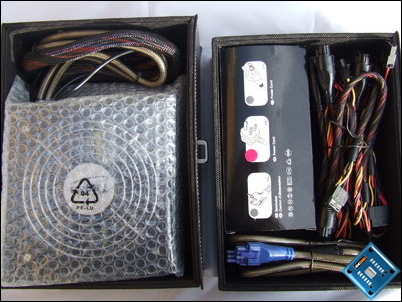 Inside the bag is a large leather box with two draws and cream coloured seaming. I must admit thinking that the box looked somewhat like a make-up case, however once the power supply is installed inside your PC the box could certainly come in handy for storing tools or other computer hardware. The box is also extremely rigid, and will certainly protect the power supply from any drops or knocks during shipping.

Tagan have always been known for adding a few extra touches to their PSU packages, and as you can see from above they don't disappoint when it comes to the Easycon XL series. Providing both velcro and plastic cable ties along with a shielded power cable and various other cable converters, the TG700-U35 package is very complete indeed.

What camera did you get ?Quote

Needed a cam with manual zoom/focus

JN
Quote:
Nah its an S series. When i can be bothered to go upstairs i'll let u know