Formed in August 2000, OCZ has always been known as a company at the forefront of high performance memory technology for the overclocking and gaming communities.

Several years after their inception, OCZ entered the power supply market with a unit labelled the PowerStream. This unit was a massive success, being one of the most highly sought-after power supplies amongst enthusiasts due to its stable voltages, good looks and adjustable rails. These features coupled with OCZ's excellent warranty and genuine interest in the communities that it was targeting ensured that the PowerStream remained a hit for several years to follow.

However, OCZ have never been a company to stand still, and for this reason the latest addition to the OCZ power supply line-up was launched. Coming in 600w and 700w varieties, the GameXStream has been designed to meet the power requirements of the modern high-end computer system, and today we'll be testing it out to see if it lives up to OCZ's legacy.

When you hear the name GameXStream, you just know that this unit isn't going to come in a brown cardboard box. After all, everything aimed at the gaming market tends to come in the most visually attractive packaging possible. The GameXStream is no different... 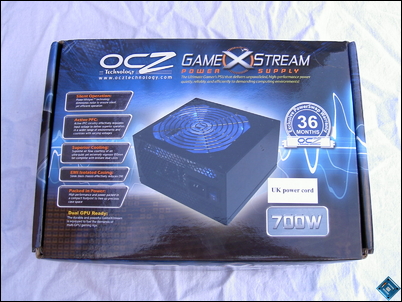 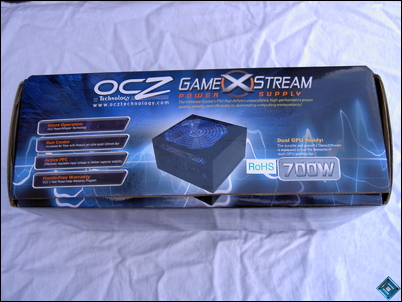 The graphical design of the packaging is certainly aimed to turn heads. Using a dark blue/black background complete with power/lighting effects bolting into an image of the GameXStream unit, this is probably one of the first units people will pick up when browsing for a new power supply in a computer store.

The information on the front and top of the packaging tell pretty much the same story: 700w, 36month warranty, Dual GPU ready, Active PFC and many other features to boot. 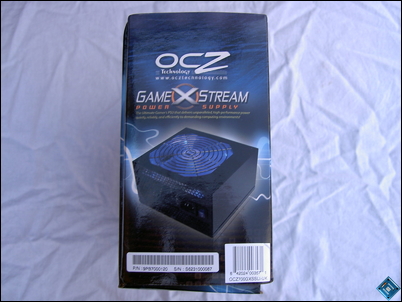 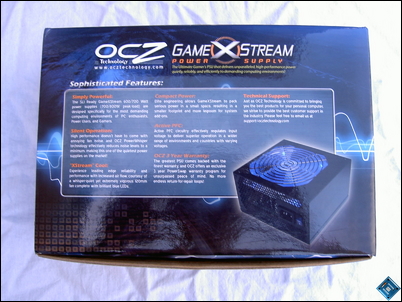 The trend continues around the side and on the back of the packaging, once again showing a picture of the unit alongside some of its vital statistics.

It's also good to see that OCZ have placed their support e-mail address on the back of the packaging should you have any problems with the unit. Of course, what good is a support e-mail address if nobody responds, so I decided to put it to the test. Within 42 minutes of sending an e-mail complaining about a faulty GameXStream, I received a reply from a real person giving me information on what else is should try before RMA'ing the unit. Impressive. 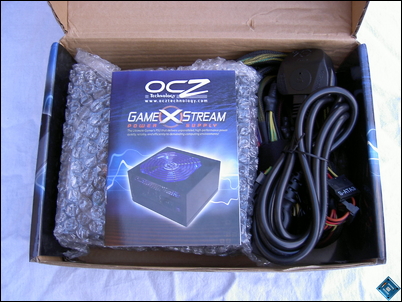 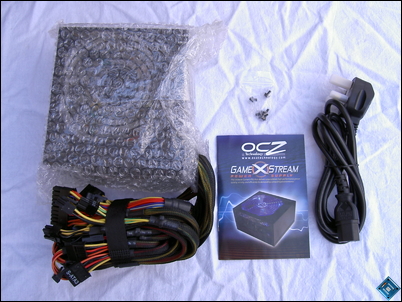 The GameXStream is packaged in a clear bubble-wrap bag to protect it from knocks and scratches. Hopefully this should be enough to protect the unit from moderately rough handling by couriers during its journey to you.

PV5150
Great review as always Jim. Agreed, on the very ordinary appearance especially from the likes of OCZ. Again the solid build and very stable voltages are sure to please most people and cause them to forget about the bland look. Well done anyway mate

Archmage
Great review and even more so cos I've just got the 600W version of this, so I'm hoping it's as good.Quote

was it the best psu uve played with?Quote
Reply