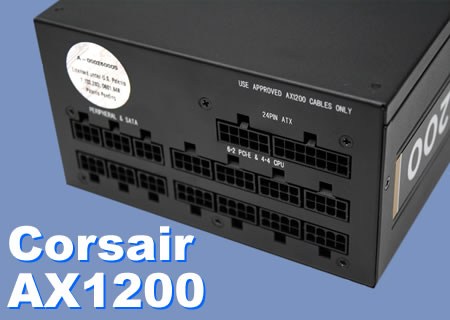 For those of you not familiar with the layout of our relatively new graphs, the highest and lowest values on the Y-axis (voltage) represent the maximum and minimum voltages allowed by ATX specifications. If the results should fall outside the graph at any time, then that's an instant FAIL. However, merely staying inside these boundaries does not necessarily indicate a good PSU. In order to display truly great voltage regulation, a PSU must stick as closely as possible to the thick white horizontal line (ideal voltage) as possible.

You will also notice that the graph is split into three sections as depicted by the Green, Amber and Red backgrounds. These indicate normal usage (green), heavily uneven load distribution (amber) and overloading of the PSU (red). For the most part all we need to worry about is how it performs in the green section, but good performance in the other sections will undoubtedly earn the PSU extra brownie points.

For a better understanding of now we conduct our PSU testing and how these results were obtained, please be sure to check out the tabulated results over on the next page.

The +3.3v rail in particular is being used less and less these days with most high current devices relying mostly on the +12v rail and occasionally on the +5v rail. This is reflected somewhat in the results from the AX1200, which while perfectly acceptable and well within tolerances, Isn't quite as tight as it could be.

Despite the appearance of a slightly less steep slope on the +5v rail in comparison to the +3.3v one, the actual change in voltage from 327w to 1206w loads is exactly the same. However, given that ATX guidelines give us a window of ±10% on the baseline voltage, the +5v rail has just a little more leeway in either direction and therefore the +5v rail could be stated as having ever so slightly better performance.

Would you look at that +12v rail though. What a sight for sore eyes (I've got hay-fever). The voltage output stays ever so slightly above our 12v baseline throughout all of the tests, and only has the tiniest of downward slants from idle to full load. Even in the max load test is refuses to budge from 12.04v  showing that this really is a PSU for those who are going to be putting some seriously powerful GPU's in their PC's.

Efficiency....boing! That pretty much sums it up, don't you think? 93% at any anything from ~600-900w load and just shy of 90% efficiency when running at its full rated output. The only areas that push the line towards the bottom of the graph is the cross-load TX1 test (heavy load on +3.3/5v) and the max-load test where the PSU is running way outside of specification. Both these tests don't really mimic real life situations - and certainly aren't part of the standard 80PLUS tests. It's mostly me having fun watching PSU's scream for help.

killablade
Wow. That is simply amazing!

oh btw you forgot a C in the title

VonBlade
I was lucky enough to see the results prior to it going live.

It is truly epic. With a price-tag to match. Ouch.

But clearly if you want the best...Quote