High end power supplies have always had their very specific uses. For the average user, we’ve always recommended saving money and going for a lower wattage unit as most computers will never need excessive watts to power their system. The majority of systems are able to get by with a mere 500 watts. A single Intel i5 with a GTX 780 will rarely pull over 500w, and running 780s in SLI will still be unlikely to hit over 750watts. Of course any system running two GTX 780s is likely the be envied by the vast majority of users, and so to most consumers and enthusiasts, seeing a 1500 watt unit does turn a lot of heads.

We’ve previously seen 1200w units from Corsair, with the older much loved AX1200, and the current AX1200i, but now we’re graced with the latest AX1500i, capable of powering any combination of consumer processors and graphics cards you could fit in a system. 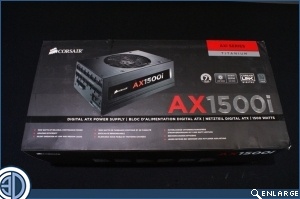 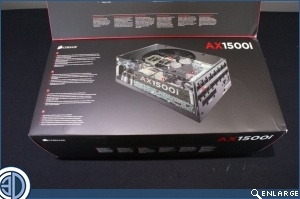 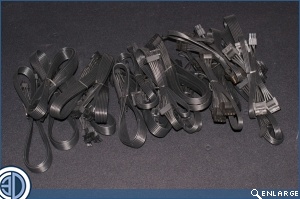 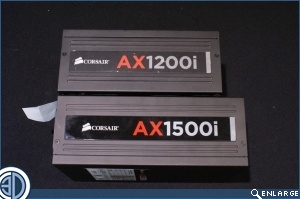 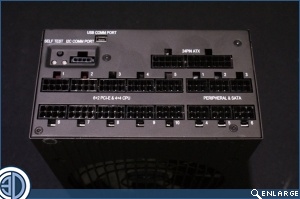 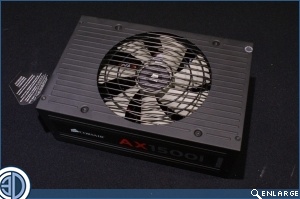 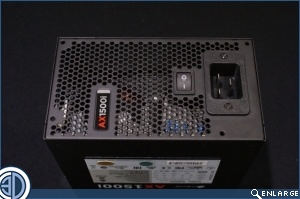 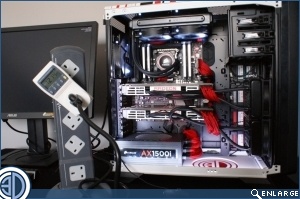 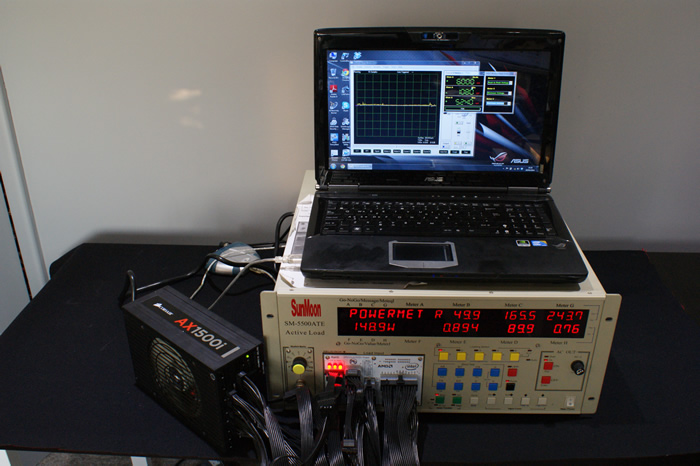 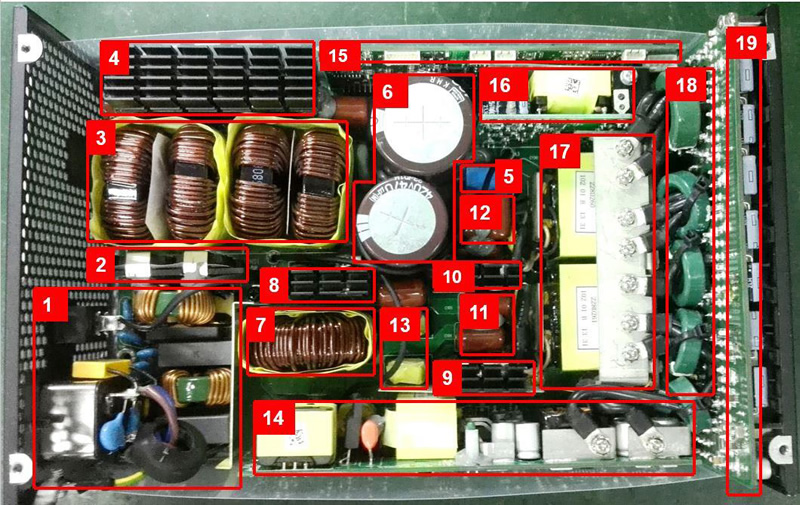 Like the previous Corsair AX1200i, the 1500i comes with the same Digital Controlled Power technology. This means it’s able to output a more stable DC Voltage and will be within 1.5% of the 12v, even if you’re pushing the hardware to its limits. This has been a characteristic with all of the ‘i’ branded power supplies from Corsair and it does add having a more stable power output definitely adds a good selling point if you’re looking for a new power supply.

As you’d expect with any high quality unit, the AX1500i carries the 80 Plus efficiency rating. However, this is one of the few units that carries the Titanium rating. This is one of the highest ratings we’re ever seen on a power supply. The previous AX760i, AX860i and the AX1200i all carry the 80 Plus Platinum rating which has previously been the best efficiency rating that we’ve seen, and it’s incredible to see that Corsair have managed to gain an extra few percentage points (up to 94%) of efficiency out of the AX1500i. Also, in our testing, when we were pulling 1200w from the AX1500i, we saw only 9mv of voltage ripple. The rated specfications for an ATX power supply is currently 120mv, which really shows just how much of a high quality product this is.

Another feature that we’ve been accustomed to on the power supplies from Corsair has been a silent fan mode. This means that up to 30% of load, the power supply’s fan won’t spin up at all. Of course, if you’re running a 500 watt unit, this means you’ve only got headroom up to around 150w before the fan kicks in. However, with a unit as large as the AX1500i, the 30% gives you up to 450w whilst remaining entirely silent. This means you could be running a reasonably high end gaming system on the AX1500i and even under load the fan may never need to spin up.

The ‘i’ branding also means we’ve got support for Corsair Link with the AX1500i. Although we don’t see the necessity with this for more consumer based products such as the AX760i, since most people running systems like that may not be too bothered by the exact voltages their PSU is outputting, we do see this as being a fairly useful feature with a unit this powerful. If you’re running an Intel 2011 system, with a Quad SLI/Crossfire configuration, efficiency, power and voltages may be something you prefer to keep an eye on. It also may be convenient to check just how much you can push your hardware inside before the fan spins in order to keep your overall system noise controlled.

The self-test button is another feature we’ve seen on Corsair PSUs of late. Although Corsair units are some of the most reliable and high quality units out there, if you’re running a multi-thousand pound system with the AX1500i, it may be helpful to check everything is in order before booting the system. The convenient self-test button allows for this, and may go a long way in preventing system failures, and possible losses of money. The unit also comes with a 7 year warranty, and as most of us know the Corsair customer support is highly regarded by anyone who’s previously need it.

Of course, the AX series has always been fully modular, and this is no exception here. The fully black cables allow for the PSU to colour match with almost any system, and as with all modular Corsair units these days, options for coloured individually braided cables will be available if you did want to make your system even more unique.

We think Corsair going up from 1200w to 1500w has been an interesting decision. Of course to the vast majority of PC users, they'll never consider anything of this high calibre. However, it definitely does serve its purpose. Benchmarkers may benefit if they're wanting to run the latest high end system with mutliple graphics cards, along with everything overclocked as high as possible. Also, with the recent influx of Bitcoin mining systems which can run even more than four graphics cards in the same system, a 1500w power supply may be a perfect option for that. Also, people like this will have efficiency in mind if running any form of system like that, and the AX1500i's Titanium efficiency at 94% definitely makes Corsairs latest flagship PSU more attractive.

At £329.99 its not for the faint hearted, but if you are planning on investing in the hardware that would need this to power them you would be insane to cut corners in the PSU department. So if you want the very best for your pair of 295X2's bank of GTX780 Ti's or your monster mining system then the Corsair AX1500i should be on your wish list and because of this it gets the OC3D Gold award.

Thanks to Corsair for providing the AX1500i. You can discuss your thoughts on the OC3D Forums.

SieB
Well, if you have a quad GPU set up then this looks like the PSU to get. You can't go wrong with a Corsair PSU, 99.9% efficiency is pretty damn good.Quote

Squidlorock
That looks like an absolute beast of a system you have running on that psu!Quote

RickPlaysWarr
Now that's a HOT system, put intended in both performance and heat generation. Waiting on the R295x2 review to see how hot the Rad's actually got. You mentioned it in the video. I can't imagine having 2 of those cards in my system at $1600 or so apiece.Quote

Where the hell did you get that as I need one asap!Quote

tinytomlogan
Quote:
Amazingly it came from the USA!Quote
Reply