In the past, many people have judged the quality of a PSU on its weight and size of internal components. However, with many manufacturers moving on to newer and more efficient ways of designing their PSU's, it has become increasingly obvious that this is no longer a reliable method for gauging a power supply's quality. By looking inside the M1000 we should be able to identify some of the components used and get a good feel for the overall build quality of the unit. 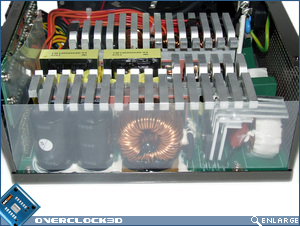 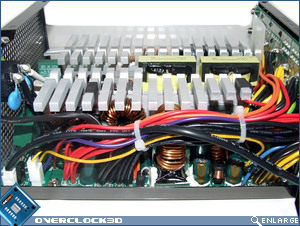 With the M1000 coming in at 180mm long, the unit is considerably shorter that some of its 1kw+ rivals resulting in limited real-estate inside the unit. As we can see from above, Coolermaster has utilised every inch of available space, leaving very little leeway between each of the components. Previous experience has also shown us that this cramped layout can often be cause for concern due to the volume of heat produced by such a high powered PSU.

However, Coolermaster has attempted to avoid any potential cooling problems by installing two heavy-duty aluminium heatsinks that are finned in a way that compliments the direction of airflow through the unit. Of course, only the testing over the next few pages will show if these measures manage to keep temperatures under control. 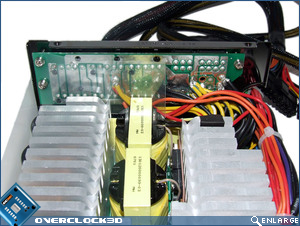 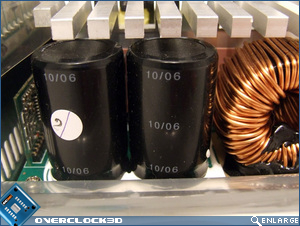 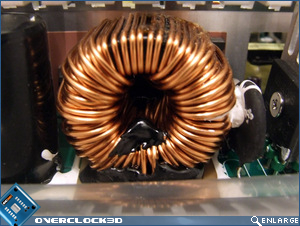 Taking a closer look around the interior we can see that the M1000 has two large transformers in comparison to a single transformer found in most other power supplies. Judging by the specifications we can assume that the +12v1 , +12v2, +12v3 and +5v rails share the first transformer, with the +3.3V, +12V4, +12V5 and +12V6 rails sharing the second. By doing this, Coolermaster have roughly split the 1000w across both of the transformers allowing for better voltage stability across the board.

Due to the limited vertical clearance available inside the M1000, Coolermaster have opted for two low-profile capacitors instead of a single full-height capacitor. Unfortunately the capacitors had no distinguishing marks, so I was unable to verify their place of origin or quality. 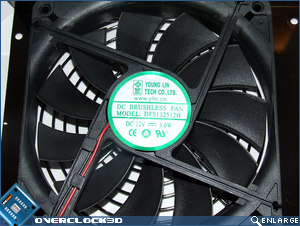 The 135mm fan used inside the unit is manufactured by Young Lin Tech with a model number of DFS132512H, and is part of their high-speed range (denoted by the H). Unfortunately I was unable to find any technical specifications for this fan so we'll just have to see how it performs in the testing stage of the review.

The modular power supply is one of those inventions that has the PC enthusiast communities split down the middle. Some think that the modular design is a great design - keeping the inside of your PC tidy while also maximising airflow. Others believe that it is unreliable and can cause increased resistance where poor connectors are used. Of course not all modular PSU's are made equal, so let's see what the M1000 has in store. 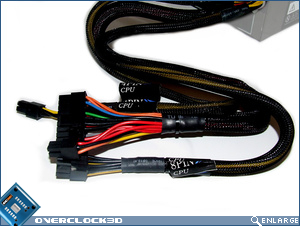 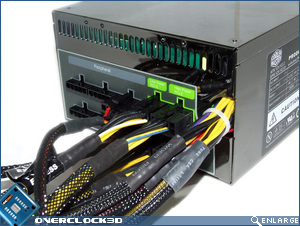 First off the M1000 isn't 100% modular. As we can see from above, Coolermaster have decided to hard-wire the ATX and 4/8-Pin CPU cables into the unit. This is more than likely because these cables will be required in almost every hardware configuration, and components such as the motherboard and CPU require the cleanest possible supply of power.

Coolermaster have gone for their own proprietary 5-Pin flat connector design for use with the Molex and SATA connectors, but have stuck with the tried and tested 6/8-Pin PCI-E style connectors for powering the PCI-E cables. Both of these methods offer extremely sturdy connections that should have minimal impact on performance. 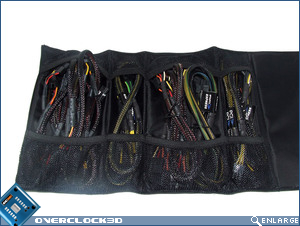 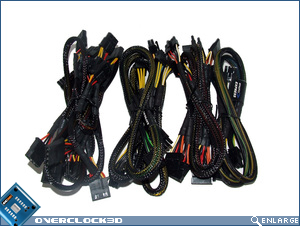 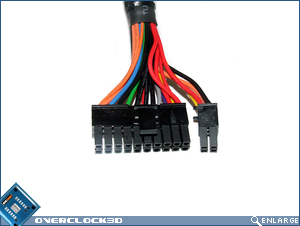 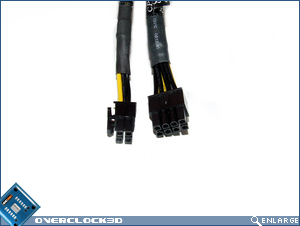 The M1000 comes with a decent bundle of modular cables and a canvas pouch to keep any unused ones in afterwards. All cables are professionally sleeved in mesh up to the last connector with zip ties and heatshrink finishing the ends off.

The ATX connector on the M1000 is native 24-pin. However, as you can see above, a small block of 4 connectors can be broken off to switch the connector to 20-pin, thus make it compatible with older motherboards. As many motherboards still make use of the P4-12v 4-Pin connector, Coolermaster have also chosen to include two separate cables for P4-12v (4-pin) and EPS12v (8-pin) standards.
«Prev 1 2 3 4 5 Next»

Liking the inclusing of temp recording.

Seems a top piece of kit.Quote

WC Annihilus
Personally I would consider no back power switch as a "bad" rather than just "mediocre" cause it's really inconvenient, but meh. Solid review

Nagaru
A great review and a solid looking PSU. Just one question why was "Fairly cool operation for a 1000w unit." Listed under mediocre?Quote

SuB
hmm i'll be in the market for a new psu soon i think... this has certainly caught my eye!

barginbin
Im looking for a 1000w PSU so this maybe one to consider although the TT(im goign to get flammed!!) Toughpower looks good and also comes with a 5 year warrenty.Quote
Reply