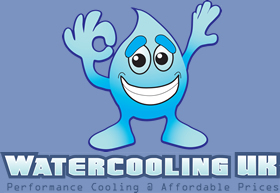 Over the past couple of years the traditional PC case has seen somewhat of a transformation. From its original roots of being nothing more than a beige box designed to hold and cool hardware, the case has slowly evolved into an object of style, beauty and for some even status. Solely responsible for this transition are the early modders that in many ways like early man, had no idea that the small modifications, adjustments and inventions to improve the look and performance of their cases, would have such a profound impact of the future of computing.
Of course, it wasn't long before many of these idea's and modifications would be picked up by manufacturers and put into mass production. Companies such as Cooler Master, Lian Li and Antec were among the first to release chassis aimed at the enthusiast, with features such as 120mm blowholes, windowed side panels and curvaceous styling all as standard. This later evolved into what most enthusiasts class as "gaming" cases which attempted to take styling to the extreme by adding all manner of vents, louvers, handles, window designs and lighting.
But what if you're looking for a case that's customised to your own personal taste, rather than a prop from starwars? Back in 2006 we did exactly that by sending a high-end Silverstone TJ07 chassis over to a company called Extreme Prometeia to be powder coated postbox red. The results were amazing and truly separated our test machine from any off-the-shelf chassis that could be purchased on the market at the time. Unfortunately just over 1 year later EP-UK went into liquidation, leaving a lot of enthusiasts with nowhere to get their custom case fix.
Enter WaterCooling UK. Specialists in everything watercooled for the enthusiasts PC system, WaterCooling UK have recently expanded their list of services to include Laser Cutting, Etching, Airbrushing, Powder coating and Spray Painting. These services have already become a hit with WaterCooling UK customers and a large number of the cases they've modded already can be seen over in the Custom Builds section of their forum.

Today we're going to be putting the most luxurious of these services to the test as we submit one of our own cases for a re-spray.
Read on to find out more...
«Prev 1 2 3 4 Next»

Rastalovich
Excellent review and a great example of what u can do with such cases.

I think the pricing is kinda ok. If ur set on doing this sorta thing, and especially if u primarily pick up a cheap case or use an old one u have laying around, it works out pretty good. And of course it`s quite unique.

Somewhat by mistake Jim, u have shown a pick of an outstanding idea for a case design/pattern.

Zoomed to proper size, it doesn`t look as good, but those clouds on the smaller pic looks amazing.Quote

JN
Quote:
Cheers dude. Yeah tbh for me, I'd easily pay £120 to have my case sprayed. Just covering my back for the "OMG you cud buy a whole new case for that" remarks

If you're gonna go the route of spray painting tho I'd deffo choose WCUK over doing it myself. I tried to spray my stacker and it cost not far off £120 and took me almost a month. At the end of it, it didnt look amazing and I had a very dead arm

Quote:
Haha yeah a couple of times when I looked at the pics in explorer I thought "oooh clouds pretty"

Thanh55
Just about finish paint inside my case, took me ore than 2 weeks with this wheather...my hand and finger really hurt...this service look amazing. Good review Jim. Just wonder when I mod another case?!?

I have 3 local shops that have quoted me under £30 for an entire case...Quote

rrjwilson
I find all the prices a little high wallet wrenching but as far as I can see their workmanship is very good so its the standard you pay for. Powdercoating is actually very cheap so I can only assume that their service does something more or includes free delivery. Anodising would be worth that sort of stack without a doubt.Quote
Reply