ROG Apex - What is it and why are we there?

Little more than a week ago, we got word of a Republic of Gamers event that was due to be hosted at Silverstone, one of the UK's most famous racing tracks. This event is ROG Apex (#ROGApex), an experiential event where ASUS invited members of the media, influencers, and their retail partners for a day of virtual and physical racing and a look at some of their upcoming products. Special thanks to ASUS for inviting us out for the day, we thoroughly enjoyed ourselves.

This is the first physical event that OC3D has attended since the pandemic, giving us a good chance to reacquaint ourselves with some industry contacts, and grab a look at some #ROGOLEDMonitor goodness.

If you haven't guessed already, the highlight of ASUS' ROG Apex event is the company's latest OLED gaming monitors, which are due to launch soon with 42-inch and 48-inch screen sizes. We will be detailing these screens and other products later in this article, but without further adieu, let's chat some more about #ROGApex. 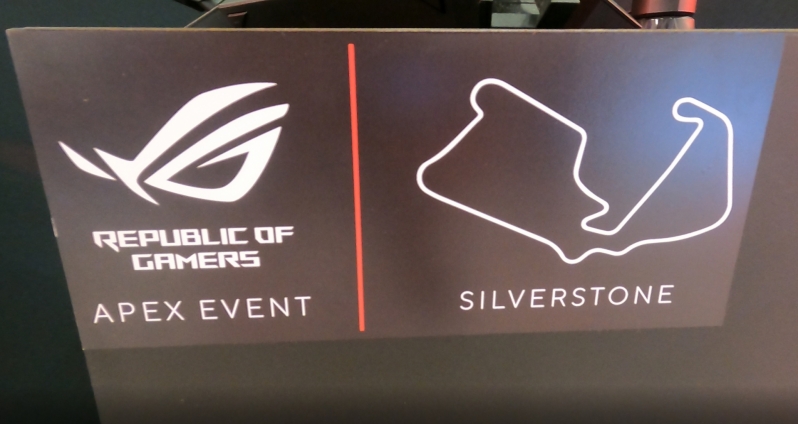 An Early Start and a Long Day

TTL has Vlogged his time at the #ROGApex event over on the OC3D YouTube channel. While his video covers the basics of the event, more detailed are available in this article for those who want a closer look at ASUS' latest products.

At Silverstone, ASUS had several areas where the company showcased new products. These products included monitors, themed gaming rigs, routers, audio headsets, mice, and keyboards. In this overview of #ROGApex, we will be mostly looking at ASUS' ROG OLED gaming monitors and their new dual-10Gb router, both of which we hope to look at in more detail in the future.

Here we got to have a look at some gaming PCs, play both PC and console games on ASUS' new gaming OLED monitors, and salivate around the company's new dual-10GbE WiFi 6E routers (yes, we are a little obsessed with networking here). 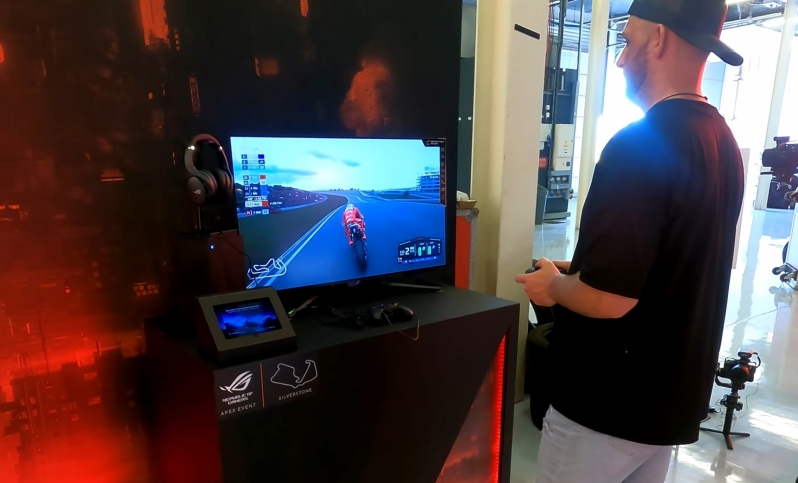 One of the primary reasons that we were invited to ASUS' ROG Apex event was to attend a press briefing. Here, ASUS discussed some of their newest products, focusing on their new #ROGOLEDMonitor products. These monitors are the ROG Swift OLED PG48UQ & ROG Swift OLED PG42UQ.

Sadly, we cannot discuss these screens in much detail here, aside from discussing the specifications of these new OLED monitors and give some first impressions. Expect review content at a later date, after we have had more time to look at these monitors in depth. 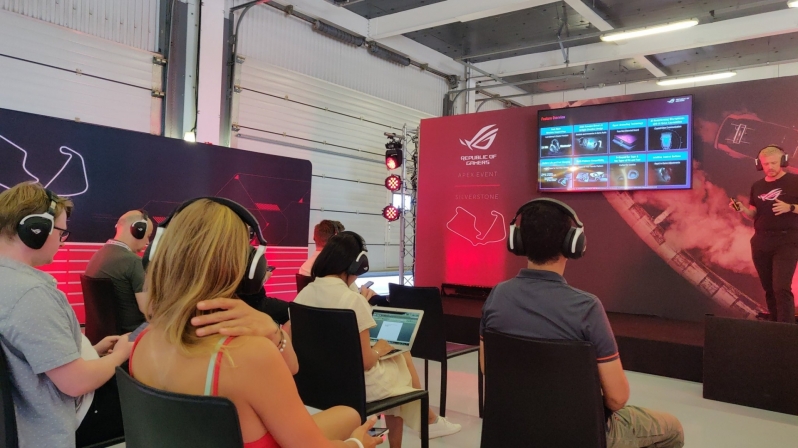 With three of ASUS' ROG Swift OLED PG48UQ monitors on each of these simulator setups, these racing sim setups are also designed to showcase the high-end potential of ASUS' latest ROG gaming screens. Let's be clear here, this is an insane racing setup, and ASUS' latest OLED monitors are sweet sweet icing on Vesaro's already delectable sim racing cake. 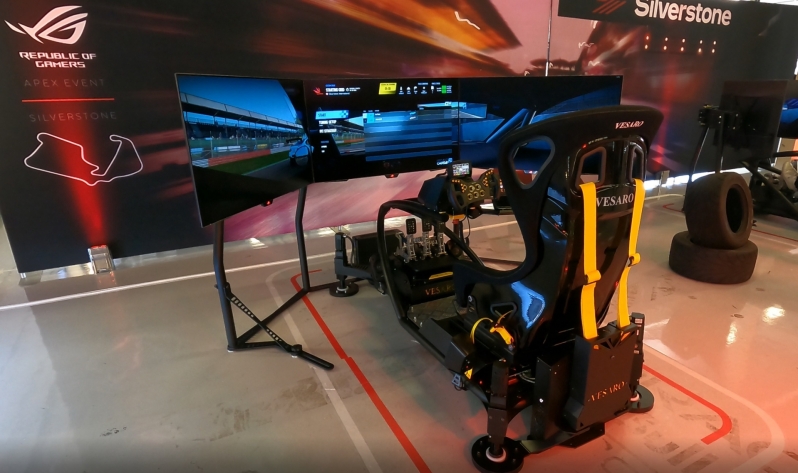