Packaging
An area I often moan about on memory kits is the over-use of the plastic blister style packaging. Sure it allows the modules contained within to be seen in their full glory when placed on retailers shelves, but it offers very little in the way of protection during shipping and takes away some of the excitement when unpacking your latest purchase.
As we can see from the images below, OCZ have chosen this packaging method for their ReaperX kit. However, with the kit coming in at an extremely competitive price point, I think we can let OCZ off the hook this time round ;) 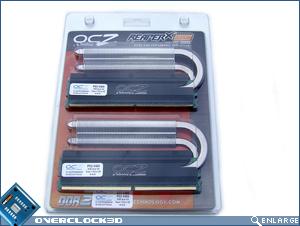 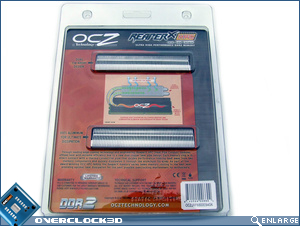 The front of the packaging is fairly standard, with OCZ using a cardboard insert printed with an orange and grey background to help highlight the modules. While no information on the modules is printed on the insert, OCZ have taken the liberty of placing a specification sticker towards the bottom of the packaging that will help users identify what modules are contained within.
Due to the shape of the heatspreaders on the ReaperX kit, OCZ have had to modify the back of the packaging slightly to accommodate the heatpipe fins. While this may have been a necessity to get the kit fitting snugly inside the packaging, OCZ have used it to their full potential by printing a technical diagram and brief description on how the heatpipe system works at the back of the insert card.
Appearance
Back when we reviewed the original OCZ Reaper PC2-8500 kit, it's unique looks were met with mixed responses. While the kit certainly performed admirably and the heatspreaders managed to keep the memory cool even at high voltages, the copper full-loop heatpipe system certainly wasn't as pretty as OCZ's FlexXLC kits. With this in mind, let's take a look at what the ReaperX kit has to offer... 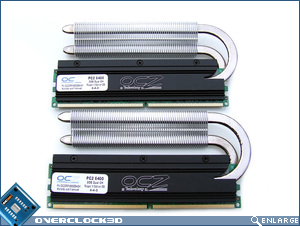 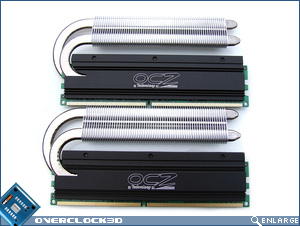 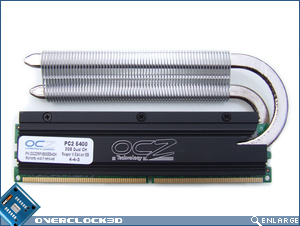 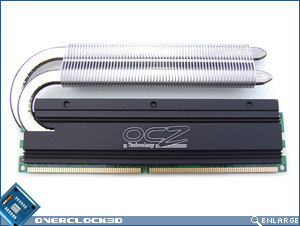 The appearance of the ReaperX kit can only be described as: WOW! While the heatspreaders do certainly borrow some elements from Thermalright's HR07, the ReaperX kit looks far more sleek and the inter-woven fins attached to each of the heatpipes keeps the modules far more compact. OCZ have also improved the appearance of the copper heatpipes by nickel plating them to match with the rest of the black/silver colour scheme. 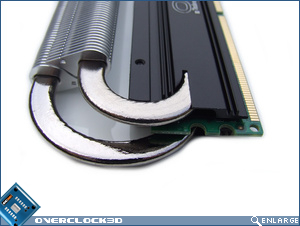 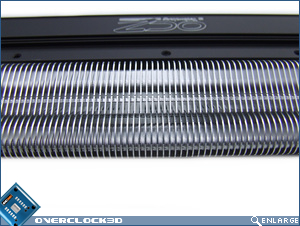 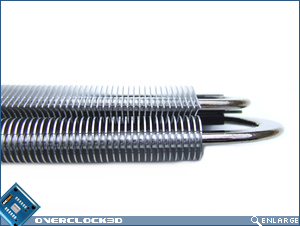 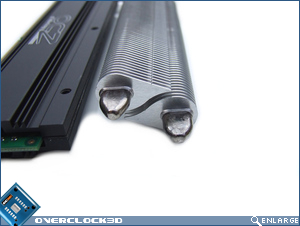 Unlike OCZ's original Reaper kit, the ReaperX cooling system consists of two totally independent heatpipes that pass along the entire length of the heatspreader. Each filled with a small quantity of liquid that evaporates when heated, taking the heat away from the surface of the memory. The liquid vapour then passes to the top of the heatpipe where it is cooled by the large array of aluminium fins. Once the vapor has cooled, it returns to a liquid, falls back down to the heat source and can begin the whole process again. 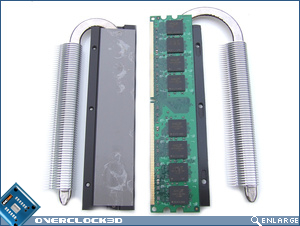 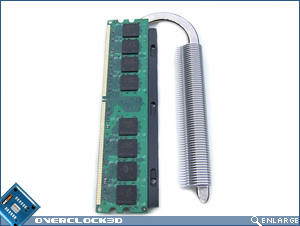 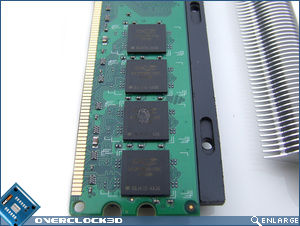 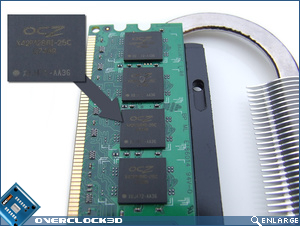 Due to the above average weight of the heatspreaders, OCZ have decided to hold them in place with three screws at the top of the modules in addition to the usual sticky thermal pads. This certainly made identifying the IC's used on the PCB extremely difficult, with the sticky pads only separating from the modules once they'd been heated.
Unfortunately, even with the heatspreaders removed, the ReaperX kit gave away no clues as to what IC's had been used. As we can see from above, the IC's have been printed with the OCZ logo and the following series of numbers: X42P3288I-25C / 0748R. Maybe OCZ can shed some light on what's behind the ReaperX series!
«Prev 1 2 3 4 5 6 7 8 Next»

They just look so damn good and preform just as well.. 1100mhz!!

Is it just me or does the percentage at the end not show up??

FarFarAway
I bought these, boshed em in...no tweaking at all and straight to 990MHz. Not had time to fiddle but as you can see there's plenty of headroom

Bungral
Quote:
Was gonna ask if these were the ones you got or if you had the higher ones.. 8800 or whatever it is.Quote

JN
Quote:
Cheers. Twas a bit of a long day and I had all kinds of numbers flying thru my head :sQuote

Luigi
quality review, wish i hadnt got my ballistix now, couldve got got 8gb of this and overclocks to similar frequency's...Quote
Reply