The clear plastic blister pack style packaging seems to be a favourite with memory manufacturers. For this reason I certainly wasn't surprised to see OCZ Reaper modules using the same packaging as previously seen on their Titanium kit that we reviewed a short while ago. It would have been nice to see the Reaper kit in some kind of special edition box considering they are not your average modules, but this would have obviously added unnecessary extra cost to their overal price. 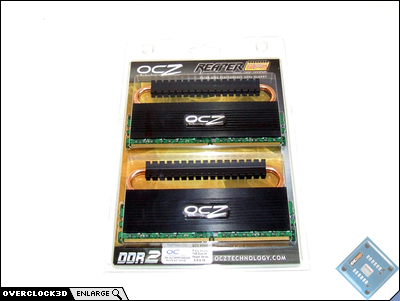 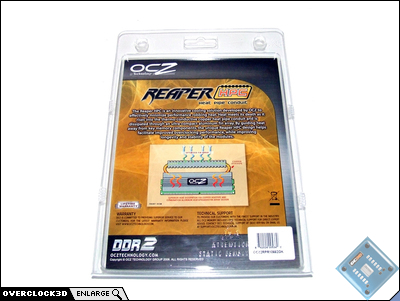 Contained within the blister pack is a card insert printed with firey yellow background. While the front of the insert is purely for cosmetic reasons, the back offers basic information on the Reaper modules and a diagram of how the HPC (Heat Pipe Conduit) technology works.

When we first received news of the OCZ Reaper modules back in February, their unique design was met with a mixed response. Some praised them for their unique heatpipe design, while others questioned it's effectiveness compared to the finned heatsink design found on OCZ's highly awarded FlexXLC modules. The closest product that they could be compared to at the time was Thermalright's HR-07 aftermarket heatspreader. These featured a half-loop heatpipe, requiring them to be installed a certain way up in order for them to work correctly. Thankfully this isn't a problem for the Reaper modules, as their full-loop heatpipe design allows them to be installed at almost any angle. 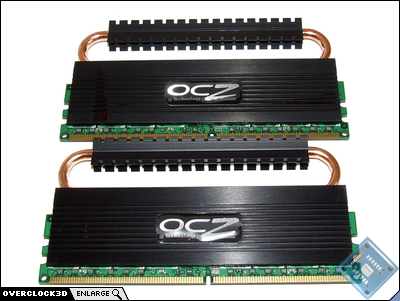 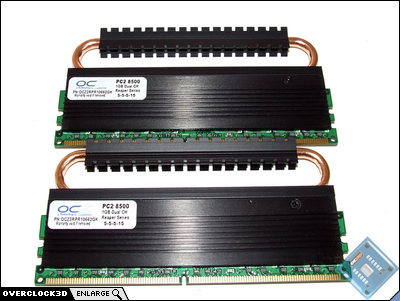 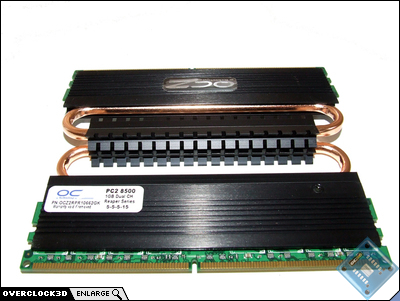 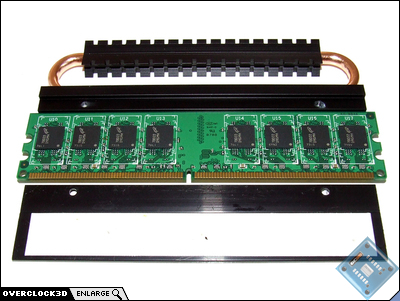 When I first saw an image of these modules in OCZ's press release I must admit thinking they looked slightly 'tacky'. This would have been very uncharacteristic of OCZ who's name is often synonymous with high quality, and trusted by millions of PC enthusiasts around the world. Thankfully the press release images didn't do the modules justice....

The OCZ Reaper HPC kit features grooved aluminium heatspreaders which are firmly affixed to the modules with adhesive tape and two screws. Both the heatpipe fin array and the heatpipes themselves are extremely sturdy and do not shift position if you attempt to shake them.
«Prev 1 2 3 4 5 Next»