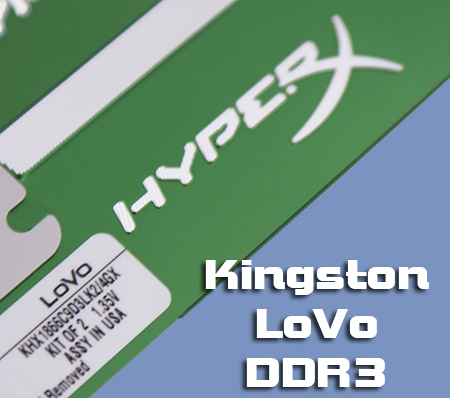 Everest gives a clear demonstration how certain aspects are better than others when it comes to memory. Clearly the extra speed of the LoVo at 1866MHz wins the day, but between the G.Skill ECO with CAS7 and the LoVo with CAS9, both at 1600MHz, the tests vary, although still near to each other. The higher read and write speeds of the G.Skill is confusingly beaten by the copy speed of the LoVo.

Sandras bandwidth testing relies far more on pure speed, and the graph clearly shows the pecking order we'll see throughout most of the rest of our testing. At its rated speed the LoVo clearly wins, and at the lower voltage 1600MHz setting it's still got enough to just edge the G.Skill.

Similar to the Sandra results, but much less dramatic, POV-Ray gains a few rendering PPS as the speed grows, and even at the same clock speed the Kingston bests the G.Skill.

Without wanting to end up typing the same thing all the time, for the CineBench results, see the POV-Ray ones.

Whilst insanely consistent results are perfect in a review, they don't make it easy to say anything different. The LoVo takes first and second, with the G.Skill just a hair behind the Kingston when at the same speed.

AMDFTW
ime not a Eco componant Fan,give me a 1500wPSU and 3 480s and a evga sr2 a couple of xenons and see my electric billQuote

All hail the number seaker. Its not all about epeen fella.......Quote