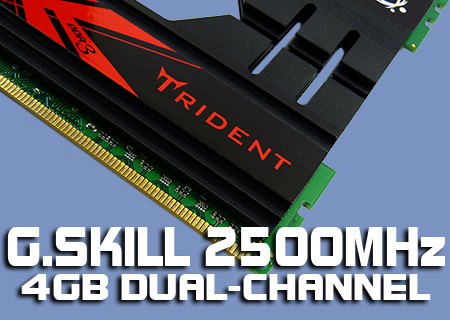 The Trident comes in the standard G.Skill box they use for their RAM which also comes equipped with the blue-LED cooler. It's beyond sturdy and even the postman couldn't make a dent in it.

Opening it up we find a equally serious bit of thick cardboard containing the cooler and the memory itself. You can just see the top of one of the RAM sticks at the bottom, they flank the cooler. 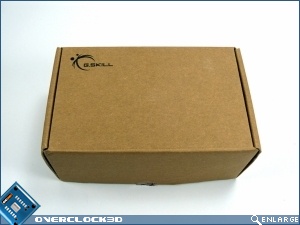 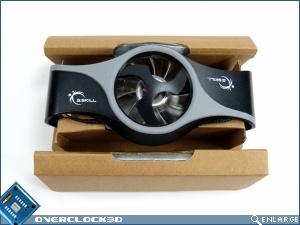 The cooler is the same one we've seen from G.Skill before. If it's not broke then don't fix it is our motto so as it worked so well before it's nice to see them keep the formula. Compared to many RAM coolers this requires no assembly and just stretches over your RAM slots allowing for simple installation. 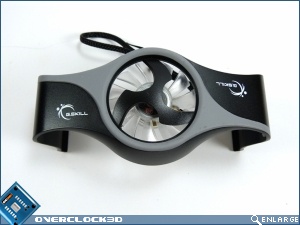 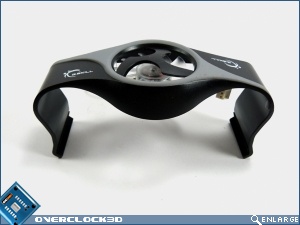 Now to the DIMMs themselves. They are very similar to the earlier Trident branded RAM from G.Skill but the heat-sink is a little thicker and generally more substantial as it would have to be with the memory running at 2500MHz. 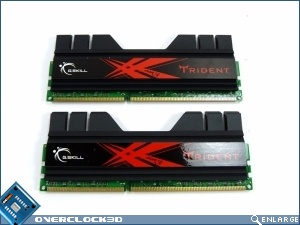 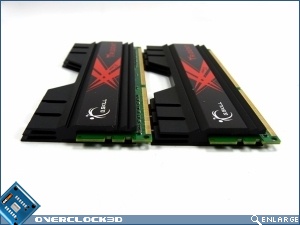 It is quite something to look at the sticker on the back of the G.Skill and see such gaudy numbers. 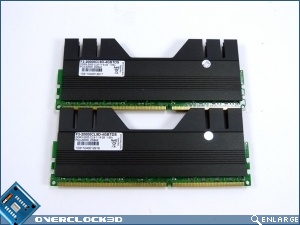 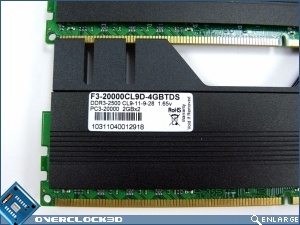 Everyone has different opinions on aesthetics and whilst we appreciate that black and red is so popular it's almost becoming passé, there is no denying that the Trident is a stunning looking kit. The extra heft in the heat-sink really gives them a purposeful edge. 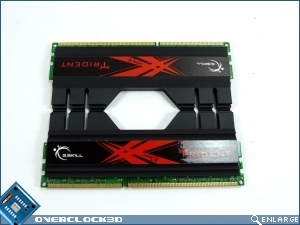 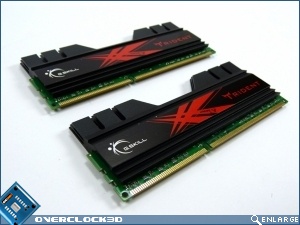