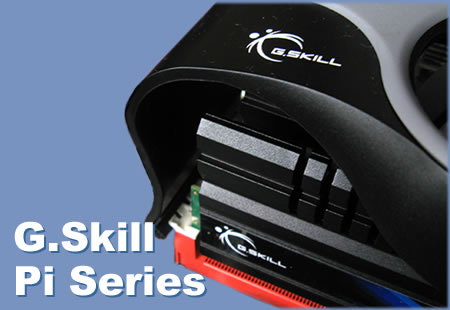 High performance memory has come a long way from its early incarnations. In the DDR2 days 800MHz was the norm with 1066 for the wealthy or performance hungry. With the move to DDR3 for a long time prices were such that performance was almost a secondary consideration compared to how much you could get for your money. However, times have moved on and as DDR3 became more affordable manufacturers started to produce high-performance kits.

These were still in the enthusiast bracket mainly due to the early X58 speed limitations requiring some fine tuning and tweaking to obtain the speed advertised. The introduction of the P55 chipset and LGA1156 socket have greatly altered the landscape.

Firstly with the move back to dual-channel that's one less DIMM straight away and so prices naturally reflect this. Secondly with only two sticks the margin for error thanks to a slightly less clockable chip is greatly reduced allowing manufacturers to reach higher yields, and finally the natural evolution of the on-chip memory controller has led to speeds going through the roof.

Still however for a lot of people their primary consideration is how much RAM they get for their money, as opposed to how fast that RAM goes. 4GB of medium speed memory will always sell over 2GB of extreme performance memory.

Enter G.Skill. Formed in 1989 they are celebrating their 21st anniversary as a company and their 7th year as producers of quality memory products. One of the highlights of their product line is that they produce exceptional quality and performance, but at a far more affordable price point than a lot of their competitors. This brings insane memory speeds within the pocket of the amateur enthusiast , and with G.Skills lifetime warranty and exceptional technical support they are a popular choice.

Today we are looking at their latest premium product, the Pi Series. As a dual-channel kit it is mainly aimed at the LGA1156 userbase, with this particular model proudly stating that it is especially tuned for the i7 860 and 870 processors.

The first thing that makes you sit up and take notice is the 2200MHz speed. For a long time now 2000MHz has been the zenith of extreme RAM performance, but the G.Skill Pi happily blasts past that.

Time to take a closer look.

pazman4
Great review thanks. The reduced prices are realy tempting me to DDR3 now.Quote

VonBlade
No, but the summation was sufficiently obvious that there isn't anything mediocre or bad. So I'm not going to add a section needlessly.

Lallespasser
Quote:
That was my guess too. Still such a section with just a blank bad and mediocre part just looks all the more awesome