Packaging
One thing I've always commented on in previous memory reviews from most other manufacturers is the over-use of the clear plastic blister style packaging. Not only does this method of packaging provide very little protection for the modules during shipping, but it also raises concerns regarding ESD damage. As we've seen in previous reviews, Crucial have always put protection before appearance - and it doesn't look like anything has changed with their DDR3 kits either... 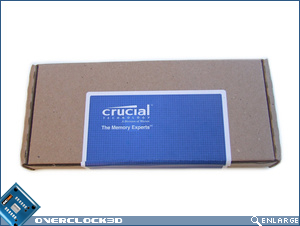 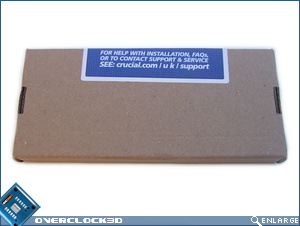 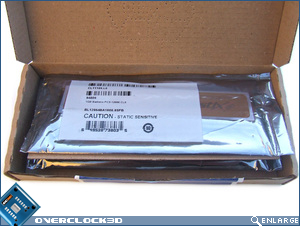 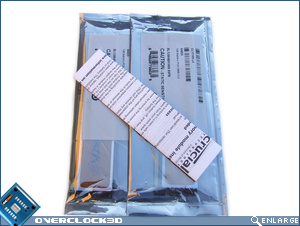 Consisting of a single walled plain cardboard box sealed with a large Crucial sticker, the outer packaging of the Ballistix kit gives no indication as to what modules are contained within. However, on opening the box we can see that Crucial have individually sealed the modules in their own anti-static bags - each complete with their own barcode labels.  This could possibly signify that the boxing of the modules is performed at the final stage of the picking process when you order a kit directly from Crucial's website.
Appearance
The Ballistix DDR2 kits have always been instantly recognisable by their trademark Gold painted Aluminium heatspreaders and Black PCB's (with the exception of the "Ballistix Tracer" series). However, many manufacturers have changed the look of their DDR3 modules to help distinguish them from their elder DDR2 counterparts. Have Crucial followed suit? Let's find out... 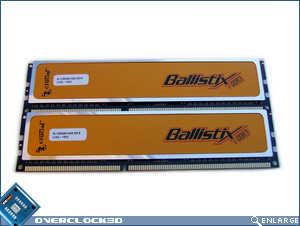 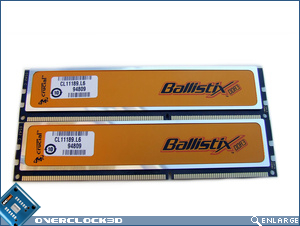 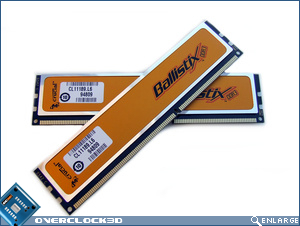 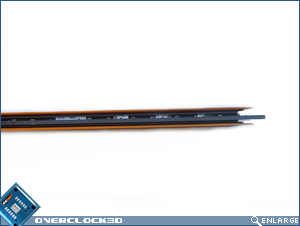 At a glance, the Ballistix PC3-12800 DDR3 kit looks almost identical to its DDR2 predecessors. However, on closer inspection we can see that Crucial have removed the clips at the top of the heatspreaders, thus relying entirely on sticky pads to keep everything in place. Other small changes include the addition of "DDR3" text below the Ballistix logo, and a slight change to the Crucial logo at the left of the modules. Overall, not much of a noteworthy change in all honesty. 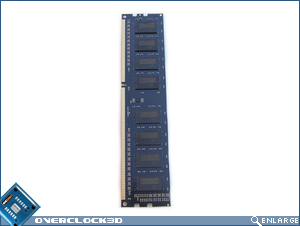 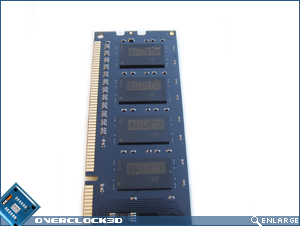 Removal of the heatspreaders certainly isn't for the faint of heart, and actually required the use of a blowtorch to heat the adhesive thermal pads up to a point where they could be removed without pulling the memory IC's off with them. Interestingly, Crucial have decided to print over the Micron logo and IC serial numbers with a large Ballistix logo. This prevented us from obtaining a definite identificaiton of the IC's modules, but an educated guess would be that Crucial have used the highly overclockable D9GTR IC's.
«Prev 1 2 3 4 5 6 7 8 Next»

its worth noting that crucial's DDR2 kits now come with the same style heatspreader, no clips and only stuck on (requiring blow torch to remove)