Celebrating it's 10 year anniversary, Crucial is a company that even the 'newbie' PC enthusiasts among us will have heard of. With roots steming from Micron Technology - an OEM memory manufacturer with almost 30 years under its belt, there is no question that Crucial modules are designed by some of the most experienced engineers in the industry.

Crucial have been kind enough to send us a 1gb DDR2 kit from their high-performance, overclocker orientated Ballistix range. Here's what they've got to say about them:

"It doesn't matter how fast a memory module is if it isn't stable and doesn't fit your system. Software crashes, choppy game play, and driver and operating system hiccups — all can be caused by bad memory modules. Performance and stability are Crucial! Don't settle for anything less than Ballistix!

Most memory modules that I've reviewed in the past have been packaged in a clear plastic blister pack. This seems to work well for showing off funky heatspreader designs, but doesn't always provide optimal protection for the memory against damage. 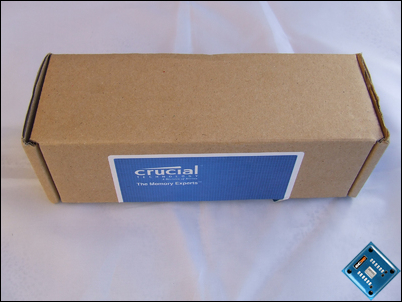 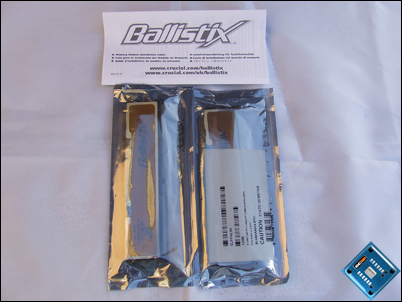 Crucial have decided to package their Ballistix modules in a double walled cardboard box sealed with a Crucial sticker. This may look very plain, but certainly serves its purpose in protecting the modules contained within. To prevent any damage from static electricity occurring to the memory, each module is individually packaged in a sealed anti-static bag.

FragTek
You rock sox Jim, awesome review mate... I must say that's some great RAM as well, good to see Crucial utilizing the D9 IC's for their Ballistix lineup. Very odd about the mismatched IC's though, that's a little scary to me

Don't know what happened there.

And I for one like the new heatspreaders, I think they look sweet!Quote

JN
Quote:
Yeah that was really wierd about the IC's, and i must admit thinking that they wouldnt show much OC potential as a result - but quite the oposite

glocktodahead
Nice review there mate, I personally think the heatspreaders look awesome. I'll have to keep this RAM in mind when I upgrade my rig