Packaging & Appearance
Designed to attract attention when placed on the shelves of the traditional computer retail outlet, the Corsair XMS3 DHX kit is packaged inside a vacuum-moulded, clear blister pack that gives you a full frontal of the modules and their comb-like heatspreaders.
Those of us who have read some of Overclock3D's previous memory reviews will know that this budget-style packaging doesn't really go down very well with us as it provides little protection for the modules when shipped out via an e-tailer. However, that said - so long as the modules are placed in a rigid box and not a jiffy bag when shipped, they should arrive in pristine condition. 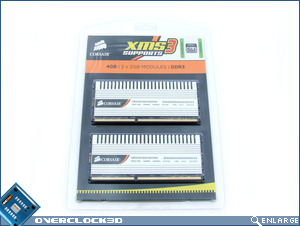 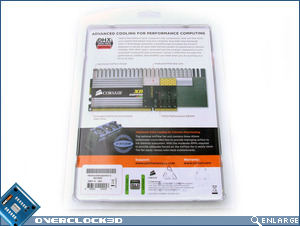 A black and orange printed cardboard insert has been placed behind the modules to further enhance their look when on a retailer's shelves. Interestingly, the insert contains no information about the modules other than their size. Those of us wanting to  find out other details such as the speed, timings and voltage will need to refer to the specifications sticker attached to the front of the modules. While this is hardly ideal, we can only assume that this has been done to allow Corsair to use the same inserts across the entire XMS3 DHX 4GB range. 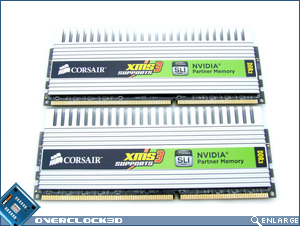 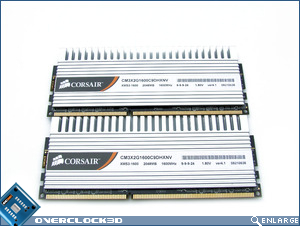 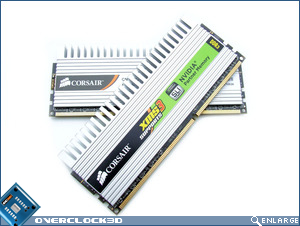 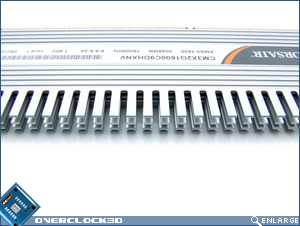 Two large ridged aluminium heatspreaders adorned with four rows of heat dispersing fins are attached to the IC's and PCB on each side of the memory module make up the DHX cooling system. Unlike memory modules from some other manufacturers, the XMS3 DHX kit is no wider than your average memory kit and thus shouldn't have any compatibility issues on motherboards where the DIMMs are close together.
The black and green "NVIDIA" colouring of the specification stickers gives them an eye catching and extreme look that will undoubtedly be right at home on any NVIDIA-based system. 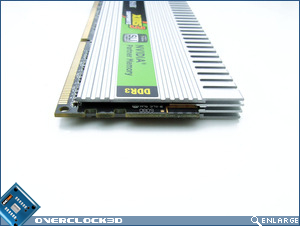 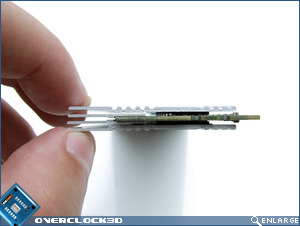 Corsair appear to have used some super-strong adhesive for affixing the heatspreaders to the IC's. No matter what we tried - whether it be crowbar, blow torch or pliers - our attempts to seperate the two were fruitless. This obviously prevented us from obtaining a positive identification on the manufacturer of the IC's, giving us little idea as to how the modules are likely to perform during the review.
«Prev 1 2 3 4 5 6 7 Next»

Bungral
That stuff is truly awesome.. 4GB just overclocking 400Mhz with no voltage increase or timing loosening. 4GB DDR3 that reaches 2000MHz that is by the way!!

I don't think that is too expensive as it is really. It's dear but it's also possibly one of the very best!Quote

w3bbo
Nice review m8. Great clocking ram which is not the norm with Corsair - maybe the tide has changed!Quote
Reply