So you have your shiny new setup and load Windows up for the first time. You check system properties and this is where you come across something that raises more questions than it answers. Windows detects 3GB but you have 6GB installed - no fair! You blame everything, the memory, the motherboard, the BIOS, even Bill Gates but the reality is that nothing is wrong. Nothing except for the limitation of the operating system itself.

Since the advent of the home operating system, memory has seen a dramatic increase in capacity. From the humble 1KB systems of the 1980's to the behemoth multi gigabyte machines we have today. Windows has grown with this increase in memory size and recently, memory has had to play catchup to Windows.. 128MB was the standard for Windows 98, this quadrupled to 512MB for XP and as XP grew older, more and more memory was added to the operating system until we stretched the 32bit limitation with capacities of 4GB or more. For any more memory to be utilised we had to purchase the 64bit version of that operating system which, sadly was not very well supported and those who did upgrade found a plethora of driver issues and incompatibilities that rendered the upgrade a waste of time and effort for many.

Bring on Windows Vista. With Microsoft's latest and greatest OS, both 32bit and 64bit platforms are catered for and both are extremely well supported with very little difference between them, on the exterior anyway. 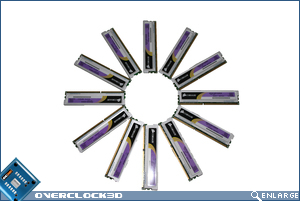 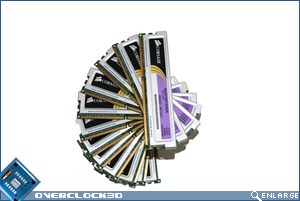 Here's where things get a little complex. A 32bit operating system can address 4GB of memory. However, you will also need a graphics card for your setup and everything else that has on-board memory such as a CPU, Hard drives, sound cards etc. You will therefore need to take that from the total amount for Windows to utilise it. MMIO (Memory mapped I/O) is the process by which Windows separates the memory available, memory provided by each device and the process used to communicate between all the different devices. In short if you intend on installing 4GB+ of memory into a 32bit operating system don't because Windows will only 'see' approximately 3GB of it . the 4096MB address space is for the TOTAL system memory not just the memory modules you stick in memory slots.

As luck would have it, the new Intel chipset allows for 3GB of memory to be used in triple channel (3x1GB) which would seem plenty and is still within the boundaries of a 32bit operating system. If you want more than 3GB then you will need an operating system that isn't limited by 32bit technology.

A 64bit operating system totally eradicates this issue as it can address a whopping 8TB of memory, thats right, 8096GB more than any motherboard around at this moment in time can support. Compare this to the 4GB limit of a 32bit operating system and it becomes clear that 64bit is the future. But do you really need this amount today, do you indeed need more than 3GB, would you use that extra capacity?