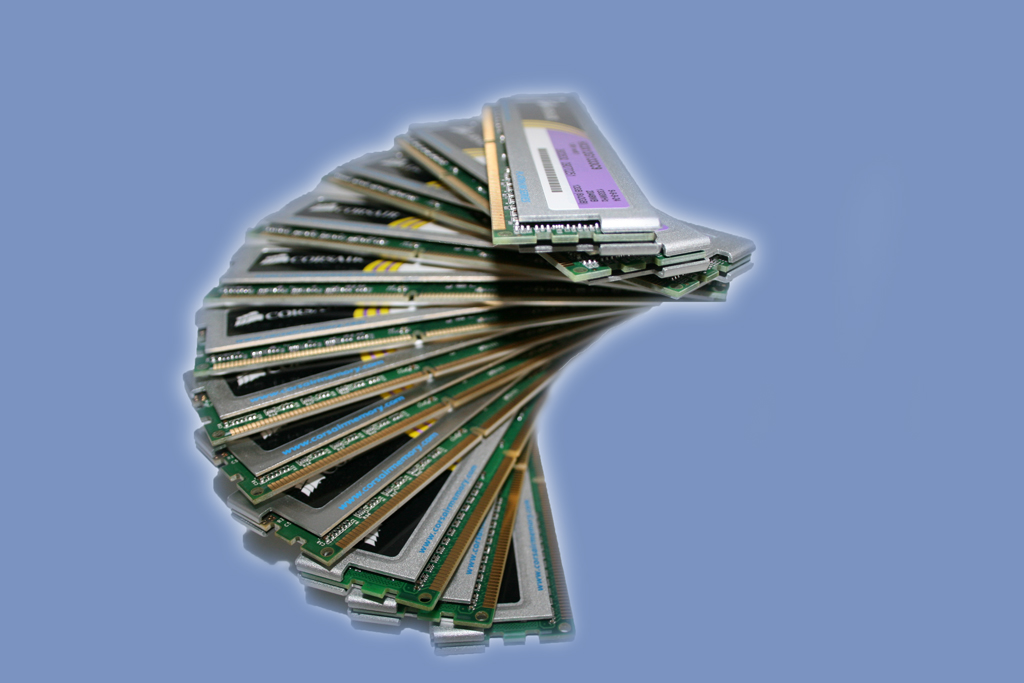 Anyone who has read my reviews previously will know I'm a sucker for new technology, so when Corsair asked if I'd like to review 3 of their XMS kits I jumped at the chance. While the kits are not at the cutting edge of performance (see the Dominator kit for ultimate performance), they are all designed for i7 to run at the same timings and bandwidth so it was the perfect opportunity to answer a question I had posed myself since the advent of 64bit operating system. Does more ram give an increase in performance?

The short answer is yes. But that's an answer that could be misleading as the performance benefits we have shown are so small, so insignificant that it begs the question: Is it really worth it? Again it's down to circumstance. The benchmarks we ran today were of the game and the game alone. MSN, outlook, utilities and all those other little programs that swallow a chunk of memory were not installed on our test rig. The games used were also timedemos, which while giving the most accurate results for comparison purposes (we wouldn't have it any other way), might not be most exemplorary way to test out a 12GB kit. As stated previously, 12GB just felt more fluid overall and after a weekends worth of gaming with the 12GB kit on my own PC which has multiple  programs running in the background, I can certainly tell the difference. Games and programs opened and closed like the first day of install, something that is a rarity on my own pc due to everything I have running in the background.

I personally find 3GB to be too little. While it coped with all the benchmarks fine and ran Vista without issue, it did seem a little sluggish at times and I certainly noticed a lot more egg-timers (read 'circles') when running the 3GB kit. This was most evident in the run of Photoshop which brought the system to it's knees. On the opposite side of the scale, 12GB was a dream to use. Vista appeared to load quicker, although this was later proven to be a placebo effect after I timed it. Vista was however, much more flexible to use. Think back to when you first do a fresh install of XP and realise how snappy it is compared to your old install. Jumping from 3GB to 12GB gives the same feeling, as Vista simply felt 'snappier' the more memory I used. Switching from one kit to the other just emphasised the fact, opening documents, loading programs, playing media, editing pictures just felt slick and going back to 3GB gave the impression Vista was struggling, although before using both the 6GB and then 12GB I didn't notice how sluggish it really was.

The benchmarks I ran today certainly do not scream 'buy 12GB now' and for the most part I would agree. 12GB is a ridiculous amount of DDR3 to install in an everyday system, it gives no noticeable performance gains for gaming (unless you are a system hog), little performance difference in what I assumed would be it's biggest selling point, video encoding and limited our overclocks by at least 200MHz. Photoshop showed the biggest gains overall but unless you are dealing with some very big images and applying lots of filters then 6GB would cope easily. It also had an effect in general Vista use but not enough to make me rush out and buy upgrade. Perhaps if one were to change their gaming habits and worry less about the number of open applications then the benefits of gaming with 12GB would be much more apparent.

3GB performed surprisingly well. Although we have shown it to come bottom of the pile in the benchmarks we have run, you certainly would not notice it, at least until you started to edit large files in photoshop, or have the luxury of trying out a higher capacity system. Maybe that's a little harsh but after doubling and then tripling the capacity, the 3GB kit just felt inferior.

So the 6GB kit gives the perfect happy medium. The gains 12GB had over the 6GB kit were minimal overall and this time there was minimal difference in Vista's performance as opposed to the 3GB kit. The 6GB kit did not appear to put anywhere near as much stress on the CPU, given that we achieved 200 MHz more. Once the 6GB threshold is exceeded, performance differences seemed to diminish. There were simply not enough differences between the 2 kits to warrant the extra cash injection needed. Sure, a full rack of memory looks the part and certainly grants those extra E-Peen points people yearn for but the sensible money goes on the 6GB kit, at least until Microsoft decide to munch through more of our memory with a new Operating system.

The 3GB, 6GB and 12GB kits I reviewed today are all available from Ebuyer.

A huge thanks goes to Corsair for providing the three XMS kits for todays article. Please discuss in our forums.