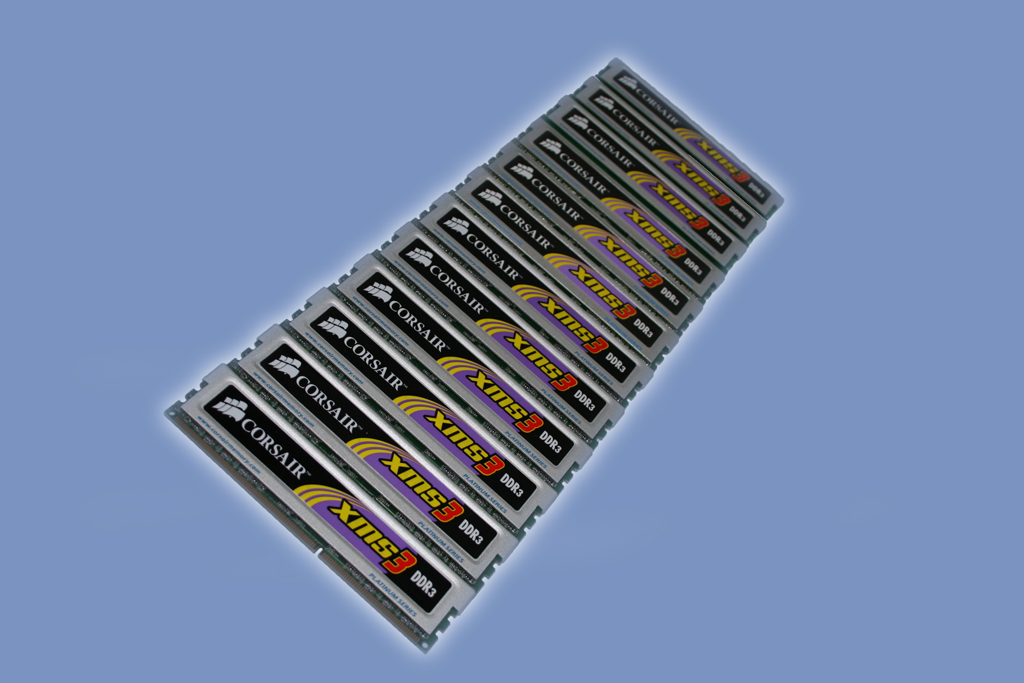 With the advent of a triple channel memory controller on Intel's latest CPU, enthusiasts have been forced to ask a new question: Which memory configuration is best? A simple question that usually provokes more questions and debate than perhaps any other component in a PC system.

Just a couple of years ago it was a simple choice. Get the fastest 2GB kit you can afford. With Windows Vista consuming (or should I say utilising) more memory than XP and 64bit becoming the operating system of choice, 4GB kits were rapidly becoming the norm. DDR2 prices though were and still are, very cheap so a £50 investment was not going to bankrupt anybody anytime soon. This changed however with DDR3 and for the most part, the reasoning behind most people opting to stick with DDR2. The price of DDR3 has lowered slightly but it is still significantly higher than DDR2 and if you want the latest CPU from Intel and want to get the most out of it, a triple DDR3 kit must be on your shopping list. Luckily for us, the prices have dropped enough now that kits can be bought for little more than DDR2 so the damage is not too great.

But what size kit should you buy? 3 GB would be enough for most people surely? What of the rumours that 6GB is now the standard and gives the best performance? Should I go for broke and get 12GB, after all bigger is always better right? Thanks to Corsair, who have kindly provided OC3D with 3 different kits, these are the questions I hope to answer in todays article.

All the kits we intend to use for todays review have the same timings, same frequency and being from Corsair, one of the worlds for most memory module manufacturers, compatability will hopefully not be an issue. The results will hopefully also give a true account of how memory capacity affects system performance. I will be interesed in how memory capacity limits the CPU overclock because with Intels 4 series chipsets anthing over 4GB proved difficult to get stable at high overclocks. With the memory controller now on-board the CPU rather than being controlled separately from the Northbridge, I suspect that the extra heat generated will increase with memory size as more stress is placed on the memory controller and with heat usually goes hand in hand with a decrease in potential overclocks. How much so we will find out later in the review.

The specifications for the three kits up for review today were taken directly from Corsair's website.


As you can see, there's not a great deal between them bar the price and the capacity. Let's hope there's more to distinguish the kits in our run of benchmarks but before we test the kit, let's delve a little deeper in the requirements of triple channel DDR3...