The T.16000M FCS is plug and play compatible. As you can see there are plenty of buttons, axes, dials sliders and the like for your customisation needs. Should you wish to delve a little deeper under the hood then the Thrustmaster Target software allows you for near infinite customisation. It might be getting a little long in the tooth, particularly when compared to modern mouse software, but its capabilities cannot be denied and there is a wealth of profiles already online for all your favourite titles.

Probably the most useful feature for those of us who just like to be up and running as fast as possible is that the TARGET software can combine the throttle and stick into a single device for the older titles, and you can configure your controls within the software and then it will generate a printable map of your config. With so many buttons and hat switches to learn it is a vital aid until your brain learns where everything is. It's a massive step above the pen and paper method whilst also making it easier to share your perfectly configured controls without having to generate a picture to go along with them. Equally you can download someone elses configuration and quickly print a reference. Great if you want a starting point without having to keep pausing the game to refer to the controls.

Let's quickly take a look at a few titles before we wrap this up. Onwards. 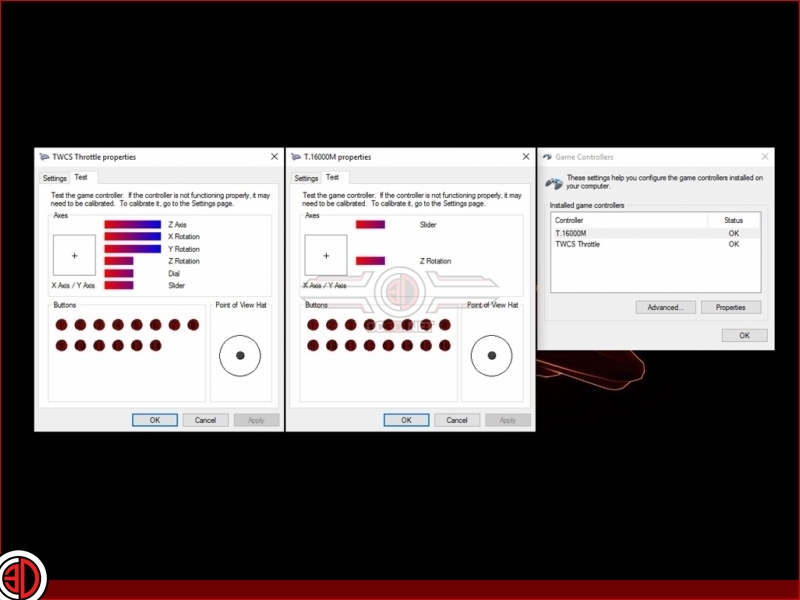 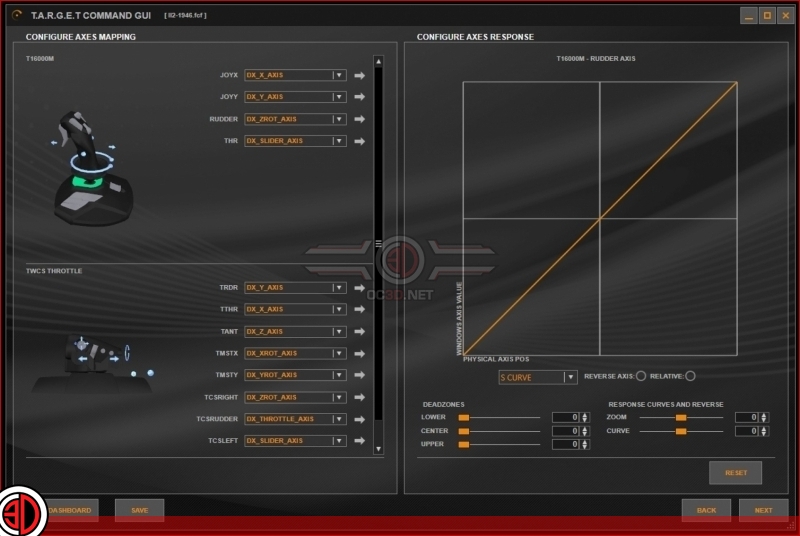 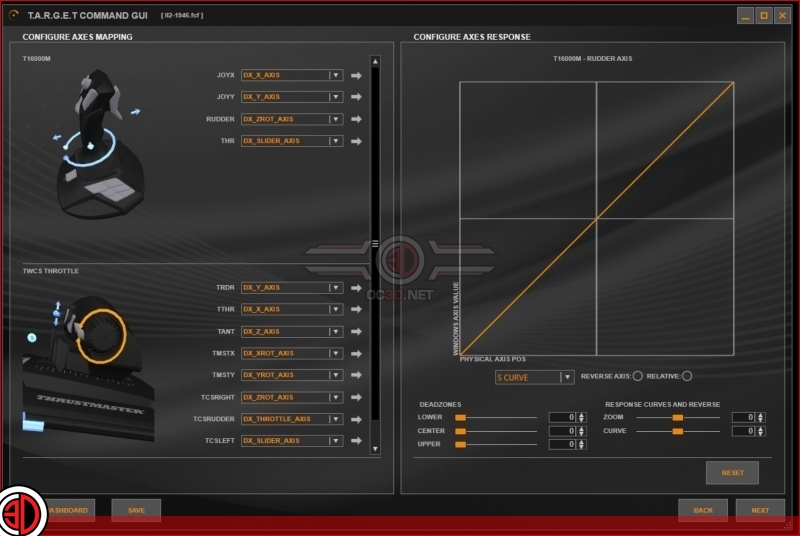 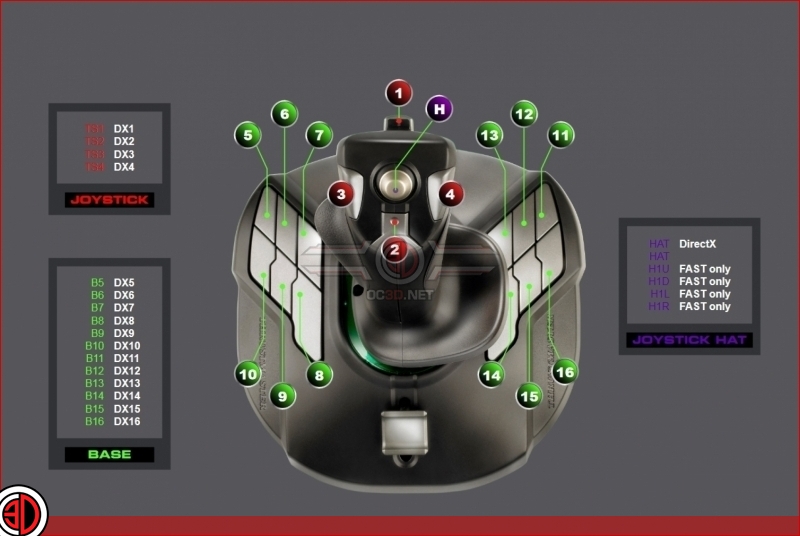 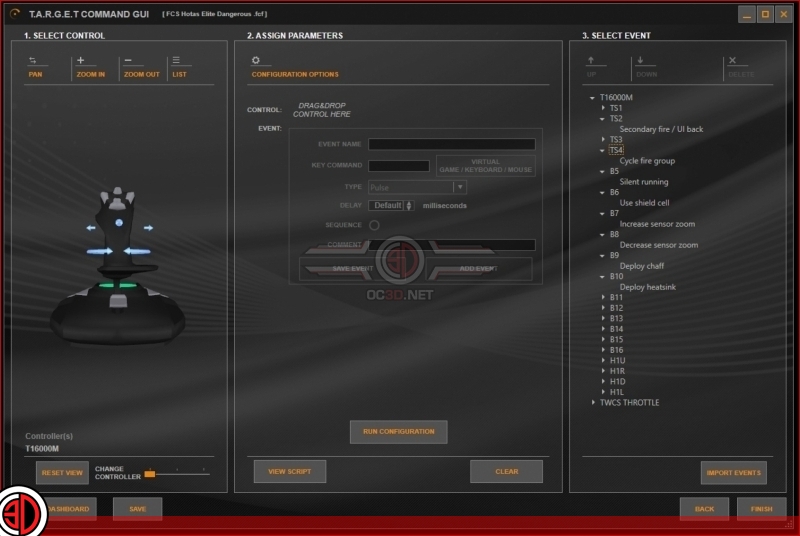 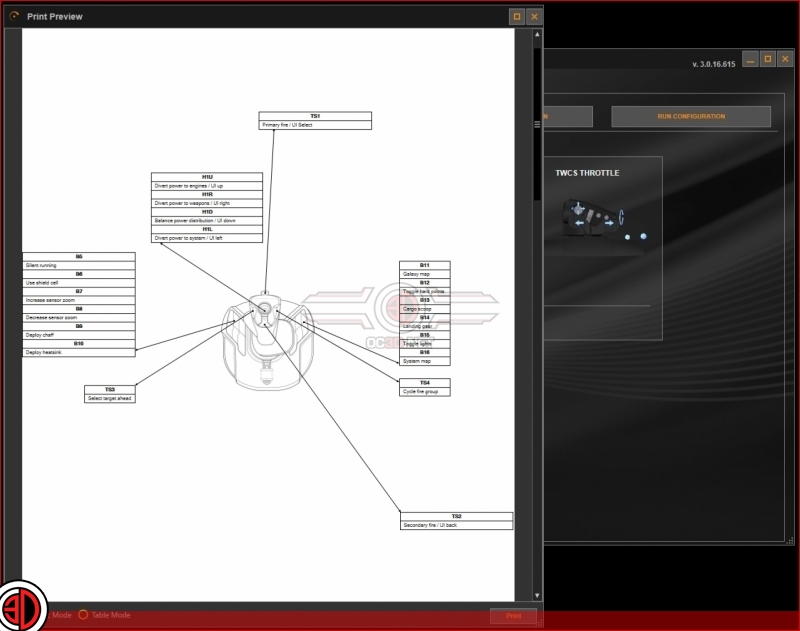 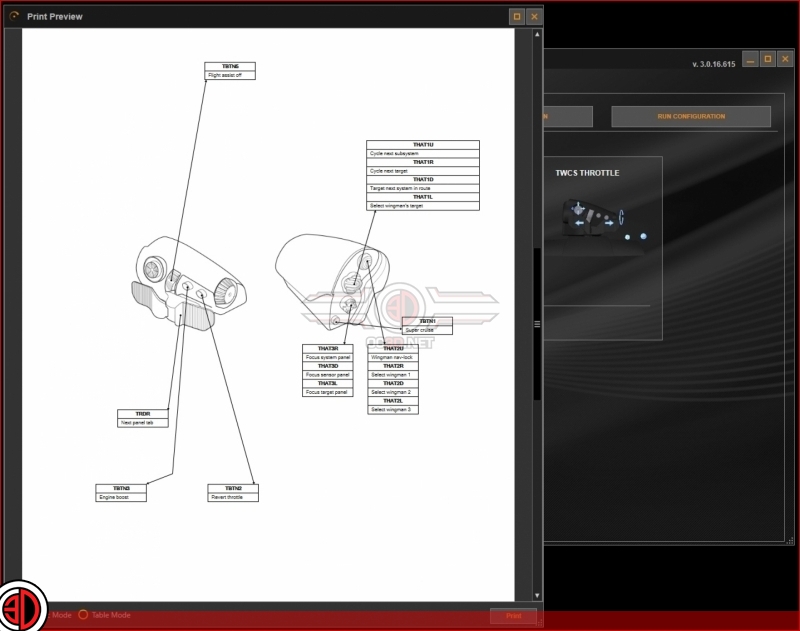 AlienALX
Wow, that's a lot of dough. Excuse my ignorance (and tiredness leading to me just skimming the review) but what sort of games does this work well with? Just wondered, 'cause the last stick I used was the MS Feedback one. And it was very good I must say

jimma47
Really good review Bryan. I'd be jumping on one of these if I didn't already have an X-52. A point to note is the throttle is also available separately for anyone that already has a T16000 joystick.

It's a shame the throttle isn't reversible for lefties but if you're using the thumb hatswitch for lateral and vertical thrust and the toggle rudder for yaw control using your right hand for pitch and roll is probably pretty convenient anyways.

I've often wondered about Airbus flight decks with the stick on the left for the pilot and on the right for first officer. I wonder if the flight crew always sit that way or whether the captain calls shotgun.

It's interesting there seem to be two schools of thought on space sim control - depending on whether you have a traditional flight control upbringing (pitch/roll) or console style (pitch/yaw) as the main controls. Like anything I guess you adapt pretty quickly but I can't get out of the habit of rolling my ship before pitching in the direction I want. Must be less efficient in combat you'd think. The Last Starfighter had it right - dual sticks for gunnery all the way.

SuB
Quote:
I can vouch for it working well with Elite Dangerous and DCS World's products, the sensor upgrade in it is worthit over the x-52 series, it's on-par with the accuracy of the Warthog now just a step down on build quality

Really is a neat little stick and throttle for the money.Quote

Ando
Good to see someone else has put in the hard grind for the cutter also, ED fan boys unite!Quote
Reply